I'm Officially An Adult And Teenagers Scare Me
Odyssey

I'm Officially An Adult And Teenagers Scare Me

My Chemical Romance was right. 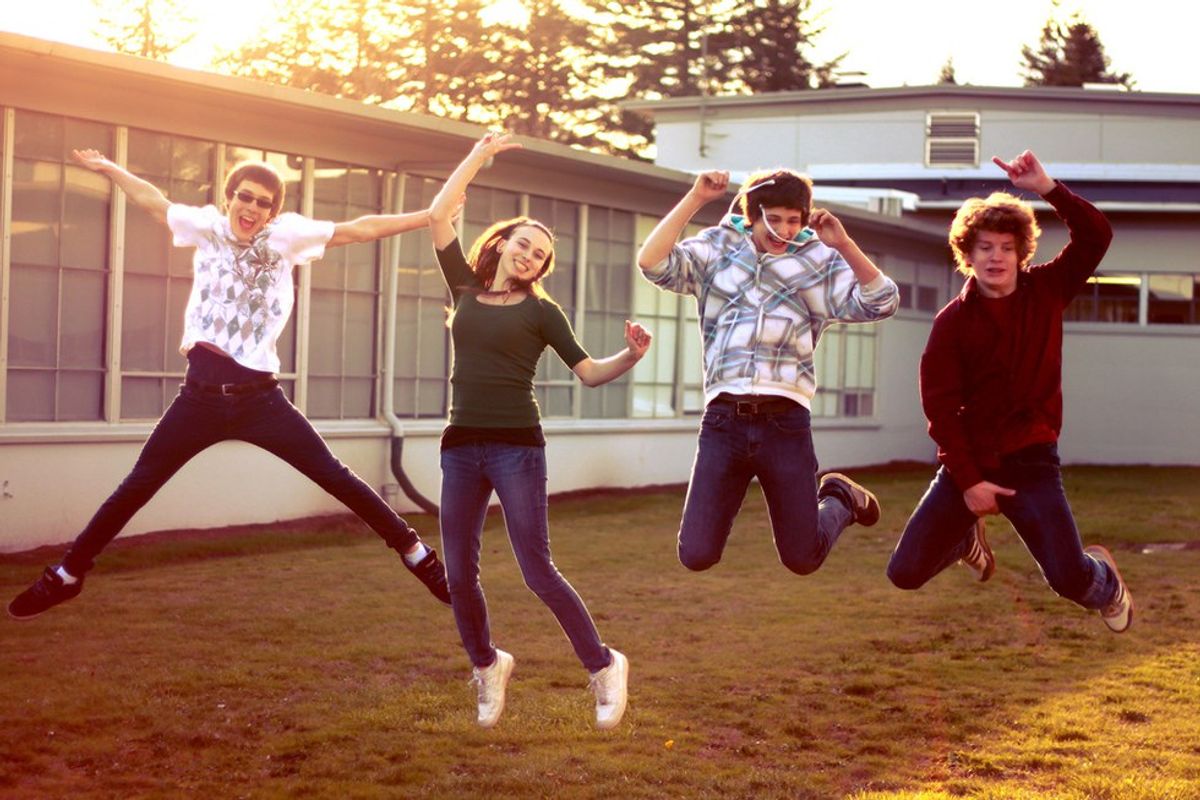 Disclaimer: Yes, I see the irony. No, I don't think teenagers are actually demons.

Over the past three years since legally becoming an adult, my perspective on various things has changed. I’ve gone through different phases of clothing preferences, hairstyles, the language I use in casual conversation and different ethical standpoints.

As a teen, I bopped my head to My Chemical Romance’s song “Teenagers” as only one infatuated with their unconventional approach to music and style can. But it wasn’t until, well, the last year or two that I’ve begun to hone my legal status as an adult, take a couple glances at the younger people around me and then consequently realize: Teenagers scare me.

In coming to this realization, it's funny to think that at the time, being a teenager made me feel so powerless. There were adults always going the extra mile to assert their authority—especially if you were openly rebellious enough to question them—and I think that gave me the false impression that as much as I wanted to believe I was worthy of being respected, I was still the lesser; I was still the powerless, moody teenager in a world of adults that were constantly telling me I didn’t know any better.

Were they right? Sort of.

But taking a look at the teenage population now, just a few years older than them myself, I’m realizing that teenagers are not powerless. They're actually a very intimidating population because at least some are going to grow up to fill positions of authority that will have the opportunity to potentially create some major ripples in life as we’ve known it.

According to the fact that’s been cited to me several times since I was one of those openly-oppositional teenagers, human brains generally do not fully develop until a person is well into their 20's. Let the record show, I have not reached this age yet myself, so my brain's got ways to go, too.

Meaning, as sound as we think we are as teenagers in our thought processes, we aren’t always able to see the full picture. Not in the sense that teenagers aren't educated enough, but rather that there are legitimate neurological limitations. It's not just some wave-of-the-hand young person stupidity.

Personally, I'm glad I didn’t have the fate of the world in my hands as a teenager, because:

That being said, I do wish I hadn’t felt so powerless. Or unheard. There are adults that do try to effectively communicate with teenagers and make them feel heard, but I wonder if those that didn’t, refrained from doing so because they internalized the same fear I’ve expressed here: that teenagers are going to have power, and when teenagers are saying some things that scare you, thinking of them having that power is terrifying.

And what better way to avoid that terror than by squashing the ideas of these people who have only in recent years stopped believing in the power of cooties, and telling them that their ideas are inferior to those of the adult mind?

Teenagers are scary. They’re always going to be scary to the generations chronologically above them. Not because they are all dictators reincarnated, but because as each generation gets older, we will all have to increasingly rely on those younger to make intelligent decisions. And passing off that kind of control is daunting, especially when there are important things at stake, such as governmental policies, and by extension of that: the future of the world. Because people age everywhere, not just in the United States, and when new leaders rise, we all want to hope that those new leaders will make decisions that will lead the world towards progress rather than some apocalyptic mess.

And obviously, letting teenagers use dehumanizing (literally) filters with their phones is what’s going to catapult us into that pit of Hell.

My point is that, as condescending or ridiculous as it sounds, teenagers do scare me. Not because I believe they're bored enough to come kill me in my sleep, because adults and even children could do that, too. They’re not that special.

Teenagers scare me because they’re experimenting with their identities, they’re learning who they are and they’re on their way to who they’ll eventually turn out to be in adulthood. Not to say that adults can’t have a change of heart, but at least as a 21-year-old, according to that developmental theory, I'm getting closer to that completed brain development. And by extension of that, the added insight you can only gain from being alive on Earth those few extra years, .

So when I say teenagers scare me, it's me expressing my fear that the teenagers that have not yet learned, won’t. That the characteristics adults pray teenagers will grow out of come adulthood won't fade after all. That's not to say I’m perfect either, or that I’ve “learned," but I think I’ve learned the basics of what understanding is needed of me to be a decent person. And I think that's a universal hope for everyone, regardless of age.

And hey, people my age freak me out, too. People older than me freak me out. But I think teenagers have a certain power that people either don't give them enough credit for, or are in denial of because of that fear of how teens will manifest that power in adulthood.

Teens, you freak me out. But make whatever good choices you can, and we're all good.