President Obama: A Legacy Of Humility

Remembering a legacy filled with inclusiveness, hope, and kindness 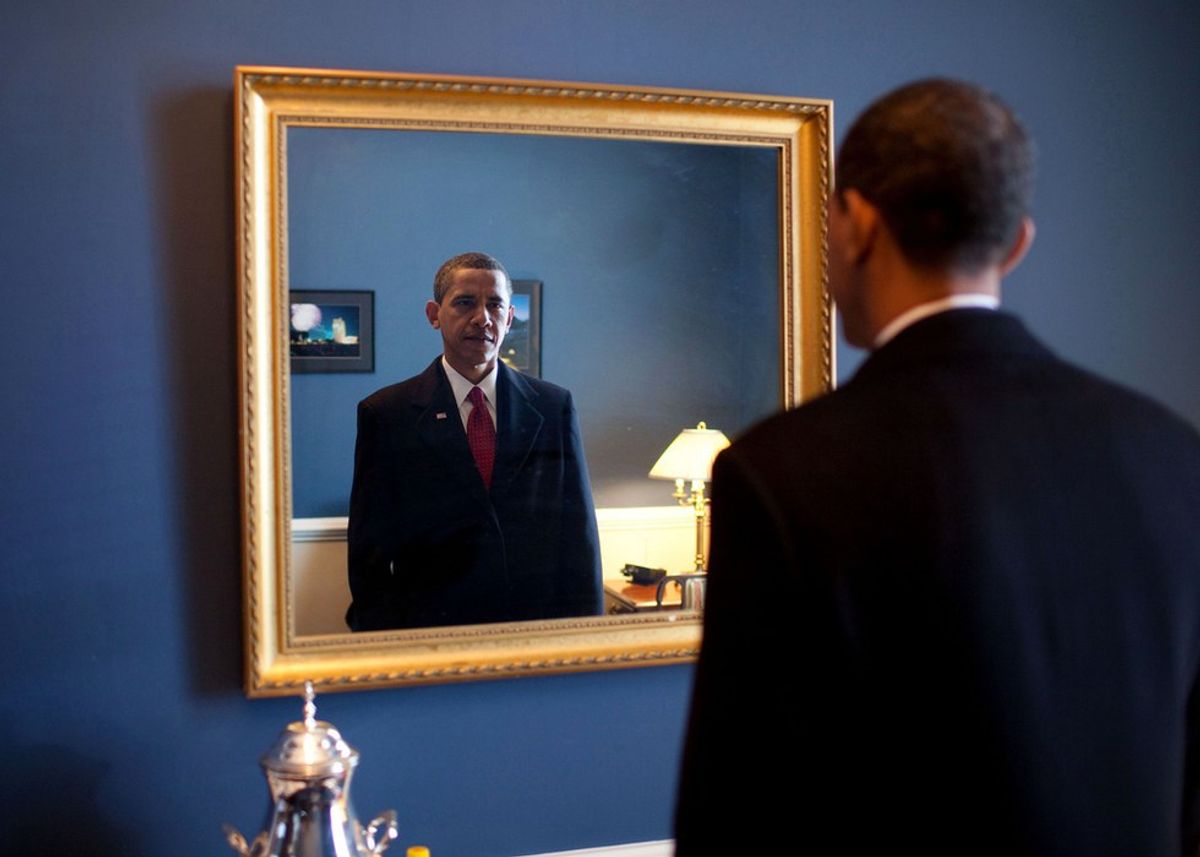 Before Barrack Obama was president, he was a simple man. He was a student, a lawyer, and a family man who would later become involved in politics and be known as the 45th President of the United States. However, as president, people tend to fixate on their own problems that just don't seem to be granted and this results in anger and negativity.

While it's understandable, the media, the frustrations of the people, and the infectious hatred cause people to forget that these politicians are human beings first.

They are people who, just like us, grieve and wallow in frustrations. They too are upset, exhausted, and mourn in the face of difficulty. This is especially the case when they are in charge of a nation; they bear the hardships of millions and do all they can to bring the people of the country to a stronger standing. They cry with us, they fight with us, and they rise with us. Some leaders possess such a graceful aura of class where it's important to understand them as people first and place an emphasis on humility. It seems that people are beginning to forget the social constructions and basics act of kindness and etiquette but there is one individual who is the true embodiment of such noble virtues: Barrack Obama.

As a 19-year old, Barrack Obama was very much the only president I've ever known. He's served the United States for 8 years and I could not be more proud to have such a gracious role model through all these years. My generation is one characterized by ambition, education, and progression. However there is more than just that. Obama's heartfelt leadership has extended to the nation's youth as being ambitious, inclusive of people, and staying hopeful during a time where basic values of respect and kindness are being threatened by violence and animosity.

Whenever he stepped up to the podium and spoke about an achievement to be proud of or to stay strong after the Sandy Hook shooting, he held a tone of gentle sincerity that truly made me accept that everything will okay soon. It's the enlightening humor, the charming charisma, the undying sense of hope, and the relentless love he has for his wife, children, and the people of this country. When he speaks about the future of the country, he speaks with empowering optimism that truly felt convincing.

He doesn't dwell on the negativity. As soon as he was inaugurated as president, it was difficult for him to heal a country after such a destructive presidency. But he did so with grace and diligence. He does not waste his time mocking foreigners, nor does he ever have the mentality to fall so low as to insult women and disabled individuals. Some may say: it's just words. However, the president of the United States must be a role model for every citizen of the country. That means having the basic principles of respect and humbleness.

It's tough to persevere for 8 long years but he has done so with so many historical achievements that no one can deny. And while he may become discouraged and troubled from the nation's problems, he never forgets to rise and fight for the people.

His message of "Yes, we can!", the corny jokes at the correspondent dinners, the tears he shed after the Sandy Hook Shooting - these are all things that radiate of integrity and heart. Rather than dwelling on the emotional suffering on tragic events, he took action so that the country can take steps in making sure such unspeakable occurrences never happen again.

From advocating for gun control to brokering a nuclear deal with Iran in order to neutralize the tensions with Cuba, to fighting for LGBTQ rights, Barrack Obama has become one who is able to act on problems to promote security and inclusiveness for the country. While he took care of these issues, his wife, Michelle Obama, was just as busy.

Michelle Obama made the White House inclusive and fun for many. She advocated for activeness and healthy options for children and she showed the world that individuals can succeed in a toxic environment. Despite the numerous remarks of being compared to monkeys, terrorists, slaves, and other disgusting labels, the Obamas always stayed true to the message, "when they go low, we go high".

Now our country has a new president. There is divide amongst the American people and restless protesters who fight to keep this a country of inclusiveness, kindness, and respect. While a new chapter starts, one must never compromise the humility that our former president has emulated.

Stay graceful. Stay humble. Be respectful to one another and be accepting of people as they are human beings like us. Do not let your frustrations and anger compromise your humility as this leads only to a painful cycle of destruction. It's simply important to remember the legacy that the Obamas left behind and remember what they stood for.

And finally, we must stay hopeful for a brighter future that we can all achieve if we remember one simple thing: we are all human.

QueenRadhi
The State University of New York at Stony Brook
2973