The Ghost Ship Fire & The Need To Honor Those That Died 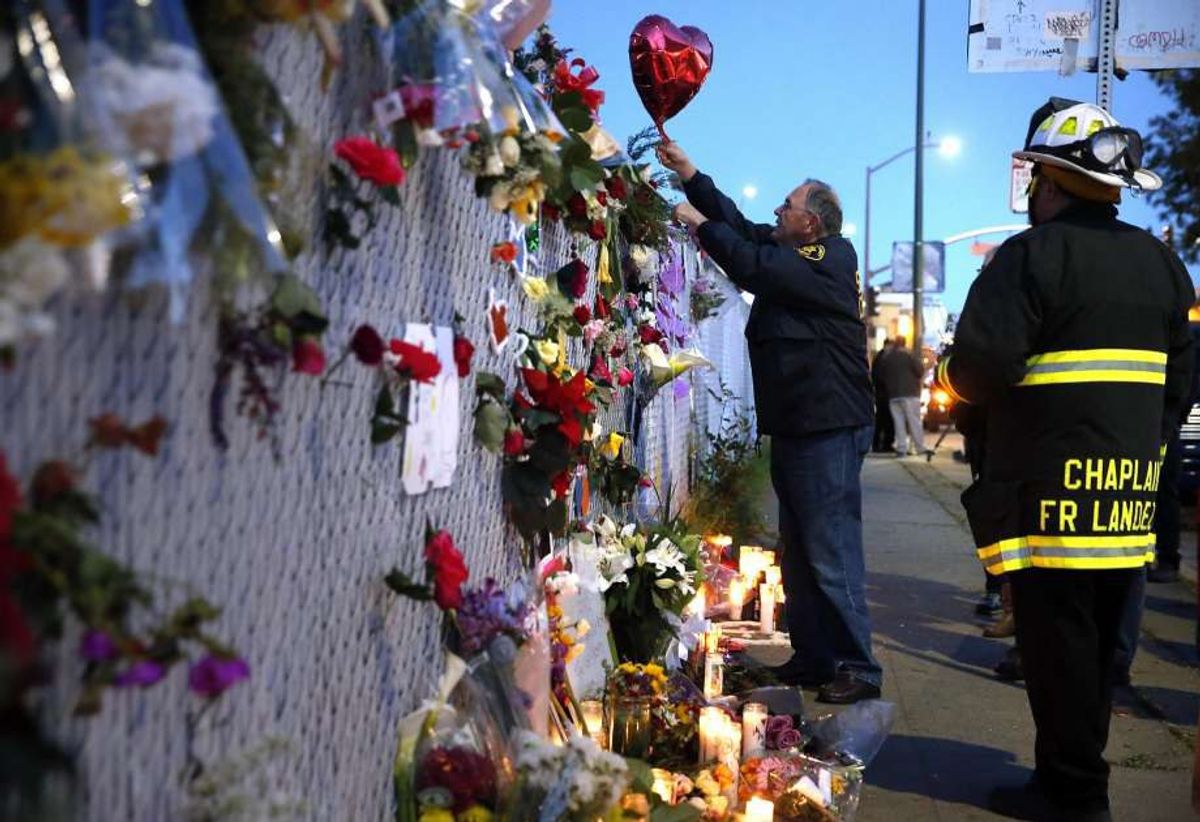 On December 2nd, 2016, "The Ghost Ship," (a warehouse located in Oakland), went up into flames and took 36 lives with it. A house and studio for artists, the location also doubled as a venue for multiple events, like the one that was taking place on the night of the fire. While The Ghost Ship was a super cool place, the safety within the building was not as regulated as it should have been, making it a death trap. It "was chockablock with raw wooden fixtures, outfitted with improvised electrical and heating systems and featured a shaky staircase made of shipping pallets" (NBC News).

The Ghost Ship, following the blaze had been a constant in my thoughts. Prior to that Monday (December 5, 2016), the people that had died were not people I had a personal relationship with. It was clear though that I had mutual friends with some of these people and because of that I felt a need to learn about them. It was on that Monday, that I was reading an article online, going through photographs and blurbs about the confirmed dead that I came across the missing people portion... I cannot explain the feeling I felt recognized a familiar face. It was later that night that I found out that a friend's body had been found and that she was confirmed dead.

Upon finding out she had died, I was overcome with an overwhelming amount of anger that this had happened, to her, and to all of the other people that had been at The Ghost Ship.

Because of the anger that I had built up over the weekend from reading the articles and finding out that a friend died, I made a decision to start making art. It's undoubtably hard to not be home during a time like this and because of that I've had to make a conscious effort to not break down. It might be because I am an artist too, or it might be because this is home, or because all of the people that died meant something to me - that this effected me as much as it has. I've come to understand though, that while I would like to stop and mourn that I can't. I can mourn of course but because of the voice I have, I instead have to be loud and share this with people around me. I have a responsibility to bring awareness about this and to share the stores of those that have died.

It's close to my heart and if it has effected you at all, I encourage you to share this and help memorialize these beautiful souls that died. Please read about the stories of the victims, here. Please read about Michela Gregory here & here.

Rest in Peace Michela Gregory. I love you.

QueenRadhi
The State University of New York at Stony Brook
3329