An Open Letter Response To The Notre Dame 'Leggings Mom'

A response to "The legging problem." 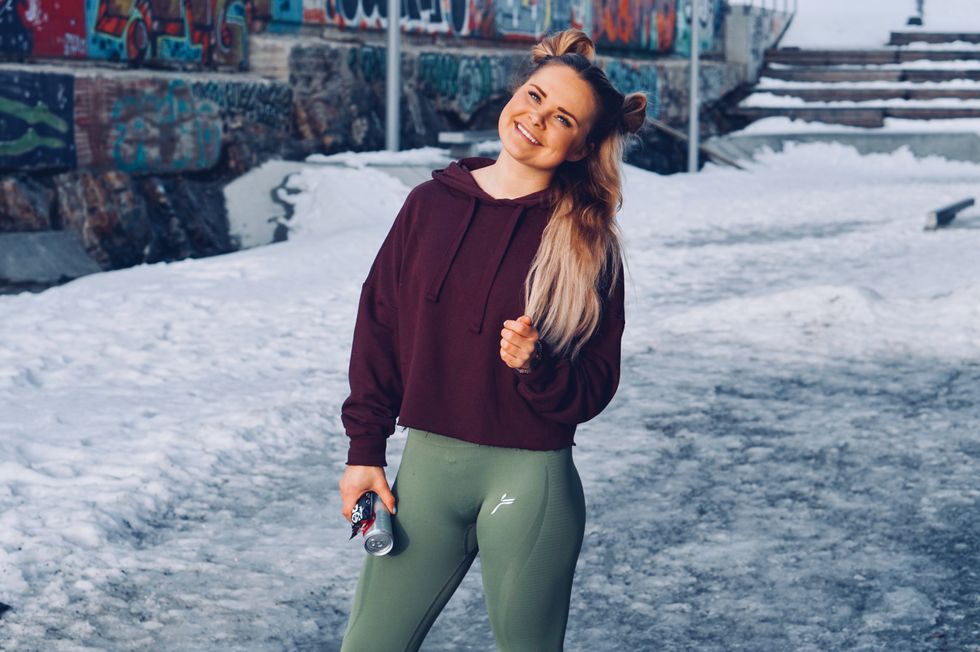 I don't go to Notre Dame, but I have a lot to say about your letter to the editor.

I have a problem with your letter.

You say, "A world in which women continue to be depicted as babes... makes it hard on Catholic mothers to teach their sons that women are someone's daughters and sisters. Those women should be viewed first as people, and all people should be considered with respect."

You're entitled to your opinion, as is everyone in the "leggings as pants" debate, but what you said enforces toxic behaviors. You aren't the first person to publicly admit to hating leggings, and you won't be the last. You aren't even the first person to dislike them because they can be a little revealing. You call it "the legging problem" because you're trying to save your precious, fragile sons from the female form.

First, you say that women are depicted as babes in media, which is absolutely true! Women are oversexualized in the media because sex sells. Sure, wearing the right pair of leggings can give you a huge confidence boost, the same way wearing the right pair of jeans or a cute sweater or some new heels can, I might add. But most women don't wear leggings to cater to the male gaze. I might feel sexy wearing leggings, but I'm not doing it to turn on every guy who sees me.

It's like wearing makeup or a new crop top. Chances are I feel cute, and I'm hoping some girl will stop and tell me she loves my outfit.

You also say that women wearing leggings "makes it hard on Catholic mothers to teach their sons that...all people should be treated with respect."

What I wear isn't equal to the amount of respect I deserve.

By implying you can't teach your sons to respect women if they're wearing form-fitting clothing like leggings, you're perpetuating harmful behaviors. It's like blaming a woman for her rape by asking what she was wearing; the two have no real relationship, but it's easier to blame a woman instead of blaming the man at fault.

The problem isn't that you can't teach your sons to respect women if they were leggings, it's that you don't want to. Everyone has fashion trends they hate, and you happen to hate leggings. But to equate leggings to Princess Leia's slave bikini? That's a stretch.

You write, "...you couldn't help but see those blackly naked rear ends. I didn't want to see them — but they were unavoidable. How much more difficult for young guys to ignore them."

Plus, if you're really going to criticize any article of women's clothing, it should be low-rise jeans. Leave leggings alone.

feminism
Report this Content
This article has not been reviewed by Odyssey HQ and solely reflects the ideas and opinions of the creator.
Swoon

It's Time We Stop Pretending Hyper-Sexualization Of Children Isn't An Issue, It Is

She's The Girl About To Speak Up, And She'll Make The World A Better Place

The Word 'Feminist' Has Been Distorted And Twisted With False Connotations