All Lives Do Not Matter
Odyssey
CurrentlySwoonLifestyleHealth & WellnessStudent LifeContent InspirationEntertainmentPolitics and ActivismSportsAdulting
About usAdvertiseTermsPrivacyDMCAContact us
® 2023 ODYSSEY
Welcome back
Sign in to comment to your favorite stories, participate in your community and interact with your friends
or
LOG IN WITH FACEBOOK
No account? Create one
Start writing a post
Politics and Activism

All Lives Do Not Matter

See the other side to every story. Try to understand. Be compassionate. 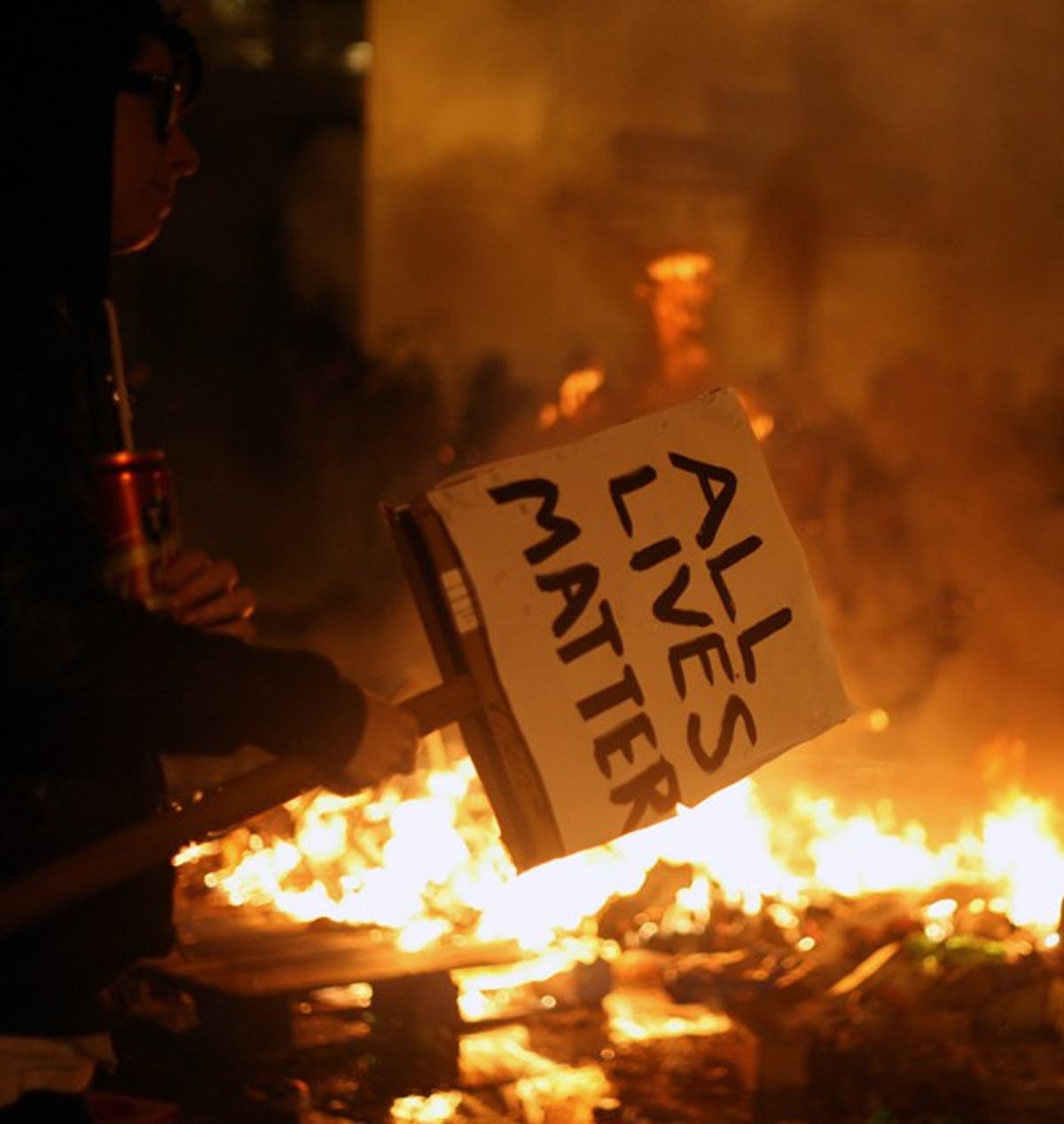 This is for the people who are angry over the Black Lives Matter movement. "All lives matter" is usually the comeback for those who don't agree. Well I'm here to tell you that that's not true. For Americans, "some lives that I think are important and I care about matter" is the real mantra.

There has been tragedy all over the world. The Middle East and European countries especially are experiencing mass casualties due to terrorist attacks and bombings. Now, Americans can usually get behind and support those cities like Paris and Brussels, but what about those innocent lives in the Middle East who are dying every day? It seems like those are the people we are fighting against, but they're not. They're actually the people who are trying to survive and escape to our country. We're turning them away. All lives do not matter.

Let's go back to Paris and Brussels. We all change our Facebook photo to have a Paris flag filter and spread a hashtag that says pray for Brussels, but what are we actually doing? We're not donating money, we're not donating resources, we're not volunteering, we're not trying to help in any way because it is not convenient for us. Our loved ones and the people we care about are safe and we spent the five minutes of our day being sad and sharing something on social media, so we did our duty. All lives do not matter.

There is gun violence all over the country. I'm not saying we need to take guns away, but no one is doing anything. People are upset because the government is trying to take away their guns. It's not. It's trying to make stricter laws on how to obtain a gun. I know if someone really wants to kill someone they probably will either do it another way or find a gun, but isn't it worth a shot? Doing something is better than doing nothing. Thinking that our country is fine the way it is and not wanting any sort of change is a clear sign that to you, all lives do not matter.

People not of the white race have suffered for a long time from segregation, racism and prejudice. The fact that African Americans are standing up for their race is nothing that anyone should be angry about. I don't see firefighters or paramedics getting angry over the Police Lives Matter movement. It's because they know they are not the ones being targeted. Blacks are being targeted, not whites. If they don't stand up for their race, no one else will. If the Black Lives Matter movement bothers you, then all lives do not matter.

Love everyone. Some people were raised rough. Some weren't raised at all. Don't be quick to judge. See the other side to every story. Try to understand. Be compassionate.

Nicole Marie Nigro
Individual Creator
9205
c1.staticflickr.com
Where to start...... Let me start with the cliche that life throws us curveballs and what we do with it is what counts.