Not All Cops Are Bad — To Me, A White Woman, And That's The Whole Damn Point 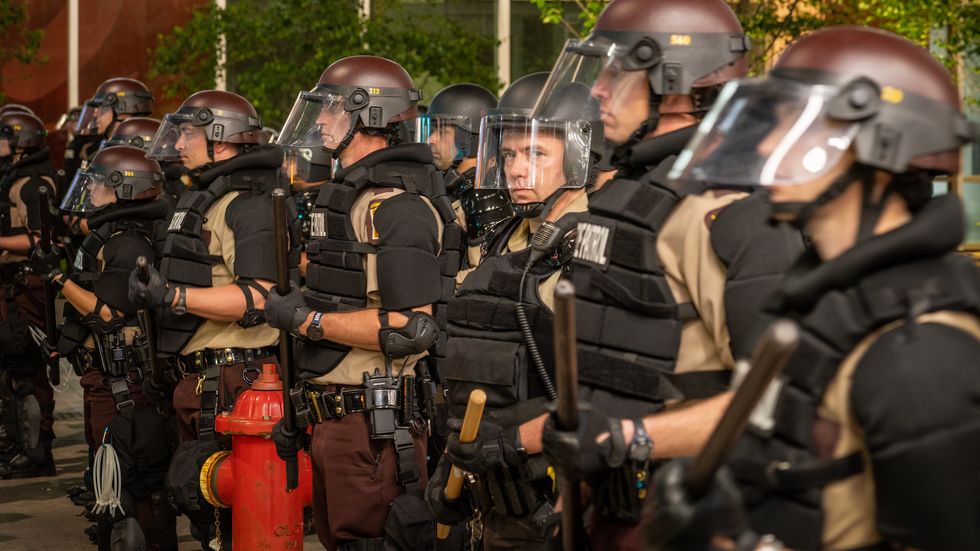 Until very recently, I've been on the side of "not all cops are bad." The overgeneralization rubbed me the wrong way. Every time an unarmed Black person was killed by police, people would start saying that "all cops are bad" and I just didn't agree. I remember fun cops at our school! A nice cop pulled me and my friend over! A cop comforted me while I panicked about a ticket! Those cops that I interacted with were good, right? So if I have had experiences with good cops, all cops can't be bad.

But then I thought... are they good cops? Or were they just good cops in the specific interactions they had with me?

Would the cops at my school have been so fun if they were working with predominantly Black students? Would the cop who pulled me and my friend over for driving without our headlights have let us off with a laugh and a warning if we had a different color skin? Would I have been treated the same if I looked different?

But then, they stood and watched as a man pleaded for his life as their colleague killed him.

The kindhearted, generous, "good" cops I've had interactions may have told the killer to stop. They may have physically removed him if necessary. But if people argue that 99 percent of cops are good but 100 percent of the cops present did nothing to prevent a man's death, you must grapple with the possibility that the "good" cops you know may have also done the same.

So here is the crux of this perspective: I don't know.

I don't want to assume that every nice police officer I've interacted with would be racist, would kill an unarmed Black man, would stand by while he or she watched someone else do it. But I can't assume they wouldn't.

Because all of the experiences I have had with the police have been as a white woman.

My experiences are biased. I don't "look like a threat." I can't tell you that there are good cops out there because I know them, I've seen them, I have been pulled over by them... because I simply do not know if the kindness extended to me would have been extended to someone who looked different.

And I can't know.

We cannot assume the experiences we have with somebody are entirely indicative of who they are, especially when we have them in passing, such as an interaction with law enforcement. It is similar to when a man is accused of rape or sexual assault, and people claim that it couldn't be because he is "so nice" or "wouldn't hurt a fly." Your positive experience with him cannot encompass all of his experiences with everyone. Your memories and experiences about a person do not comprise who they are.

And in my experiences, that cop was interacting with a white woman.