North And South Korea: Besties Or Frenemies?
Odyssey
CurrentlySwoonLifestyleHealth & WellnessStudent LifeContent InspirationEntertainmentPolitics and ActivismSportsAdulting
About usAdvertiseTermsPrivacyDMCAContact us
® 2023 ODYSSEY
Welcome back
Sign in to comment to your favorite stories, participate in your community and interact with your friends
or
LOG IN WITH FACEBOOK
No account? Create one
Start writing a post
Politics

I'm not buying it. 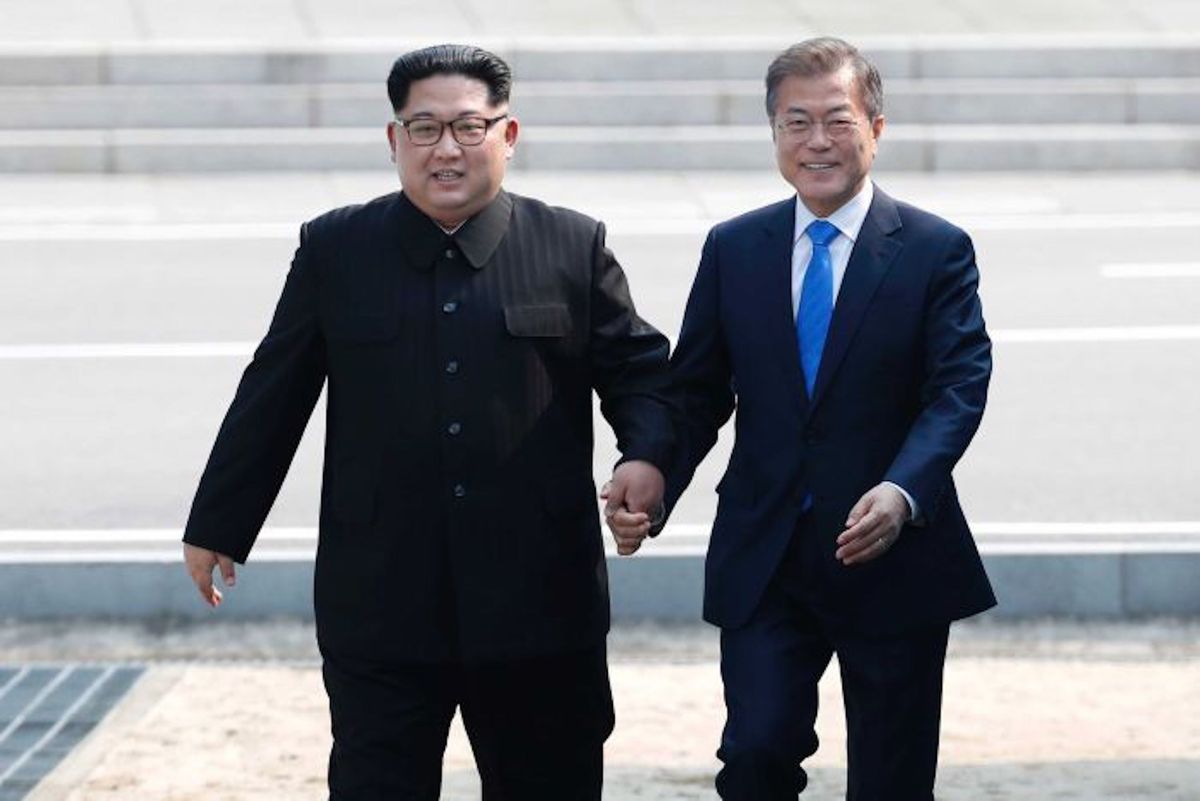 Here is the low down on the basics (who, what, when where, and why) of what it is you need to know when it comes to the recent development between North Korea and South Korea. Watching Fox News and CNN is probably not on the top of your priority list, but it is important to understand what is going on throughout the world. This situation, in particular, is important because of the discussions about nuclear missiles, war, and peace.

Who is Kim Jong-Un?

Simply, he is the five-foot-seven-inch dictator of North Korea and best friends with Dennis Rodman. Yeah I know, random right? Anyways, this guy throughout the previous weeks, months, and years leading up to this point, has been working on his nuclear warfare knowledge. With missile testing and sights on his not so beloved countries (i.e. The United States of America), the growing unpredictability behind his intentions were worrisome, to say the least.

Who is Moon Jae-In?

With his forerunning political statement, "fairness and justice will be the base of my government", Moon is a politician and the president of South Korea who has only been in the position for almost exactly one year now. Although his presidency has just begun, he is now part of one of the most historical moments that both Korean countries have seen, as well as the world.

What exactly is going on?

War: It all began after World War II when Russia and the United States had to split up countries. The agreement was that the USSR would take North Korea while the US would take South Korea. This resulted in the north becoming controlled under communist rule. In 1950, North Korea invaded the south, eventually needing help and support from the United States/ United Nations. As a result, the DMZ (Demilitarized Zone), the 38th parallel, came into existence where neither side was allowed to fire at one another and where negotiations would take place.

Peace: Fast forward to April 27th, 2018 Kim walks towards, through Panmunjom (truce village within the 38th parallel) and steps over the South Korean border greeted warmly by Moon. With handshakes and smiles, the two leaders were ready to negotiate and meet to discuss denuclearization and what the future holds for the north and the south. Finally, the Panmunjom Declaration was signed, kindling a relationship for future generations to witness and experience.

How does the United States play a role?

Since a great number of American troops are in South Korea and the greater potentiality of North Korea bombing the US, America has always been involved.

Our role was to help our ally, which we did, and it is what we have continued to do to this day. Because of our involvement in the war, we are also involved in the peace. It is being stated that Donald Trump will meet with Kim sometime within the upcoming months and acording to PBS they "are moving towards what would be the first-ever meeting between a sitting U.S. president and North Korean leader".

As for the "why" factor?

The New York Times discusses how Mr. Trump has stated that he believes Kim is being sincere about denuclearizing and wanting to seek peace. This is a huge deal for both leaders. With upcoming meeting and discussions, the reasoning behind peace will hopefully become clearer and clearer. In my opinion, a small part of me seems to believe that the North Korean dictator is putting on a show/act; As the saying goes, "keep your friends close, and your enemies closer".

Nicole Marie Nigro
Individual Creator
6965
c1.staticflickr.com
Where to start...... Let me start with the cliche that life throws us curveballs and what we do with it is what counts.