What Happens When You Lose Your Headphones For A Month?

I Accidentally Took A Headphone Detox, But I Didn't Last Very Long

Life without music is actually a little unsettling. 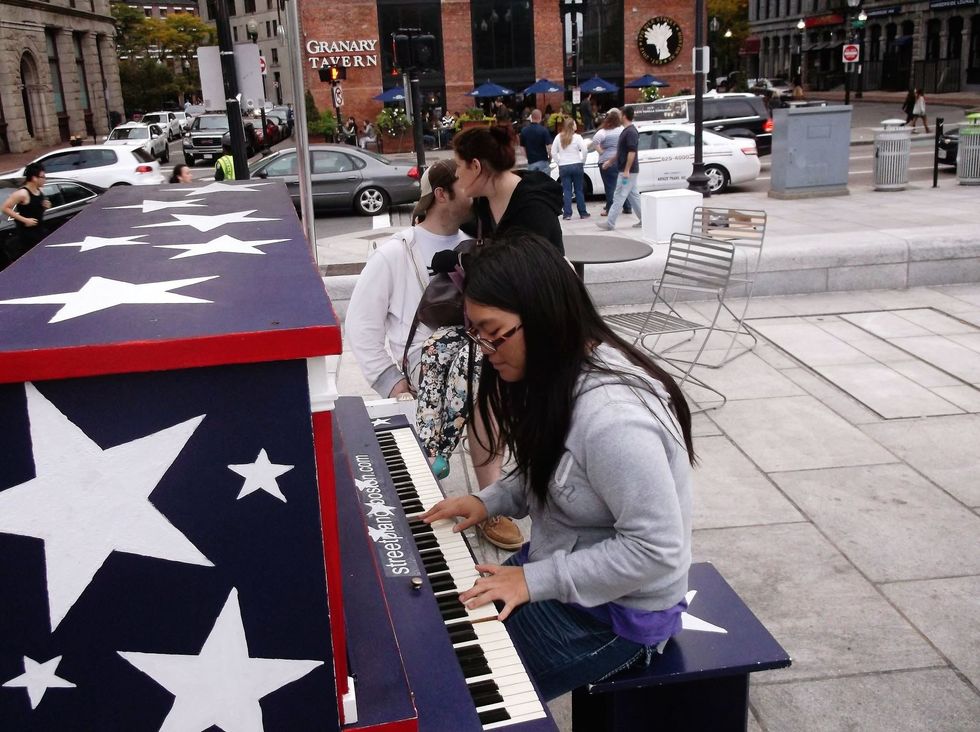 When I moved in this year, I brought everything in shambles. There were boxes, sure, but the number of loose items I put in bags and brought in was astronomical. As I put my things in order, slipped my sheets over my bed and prepared for the onset of junior year, I realized I lost several things along the way. They were pretty minor things -- a sweatshirt, my hairdryer, an umbrella -- things that I eventually found or had to repurchase. Somewhere in the confusing shuffle, I lost one important thing: my Bluetooth headphones.

I assume they got lost somewhere between the car and the dorm when I moved in. And everything would've been fine, had my headphone jack not broken two days into the school year. So not only was I down a pair of headphones, I was deprived of constant music until I could get a new pair. As someone who loves music with a passion, I was pretty sure I could see the end of the world from where I stood.

The first couple of weeks were fine. I was so busy trying to get acclimated to the new schedule and workload that I didn't really notice the lack of music narrating my walks to class, or when I walked home from rehearsal at night. Granted, I spent a lot of it trying to rush from my dorm to class, but it stands. I told myself it would just be until I could afford a new pair, it wouldn't be too long. Besides, it was fine.

Walking in silence is unusual for people nowadays. Almost every person I pass on campus has a pair of headphones in, and if they don't, they're most likely talking to a friend. I've been walking with my headphones in for so long, I've almost forgotten what it's like to walk in silence. It was kind of peaceful, and I got to understand my campus through silence and the people around me rather than through artists who hadn't actually been there.

Then my schedule really set in.

I spent a lot of dinners eating alone. I walked to and from class alone. I was still walking back from rehearsals alone. To top that off, my life put me into an unshakable funk, and I was finding a lot of moments where I wanted to wallow in my sadness, except I didn't know how to without a queue list of Sara Bareilles. I could only do so at night when I was holed up in my room with my laptop and bulky headphones, and even then it was three in the morning and I was trying to churn out the assignments that were due.

To make a long story short, I have headphones now. I spent last weekend walking home at ungodly times, and silence was not my friend then -- I caved and bought the cheapest pair I could get (college students, am I right?). Already there have been moments where I've stopped during a song and just danced because I could. It was like introducing music back into my life after having it kept out of my life for a month straight. Which, I realize, was what'd I'd essentially done, but elevated to a much more dramatic level.

Today, when I walking to class, the sun was out, the sky was blue -- and I had some Vance Joy playing. Life was good.

13 Qualities GOOD Friends Have That Help During The Tough Times

5 Things You Forgot To Thank Your Best Friend's Mom For

A Letter To My Friend Who Replaced Me With Her Boyfriend

To My Best Friend, After My First Month In College