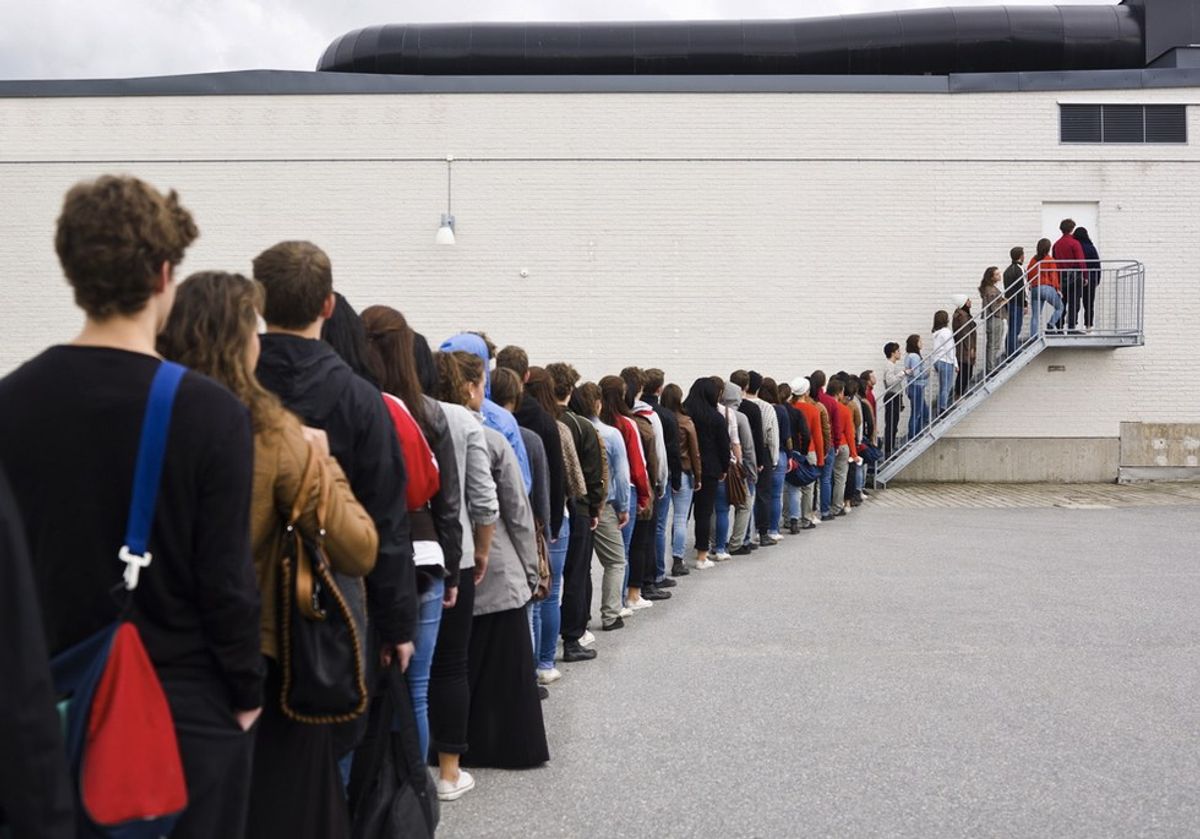 So, you woke up this morning, brushed your teeth, and decided that you want to be the President of the United States of America. Immediately after, you looked yourself over in the mirror and wondered, “What qualifications do I possess to obtain such a position?” Boy do I have some good new for you—you don’t need any!

The fact that there are little to no requirements to become the President of the United States of America is quite perplexing. If the 2016 Presidential race has proven anything, it’s this: there is a glaring gap in the qualification and experience department to become President. After all, we’re not talking about just any job here! We’re not asking someone to greet people as they enter the department store, or demanding hot french fries and fresh cheeseburgers to be served through a window. The President of the United States of America is the face of our country, a position that should not be taken lightly, or bestowed upon an individual with so little care. Yet, I feel like that’s exactly what may be happening this upcoming November.

Sit down and seriously ask yourself: how can a Presidential candidate have exactly the same amount of political experience as a can of expired tuna? A Presidential candidate should at the very least, obtain a law degree; after all, more than half of our country’s Presidents have held a law degree before being elected into the position. More importantly, a candidate should have some form of government service experience on their resume. It doesn’t matter the level of political experience, just the fact that there should be a minimal amount of political experience. Of course, this is just my personal opinion, but I feel like we need to go back as a country, and place a higher standard of importance on the most prestigious position this planet has to offer. I feel something has to change.

I understand the other side of the argument, it’s a public position and the only actual requirements are that a candidate be thirty-five years or older and that they are a natural–born citizen. Perhaps those standards are outdated—forgive me for daring to question the American forefathers—but I feel many of the rules that built America need to reexamined and altered.

Let’s go ahead examine the reasoning for experience and qualification, for just a brief moment. Let’s say you’ve decided to become an elementary teacher, would a Principal hand over a class of twenty-five kindergarteners if you lacked the proper amount of education, and more importantly, the licensure to teach children? Ask yourself this: would you place your child’s future in the hands of an unqualified teacher?

If you’re not convinced, here’s another great example. What if we were talking about a doctor? Let’s say that you are having some chest pains and you decided to make the oh-so necessary trip to your local hospital. You park your car to the best of your ability and head into the emergency room. The front desk employee informs you that it’s quite busy and your wait will be very long. You mentally prepare yourself for a long wait, when all of a suddenly, the front desk employee informs you that she has great news! Bob the janitor was thinking about becoming a doctor and would love for you to be his first patient! How does that sound to you?

I could write for pages, but I think you get the gist of my argument. There are hundreds and thousands of jobs that require a certain amount of education, licensure and other requirement in order for an individual to be handed the position. Yet, the President of the United States of America is required to be a certain age and has to place two feet on this soil at birth. This article finally brings us to the Republican Presidential Candidate, Donald Trump.

Donald Trump is backed by a astronomical amount of supporters that are infatuated with the fact that he is labeled as a political outsider Basically he has no experience and no idea what he is doing in this race, or what he will do should he win the Presidency. A few of the all-important duties that come along with being President are: Signing legislations, leading our Armed forced, setting foreign policies, appoints key personnel such as, ambassadors and justices of the Supreme Court. And these are just a few duties; yet, for some mind-boggling reason there are no qualifications or experience required.

Trump supporters believe that political insiders have ruined our country, and that someone with a long list of bankruptcies and failed business endeavors can fix what, they believe, is wrong with America? Exactly what am I missing here?

Those same Trump supporters actually believe Hillary Clinton should not become the next President because she is a political insider, and that having over thirty-years in American politics is a negative. Hillary Clinton’s political resume is so overwhelming she could possibly be the most experienced candidates’ that ever ran to become President of the United States of America. She has experience being the First lady of Arkansas, First Lady of the United States, United States Senator and United States Secretary of State. However, many people she her as a political insider and believe deep within their red hearts that she’s exactly what wrong with politics. Those same people think that we should hand the fate of our country over to a man so unqualified, he actually believes that he is qualified in foreign policy because he watches CNN and MSNBC.

Donald trump displays his inexperience every time he steps in front of a microphone and camera, and shifts in-and-out of half-cooked speech. His campaign is so poorly run it had to change personal more times then a losing sports team. The man has continuously pointed out the fact that he wants to “Make America Great Again” yet he fails to ever point out how or what needs to be done to achieve, what he believes is greatness.

Let me end my argument on this note: no matter the political party, the Presidential candidate running for the most important job in America should be subject to severe qualification and experience requirements. It’s a shame we allow anyone to slowly roll down an escalator, which they may own, and declare their intentions to become the President of the United States of America. If you don’t believe what I’m preaching, then go ahead and let Bob the janitor conduct open-heart surgery on your significant other. Go ahead and let that teacher with an eleventh grade education shape your child’s mind and future. After all, you’re tired of insiders with significant experience and knowledge, but as it shall be said for the 2016 Presidential election—be careful what you ask for!

Glorie Martinez
2067
Why I Write On Odyssey