Why you shouldn't take your kids to Stones River mall in Murfreesboro. 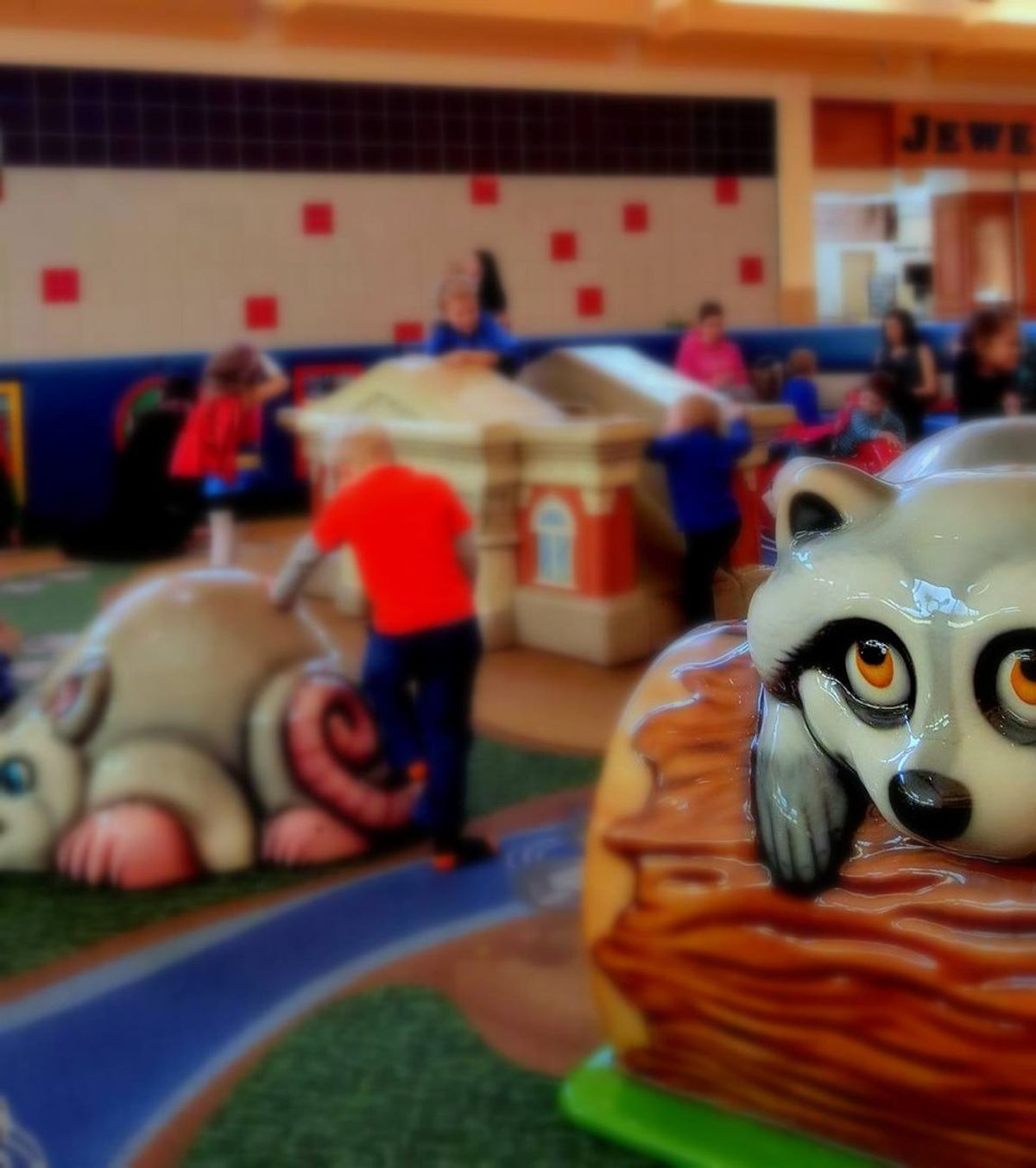 Rivergate Mall, Opry Mills, Cool Springs Mall and Stones River all have something in common other than clothing and perfume stores. They all have play areas for kids. While all of these malls share this common factor, not all designated play areas are treated equally. If you have ever been in Cool Springs Mall, you can hear the squeals of children all over the mall. The same thing goes for Opry Mills. They are happy places to be a kid. However, the same cannot be said for the Stones River Mall in Murfreesboro Tennessee. In fact, speaking from personal experience, the play area should be taken down completely.

A few months ago, a few moms from the local stay at home mom group, met up for a play date at the mall. Before this particular play date, we'd had several very successful play dates that lasted a few hours and sometimes we all got lunch afterwards. This had become a favorite play date for my daughters, especially because it was big enough for my oldest, yet small enough for my youngest. It was kind of a tradition to get a slice of pizza or Chinese before leaving the mall, so lunch and play was a great combo before nap time. We also would play before or after seeing Santa or the Easter Bunny.

Naturally, setting up a play date for similar aged kids made sense, and a few moms were saying they needed to shop while we were there, so why not give our business to a place where our kids can be kids, right? Wrong.

It was a few weeks before Easter, too humid outside, and a lot of us were going stir crazy from being kept indoors during the winter. No more than fifteen kids, most preschool and under, and maybe ten moms were present when a security guard came over and told the moms to make our kids be quiet or leave. At first, it was kind of shock factor because the kids weren't jumping around; most hadn't even taken their shoes off yet. On top of the children not acting disorderly, the security guard’s whole tone and attitude weren’t a professional authoritative one, but rather a bullying and demanding one.

I left a review about this experience on their Facebook page and did get a few responses from it. Turns out, there are moms who swear they'll never go back because the same thing happened to them. The marketing person for the mall did respond to my review saying that we should try one of their kid clubs or check out Chuck E. Cheese. Their exact wording was that it is "also a great, enclosed location for kids to act as kids do."

After my response of possibly tearing the play area down to not attract kids towards the area, I was messaged personally from a person in their marketing department, and offered tickets to Breakfast with the Easter Bunny and a free 5x7 print. While this might have been appetizing to some moms, I felt it wasn't enough because my kids weren't the only ones involved in this situation.

One mom, who wishes to not be named, had driven from Shelbyville Tennessee to meet up with a few moms and let her kids play. She had brought her oldest son, who has high functioning autism, prepared with books and school work to occupy him. While she was turned around trying to help her toddlers take their shoes off, a security guard asked her older son to leave the area immediately. Following orders, he did so. When the mom turned around, her son was nowhere to be found. Luckily he was not too far off, but things could have been much worse.

Since our said incident in March, things have continuously gotten worse. I am constantly seeing my news feed fill up with how Stones River isn't the place to be, or how the security guards have mocked the children. The only reason I have personally been back is because of a birthday party at Chuck E Cheese. Early last week, Susie King of Murfreesboro Tennessee, brought her two sons, six and four, to play at the play area after buying a lawn mower. She estimates that there were 12 to 15 children present, all small enough to play, and all playing very well. They were there for about five minutes before the manager of the mall came over and started shouting at the parents. The manager stated that, “you parents need to get your kid's noise levels under control.” Of course, five minutes after that incident, a security guard came over and told everyone to leave immediately because the play area needed to be cleaned. Before being escorted out of the mall by security, King told the manager of the mall that she would be contacting the mall ownership regarding what happened only to be told that the manager didn’t care.

Sound familiar? The exact same situation that happened to the local mom group only months prior, when all parents present would tell you that the kids were acting fine and at an acceptable noise level. The only difference in King’s experience and my experience is that we left before they could give us the transparent excuse that the play area needed to be cleaned. As a mental note and reminder to all parents in middle Tennessee, if you need to shop and have younger kids in tow, check out Stones River’s Facebook page before deciding to go there. Opt for Opry Mills or Cool Springs instead, they have better selections, upgraded space, and would love to have your children there.