A Nightmare in Teresa Hall: Topper Tales
Odyssey
CurrentlySwoonLifestyleHealth & WellnessStudent LifeContent InspirationEntertainmentPolitics and ActivismSportsAdulting
About usAdvertiseTermsPrivacyDMCAContact us
® 2023 ODYSSEY
Welcome back
Sign in to comment to your favorite stories, participate in your community and interact with your friends
or
LOG IN WITH FACEBOOK
No account? Create one
Start writing a post
Student Life

If you live in Teresa Hall and hear a bump (or maybe more) in the night, this is why. 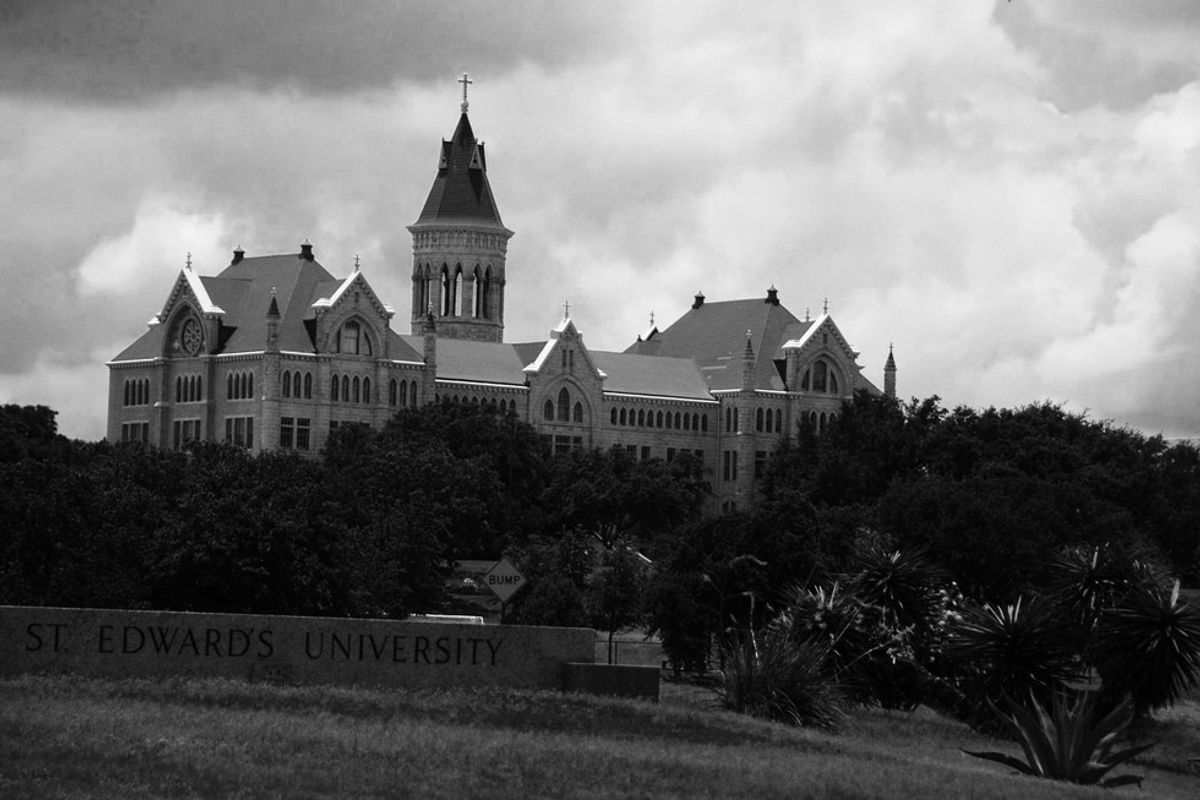 If you have ever attended St. Edward’s University, you’re most likely no stranger to Topper Tales and the ghost stories they entail. Topper Tales, for those of you who have never attended St. Ed’s, is a part of freshman orientation where OL’s (orientation leaders) corral incoming freshman into the Maloney Room in the Main Building and tell St. Ed’s most infamous ghost stories. Topper Tales is a particularly beloved part of orientation for those with a strong heart and an even stronger stomach. Although I usually try to avoid anything regarding the supernatural or unusual, I went with a new group of friends in Teresa Hall to Topper Tales on the first night of orientation.

Topper Tales starts off in a classic scary story telling scenario: a group of people in a dark room huddled together in a semi circle while the few with flashlights tell stories. I’m not going to disclose too many details however, in order to preserve tradition for future freshman. Basically the night consists of legendary stories that apply to many of the buildings on campus, especially residence halls.

My new friends and I wanted to check the scary stories out and just enjoy the whole freshman experience in general, so we went. My roommate, Sabina, and I planned on not paying attention when our residence hall Teresa was mentioned so that we wouldn’t think about our dorm room being haunted all year long. We listened, jumped, and laughed at all the stories that had been told throughout the night and I began to wonder “Hmm.. Maybe Teresa Hall doesn’t have a scary story.” I relaxed at the thought that my residence hall was untainted and ghost free. Then it was announced, “Now the best for last. The most haunted residence hall: Teresa.” “Oh God!”, Sabina yelled just as the OL finished her sentence. Sabina said we would just cover our ears and not pay attention, but we both knew that was a complete and utter lie.

The OL looked at the group of Teresa Hall student’s and seemed to smirk at us as if to say, “You’re in for a treat.” She began to tell the room of Teresa Hall about a particular man who helped build the building. This man brought his little girl of 12 years old to work with him every day. Being a little girl, all she wanted to do was play with her dad. “Dad, will you come play with me?” she asked him. “No, Danielle. I cannot play with you,” he would say to her. Every day she continued this question, “Will you please come play with me?” only to be answered with the same “No.” On one particular day, Danielle was especially bored and kept pestering her father. “Dad!” she said with desperation. “Please come play with me!” He snapped at her unlike ever before “NO Danielle! I will NOT play with you! Just please go away!” Upset and feeling overwhelming unwanted Danielle ran off into the forest behind Teresa at the time, never to be seen again. It’s urban legend now that Danielle haunts Teresa Hall, pestering its residence to come play with her.

Sabina and I looked at each other in terror and immediately wished we had covered our ears or left to get ice cream. I tried to shake it but OLs in the back were shouting “I lived in Teresa and everyone who's lived there has experienced or knows someone who has experienced Danielle!” as others nodded in unison. I whipped around and questioned my RA who lived in Teresa last year also. “C’mon, this isn’t real right?” I seemed to almost whine. “Theres no way this can be real!” He looked at me seriously and said, “Yes, its real. The first time my roommate left overnight I had a dream about this little girl in a white dress. I don’t remember it vividly though because I’ve blocked it out of my mind.” I blankly stared at him and almost prompted him to say “You’ll be fine though!” I felt physically sick just thinking about the accounts and thought “How the hell am I going to live here for a full year with a dead girl running around the place.”

I couldn’t shake the fear of running into this little girl sometime out of my mind, wondering “When am I going to encounter her? When am I going to see or hear this thing?” I’ve finally put it out of my mind but sitting in Teresa sometimes, I still think about it from time to time. Hopefully, my fellow Teresa friends and I won’t run into Danielle. But if we do, you guys will be the first to know.