Why we need to stop comparing two of the world's most lovable cities. 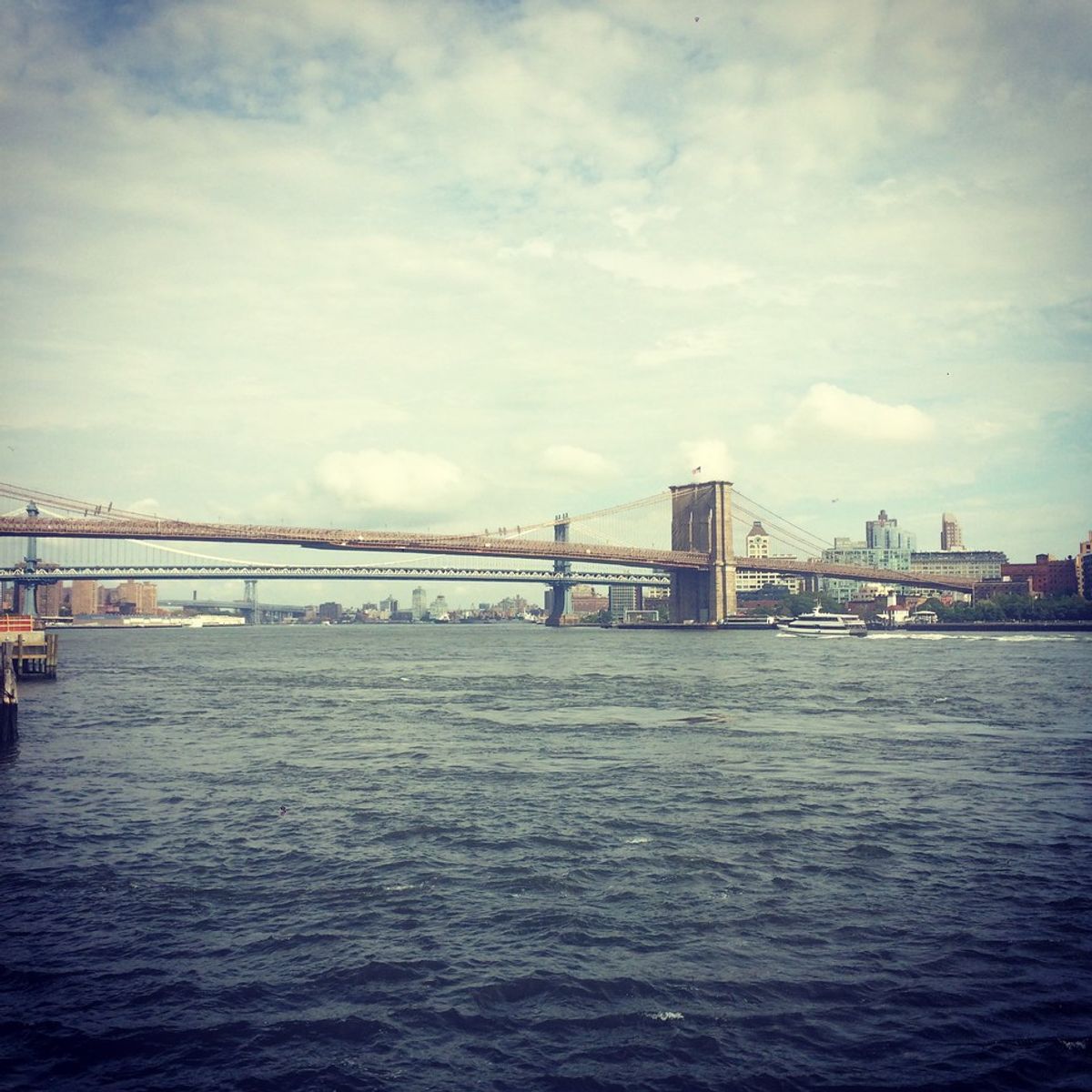 New York and Paris, as defined in one of my journalism classes, are “lovable cities.” They’re characterized by high costs of living, diverse populations, rich history, and the tendency to hold the world spellbound with their every move. While there are many other “lovable” cities out there, New York and Paris are unarguably at the top of the list. Many people want to live there, but few actually do.

For these reasons, people fall into the habit of comparing them. However, after spending the last three years dividing my life, more or less, between them, I must say it’s a habit we need to break.

Outside the fact that New York and Paris are both “lovable cities,” nothing about them can really be compared. Press your nose up against that transparent definition, and two very different landscapes will emerge. These cities aren’t reflections of each other, but two distinct entities gazing lovingly at one another through the wrong end of idealized telescopes.

New York-themed paraphernalia chokes Parisian department stores, and are worn or presented as a badge of honor by the city’s youth in much the same way the young people of New York think anything French-themed is chic. (Case in point, I own a tote that has the equivalent of “good job” written in French on the side. I digress that they’re grasp of English quotes are better than our French ones.)

Every time a petit French café opens in New York, a food truck selling tacos hits the rues of Paris. In short, they’re obsessed with each other, each city viewing the other as intriguingly foreign. Some find the mimicry dangerous, thinking that the two cities will eventually morph into the same tacky version of each other. I simply find it cute. The trends really come and go too quickly to corrupt either city’s soul.

New York is a loud cacophony of construction, sirens, and horns. It’s a gritty patchwork of little cities knitted together by the 8.4 million people who crisscross it every day. It’s fueled by an intoxicating concoction of frustration, passion, and some stale version of the American Dream™. It’s one of the few places in the world where even the happiest people feel a little alone. Those who come to stay eventually leave. Those who try to leave can’t help themselves from coming back for more.

Paris is an ancient and enchanting spider web of streets, twisting and changing names with every intention to get you lost. It’s 40 square miles crammed with enough monuments for ten cities, and enough restaurants to entice any gourmand for several lifetimes. It’s a ballet set to the soundtrack of poorly-played accordion music and the gentle sighs of those who gaze out their Haussmannian windows on a rainy day. It’s a city where the bakeries are always crowded, and the churches are empty. It’s one of the few places in the world where you can fall in love with nothing at all.

They are the sun and the moon, fire and water, earth and sky. They’re loveable cities that fascinate all, and truly entrap a few. As for me, both succeeded. When I’m in one city, part of me always longs for the other, a heart pulled in two different directions.

It’s a difficult sentiment to describe, but if I strain to look through the gap between my closed blinds, the swaying trees of New York City look like the sea. In Paris, they look like the clouds that airplanes skim across as they fall to earth. Before a storm, both are terribly beautiful.