Barbie's new line-up of dolls is a pivotal step forward for inclusivity. Or is it? 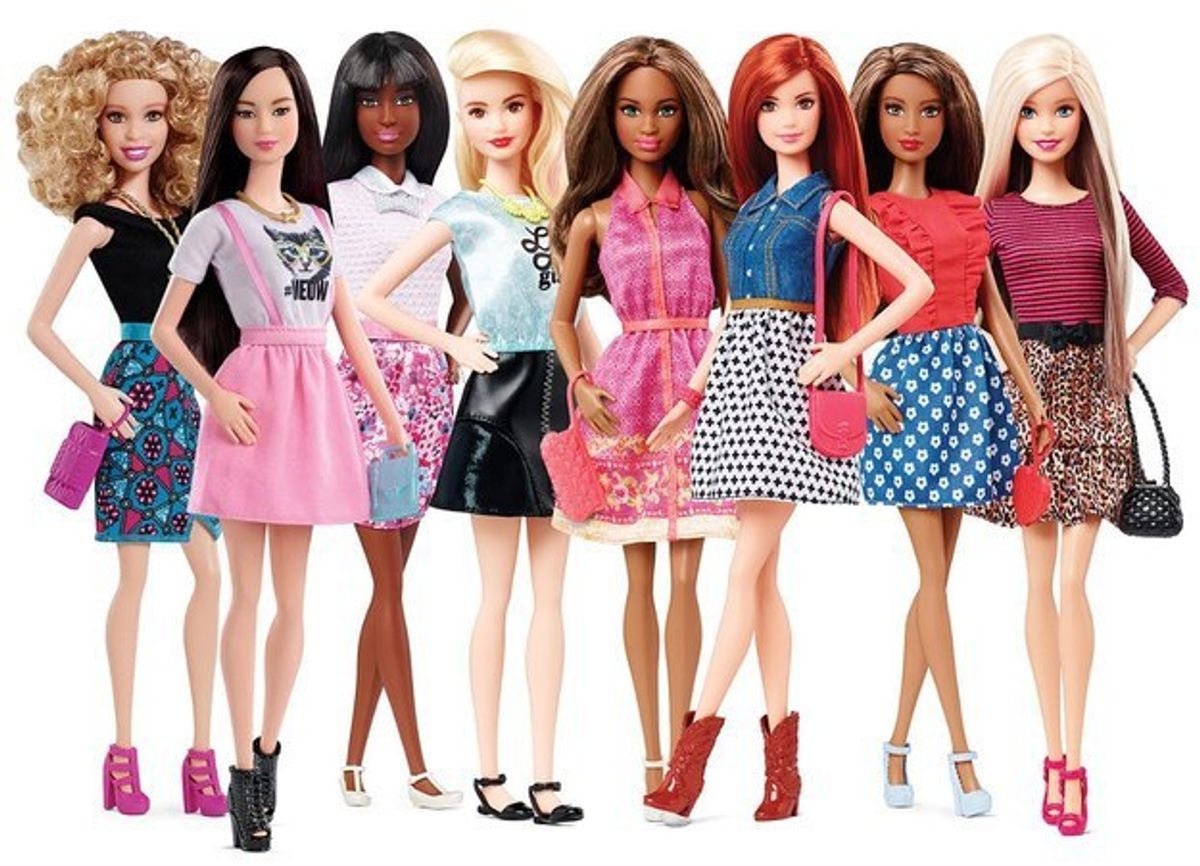 This week, Mattel released a new version of Barbie, which many postulate is a desperate attempt to raise the plummeting popularity of Barbie. The new Barbie features four body types, seven skin tones, and 22 eye colors. The new body types include Original, Petite, Tall, and Curvy and are hypothesized as an attempt to distance the brand from the multiple studies connecting the original Barbie to bad body image.

Some say that by stepping away from the Barbie archetype, Barbie is sacrificing its original brand for an insufficient rebrand through diversity. Although I believe that sacrificing the original Barbie brand is a sacrifice worth making, I do believe Barbie's recent efforts do not amply address the original concerns about Barbie's body type and lack of ethnic/racial diversity because the new strides toward diversity are not adequate.

Upon visual examination of the changes, the new Barbie includes 7 new skin colors but, three of the skin tones seek to represent white people and four seek to represent Asian, Latina, Black and/or mixed women. It is important that more people of color have been included in the Barbie franchise but, more than 4/7 of the Global Population are people of color. It is heinous and unreasonable that only four of the new Barbies are, at least upon visual examination, people of color.

The three new body types are also problematic. The Petite body type and Tall body type remain very thin. The curvy body type, the only not thin type, represents an hourglass figure, which is not a common body type. If Barbie truly seeks to represent the population, its toys should include more common shape categories like "Apple" or "Pear" types. To add insult to injury, Barbie has decided to continue to sell its "original" dolls with extremely unrealistic proportions. These body types are merely a superficial step forward and non-inclusive of the true diversity of body types within the new three body type categories.

Despite my many concerns that Barbie's changes aren't enough, when comparing to their competitors, Barbie's changes actually seem more significant. The TrulyMe American Girl dolls only offer three skin tones: light, medium, and dark, four eye colors: blue, brown, green, and hazel and only one body type. To American Girl's credit, the other dolls are accompanied by historical fictional novels about that doll. These dolls are often role models and give greater insight the struggles of people of color. On top of that, this change has indicated that Barbie is receptive to the people's concerns. Not only is Barbie attempting to move away from its darker past, it has also decided to be more gender neutral by including a boy in one of its commercials.

A holistic reflection acknowledges that Barbie is in some ways superior to its competitors in diversity but, that does not mean Barbie is diverse enough. It is of the utmost importance that toy companies are held accountable for their influence on children because the impressions these toys make on young children are long lasting and can be very detrimental to that child's sense of self-worth.