Thanks To The Jonas Brothers, I Never Regret Not Dating A Teenage Boy

Thanks To The Jonas Brothers, I Never Regret Not Dating A Teenage Boy

Ya'll made it drama free. 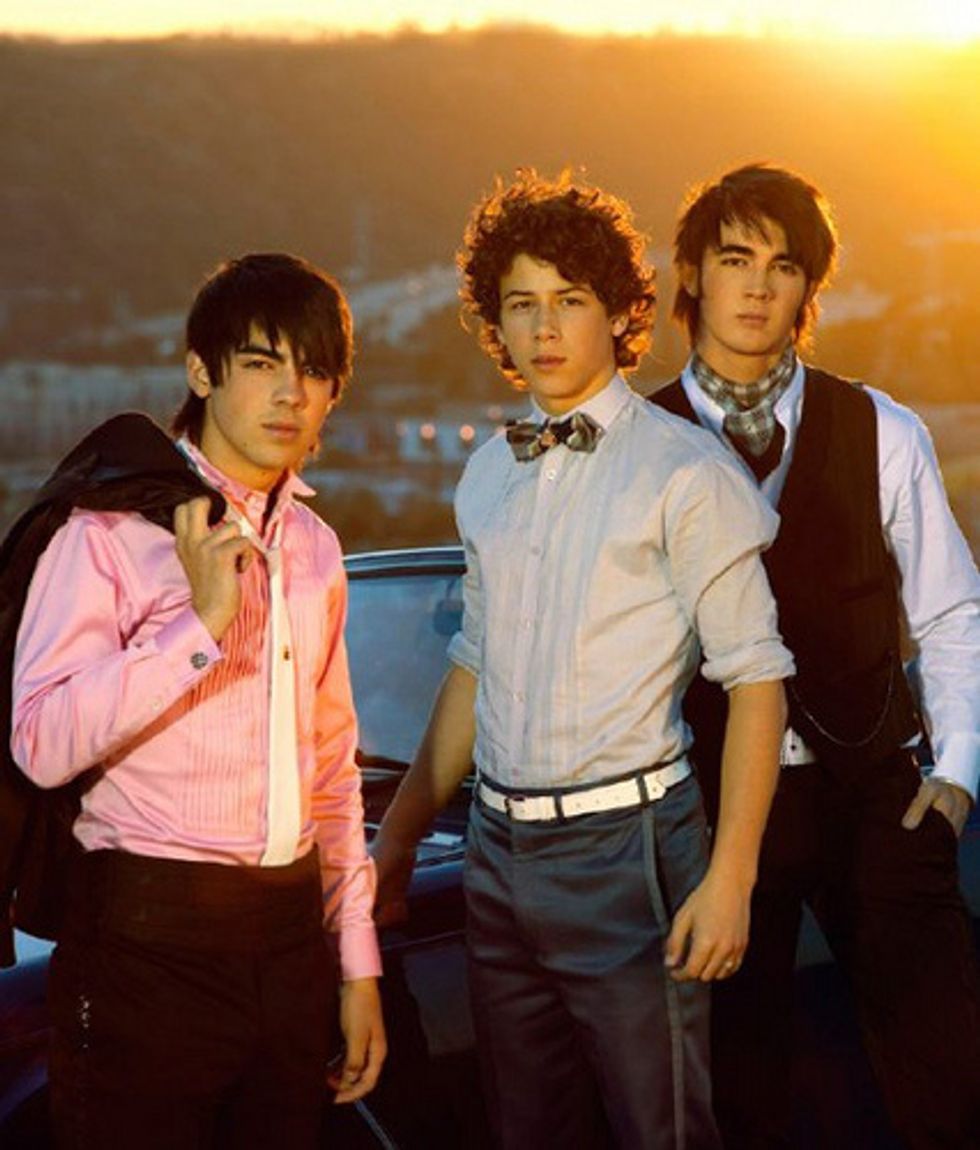 All thanks to three guys from New Jersey, I never regret not having a boyfriend in Middle or High School. I started listening to the Jonas Brothers when I was in 6th grade. I was awkward, I wanted to fit in simply because I was the minority in my mostly white school district. I also wanted to feel more independent since I was reaching the ripe age of 13.

Eventually, certain things came to me where I was able to gain that independence. I had no problem talking to certain adults simply because I would just be myself, and they would have absolutely no issue with it. Then came Nick, Kevin, and Joe. They already had one album out called 'It's About Time', and too contrary belief became a classic for them to date. Eventually, as they made their approach to the Disney Channel, their popularity increased more and more. Soon enough, everyone knew of them. Even if they didn't even listen to their music, they still knew about them.

I was what you called the stereotypical 'fangirl.' I was overly protective of them whenever I would hear any guy in school call them 'gay' 'ugly' or 'untalented'. In fact, I'm very thankful that social media was not as big yet. I could not imagine going off as much as I would imagine. But there were other ways to vent. I still had some of my friends relate, but even with that, a good portion of them would tell me to stop being obsessed with them. But that only allowed my obsession to grow.

Everything that they did was a news update for me. I had to keep up with them ALL the time, no matter what the condition was. I had to know what they were doing every single day. Okay, not to a point of stalking but you get the picture. My point is that no other boy mattered at the time other than them. Joe was my favorite one so I had to keep up with him the most. Especially when he was dating someone. Yes, I will admit that some of Joe's exes were not my favorite, yet I shipped the hell out of the other ones. But I will say now that as a grown woman I am no longer interfering with his relationship. I was always wondering what it would be like to even go on a date around that age.

I never went on one considering how weird teenage boys truly are. Some of them want a girlfriend simply just to have one, and others just had their hormones go all nuts. The reason why I wasn't heavy on dating during that time was simply that I was trying to focus on myself and who I truly was. I did not want to deal with any of the drama that came with a relationship because I had a lot more than I needed to worry about.

Yes, did I want a guy that I thought was hot to date me of course! But it turns out looking back on it, I'm grateful that I decided to not give him the time of day. Considering that nowadays he's not exactly the right person to be with anyway. Even in general, I'm glad I never had to worry about fighting with another girl about another guy. A total complete waste of time, and not worth sacrificing anything.

I realized that there was so much more to life than just having a guy like you. Even if you did get those weird feelings every time he was around. Also if it was the other way around where a guy liked you, and you just didn't like him back. What a complicated web the teenage years hold. But back to the Jo-Bros. I'm grateful that these guys were in my life because it distracted me from the realities of how teenage boys truly are. You know, the ones that don't sing to you and tell you-you're beautiful every five seconds.

I'm grateful for all the memories that I had with these guys, especially making endless books and PowerPoint presentations on why I loved them so much. Although I'll still keep up with them once in a blue moon, it doesn't mean that I'll forget my first love. Just because I'm not in a room where they've plastered all over the walls anymore, doesn't mean that I didn't cherish those times when I would beg my mom to get me the latest teen magazine. If they were not in it, I didn't want it! Plain and simple everyone remembers their first teen crush. But I'm grateful that these three brothers allowed me to not get distracted by the teen dating scene. Also, I think it helped out my father as well.

jonas brothers
Report this Content
This article has not been reviewed by Odyssey HQ and solely reflects the ideas and opinions of the creator.