Why I'm Nervous About the Second Black Companion on 'Doctor Who'

Why I'm Nervous About the Second Black Companion on 'Doctor Who' 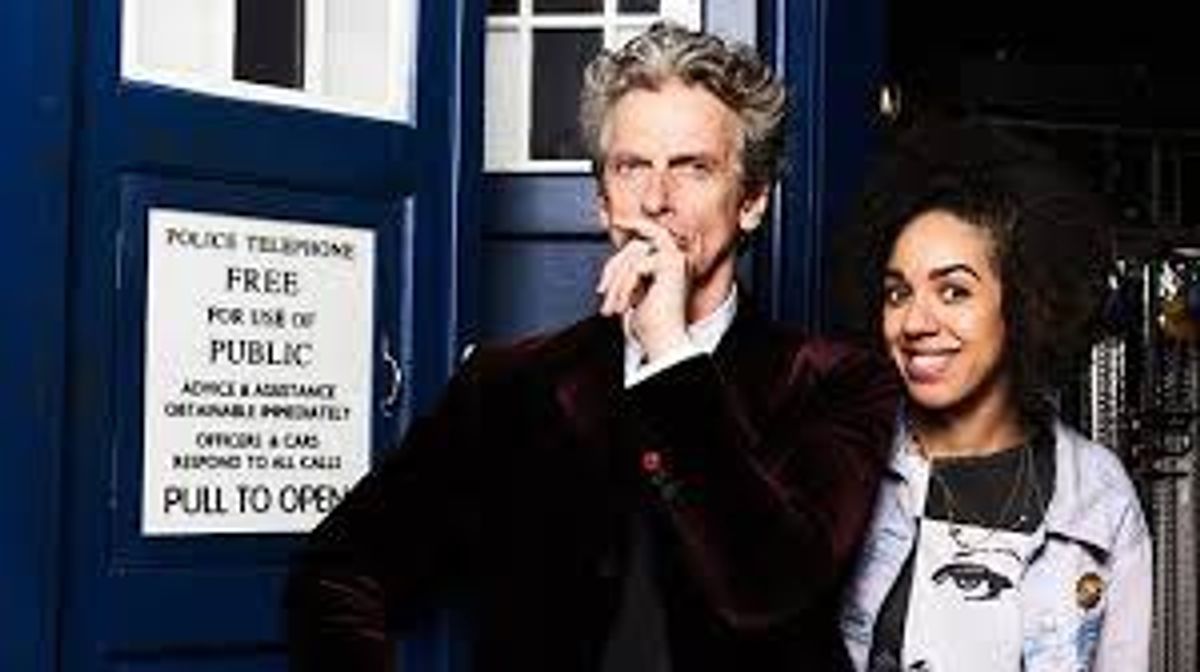 “Doctor Who” has been a championing show since 1963, with a break between 1989-2004, and will be having only its second main Black companion — let’s pray to God she’s better than Martha.

For those who don’t know, “Doctor Who” who is sci-fi show that began in 1963. It centers around the travels of The Doctor, an alien who has the appearance of a human, as he travels the through time and space in his T.A.R.D.I.S (Time and Relative Dimensions in Space); it’s basically a time machine that can also serve as a space ship. He always has what is referred to as a “companion,” which is the second main character in the show, always a human woman, who travels with him. Because The Doctor is tormented by his past and the reasons why he choses to constantly travel the world instead of finding a home, the companion usually serves as the person who grounds him, keeps him safe from others and himself, and is basically his best friend.

The way that “Doctor Who” is able to continue is due to the fact that he has the ability to regenerate — which means that when The Doctor dies, he is able to “regenerate,” or come back to life in another body. This body can supposedly be any race, gender, or age, and while the age has always changed, The Doctor has always been a white man. As The Doctor regenerates, the new actor who represents the regeneration usually has a new companion, and the old companion is written off.

“Doctor Who” is returning in 2017 and fans are excited for it’s second Black companion. Pearl Mackie has been casted as the new companion and I am both thrilled and terrified. I am thrilled because, as a sci-fi show, I’ve been super disappointed in the complete lacking of Black representation. Usually, sci-fi is the genre that breaks barriers of every time period and pushes our thoughts towards the future — take for example, “Stark Trek” being famous for the first interracial kiss and the way that there was no lack of respect or difference between station based on their race, whether they were alien, human, Vulcan, green, blue, black or white. But “Doctor Who” lacks this.

The first Black companion on “Doctor Who” was Martha Jones in 2007 and was only there for one season. She met The Doctor as he was mourning the loss of his only love (in the new generation). The sole purpose of her character was to swoon over his every feat and spent the whole time hoping he’d forget his previous companion and love and instead reciprocate her feelings. She was given the nickname “The Girl Who Walked the Earth” after she went through great feats to save The Doctor and the world, and this storyline seemed like a last stitch effort to give her a personality after director Steven Moffat came under fire for being sexist and anti-feminist. Martha Jones left the show, telling The Doctor that she refused to wait for a man who would not love her back.

And guess when the next time we see her is? In a later season, Martha Jones, as well as other popular cast members from the past, all come together to save the world, and we find out, very vaguely, that she’s married. It seems random, especially because we hadn’t heard from her in years, but viewers thought nothing of it. Until we find out later that she is married to the only other black main character thus far. So not only did the writers decide to very randomly stick together the only two black characters as a way to tie up and finish their stories, they stuck Martha with Mickey Smith. MICKEY SMITH.

In a sentence, Mickey Smith is the man who was engaged to the woman The Doctor had been in love with and lost. Mickey was always depicted as weak, and the type of man who would let his woman cheat on him with The Doctor, remain in denial even though it was obvious, and continue to try to do everything in his power to keep the woman who did not love him back. So the two Black characters whose story lines revolved around them being needy and unwanted, ended up being married.

So please, Pearl Mackie, do not allow anyone to write you into a pining, sad, stereotypical, anti-feministic, anti-black or weak companion. Strive for the future.