The annual convention draws thousands upon thousands to the Los Angeles Convention Center each year during the weekend of July 4. What's so special about it? 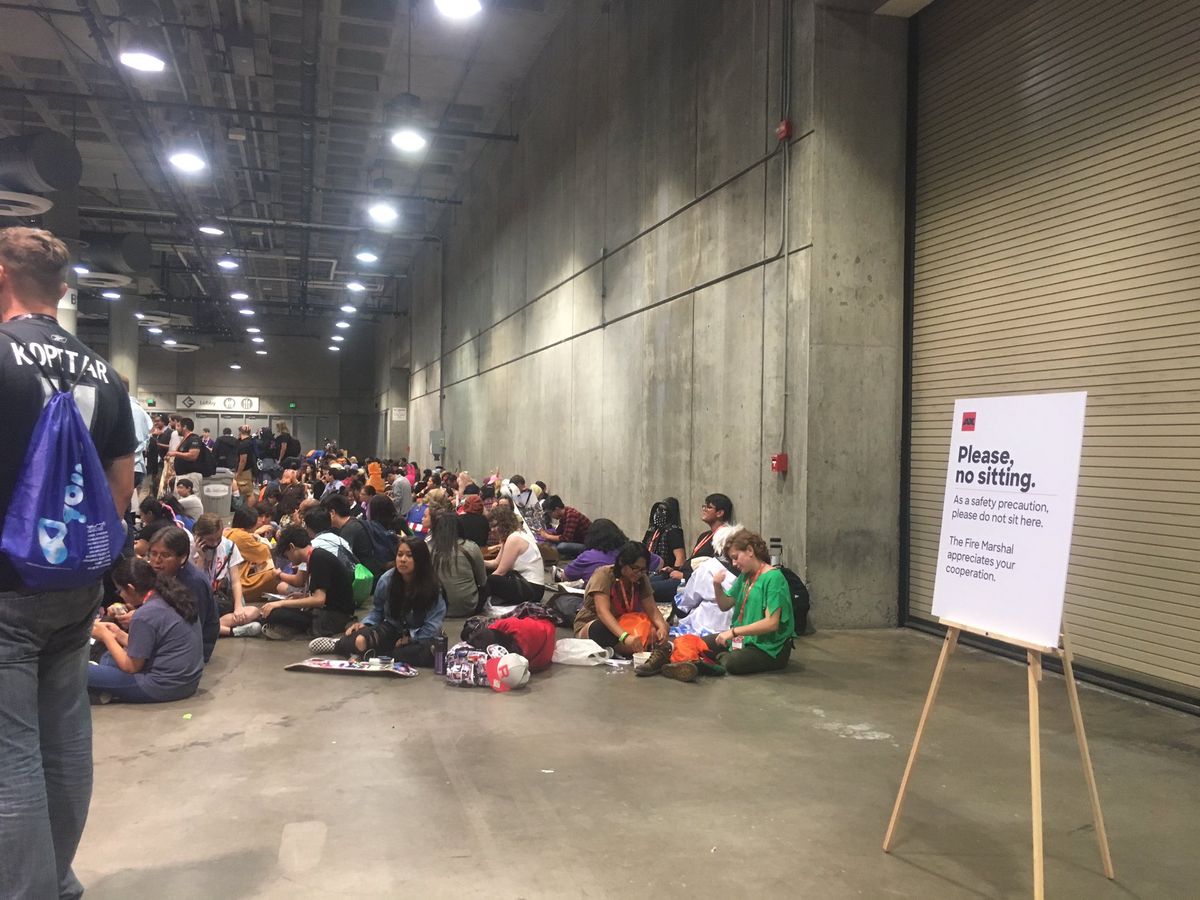 The capacity for the convention center is 80,000 people, and in 2016, Anime Expo filled the convention center halls with about 100,000 people. This year, they definitely exceeded 100,000 attendees -- 115,726 to be exact, according to the official Anime Expo website -- since the line to pick up badges wrapped around the entirety of the Los Angeles Convention Center block, with people cutting into the middle of the line and some attendees forced to wait over five hours to pick up their badges.

Exhibitors at Anime Expo include large game production companies such as Aksys Games, Blizzard Entertainment, and Atlus. This year, Counter Logic Gaming, an American esports organization, also made an appearance as part of the Exhibit Hall. Anime Expo's list of exhibitors also frequently includes Japanese fashion labels, among other exhibitors selling merchandise at the convention.

3. About every other Anime Expo attendee comes dressed in cosplay.

If you don't know what cosplaying is, according to the Merriam-Webster website, it is the practice of dressing up as a character from a work of fiction.

Anime Expo hosts one of the largest cosplay competitions in the country, and there are dozens of cosplay gatherings held at Anime Expo to allow cosplayers to congregate. It's no surprise, then, that so many attendees at Anime Expo show up in cosplay. It's not just part of the convention programming, but part of the fun!

4. Anime Expo isn't organized only for children and teenagers.

5. Most importantly, Anime Expo is an inclusive space.

Logistical difficulties on the side of the organizers aside, the convention staff generally makes a good effort to make the convention accessible and inclusive.

The attendees are often equally as welcoming. After all, how can you judge anyone when you're wearing furry cat ears and a shirt with a cartoon girl printed on it?

When it comes to conventions like Anime Expo, the unspoken consensus on any ridiculous -- unharmful -- behavior is that, no matter how strange, "we're all in this together".