NBC's World Of Dance Popped And Locked Its Way To Number 1
Odyssey
CurrentlySwoonLifestyleHealth & WellnessStudent LifeContent InspirationEntertainmentPolitics and ActivismSportsAdulting
About usAdvertiseTermsPrivacyDMCAContact us
® 2023 ODYSSEY
Welcome back
Sign in to comment to your favorite stories, participate in your community and interact with your friends
or
LOG IN WITH FACEBOOK
No account? Create one
Start writing a post
Entertainment 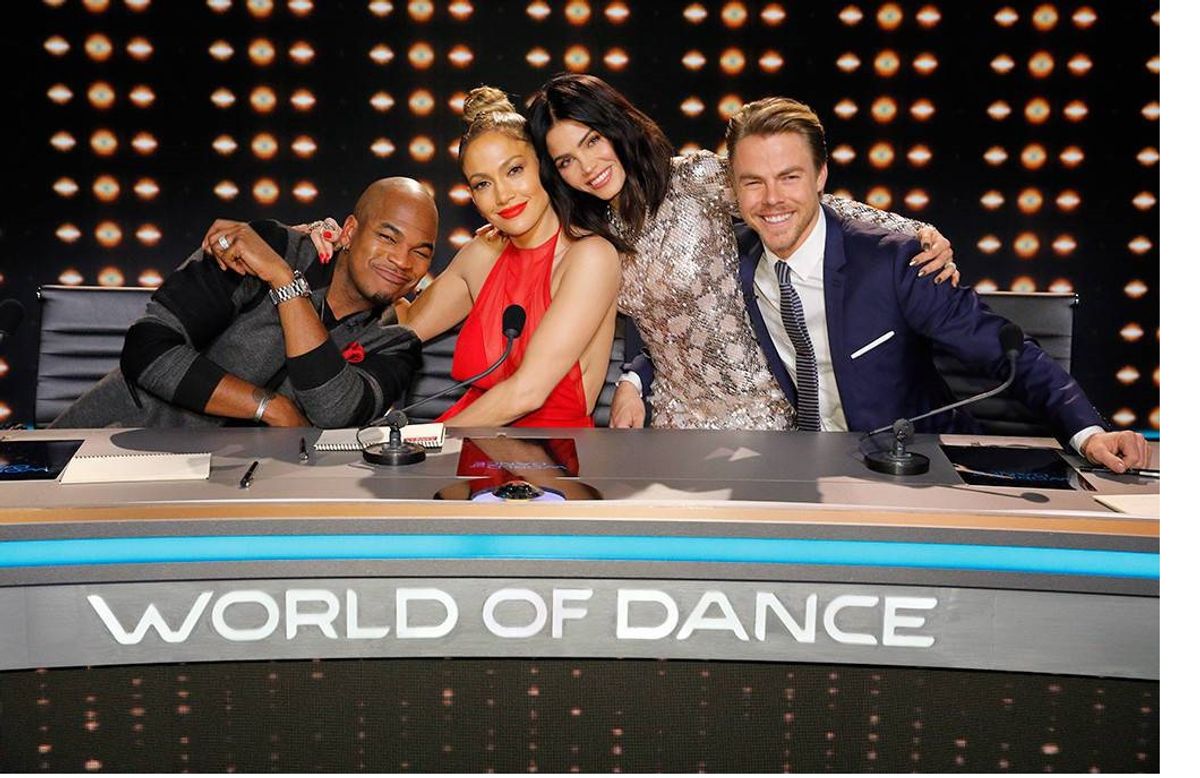 Hosted by Jenna Dewan Tatum, the series premiere of "World Of Dance" aired Tuesday, May 30th, on NBC. It is an American reality competition series that features dancers, including solo artists and groups, representing any style of dance, who compete for $1 million.

Three of the most qualified dancers, Jennifer Lopez, who also serves as executive producer, Derek Hough, and Ne-Yo, are judging the competition. Dewan-Tatum is also a mentor.

World of Dance had the best summer premiere in 9 years. With a star studded cast and the level of talent this show produced, I can see why.

As a dancer and fan of the pros on the show, I was super excited for this premiere, and it didn’t disappoint. Every act was out of this world. I was mesmerized from start to end. I was so worried this show was going to be hyped up and then flop, but it definitely did not.

Super Cr3w opened up the show, and I was hooked! Although, I thought they should have been scored higher, I knew from that moment on that this show was going to be successful! Diana Pombo was a great way to end the show! She had out of this world talent, and her love for JLo inspired so many!

I like the new voting aspect. Instead of holding up paddles, like on Dancing with the Stars, or just critiquing them and saying ‘yes’ or ‘no’, the judges voted on an ipad, based on 5 different categories. Performance, technique, choreography, presentation, and creativity are what the dancers were being judged on. These were out of 100.

If the dancers got a combined score of 80 or above, they made it to the next round. 6 out of the 7 acts on the premiere made it through.

I really enjoyed this way of scoring the dancers. It gives the acts a fair advantage, and makes the judges think differently on how the performance went. Instead of saying “Oh, your foot wasn’t pointed, or that lift wasn’t right”, the judges could base it more on “How creative was that performance? Or “Were they all in sync?”

This scoring method is also fair because the show has 3 professional dancers scoring the acts, instead of America, who may vote just on popularity. This way the best dancer(s) actually wins!

Another aspect of this show that I enjoyed was the dancers didn’t tell the judges what style of dance they would be performing. They just said their name and danced. This is great because the judges aren’t looking at the specific genre of dance, they are just looking at the performance.

Some performers even combined a few dance styles. It was truly an incredible premiere!

Another reason to watch the show is on the premiere, Derek Hough showed off some of his moves and swayed his hips. Just in case it happens again in the future, you want to be present for it.

For the dance lovers in all of us, World of Dance captivated us. With the level of talent these performers had, I felt like we were at a professional dance show.

Another reason I believe the show did so well was, although we saw one group that didn’t make it through, every group was captivating. There wasn’t one person who stepped out on that stage who didn’t know how to dance well.

The only problem that I had was that it was only an hour. As JLo said “Can I have some more?!” I got captivated in the talent and then it was over. I would love in later rounds for the show to span 2 hours.

World of Dance is truly a dancer’s show. It balanced every element of dance, and everything the judges were voting on.

This show is moving mountains for dance. It is bringing dance back in a way that people are falling in love with it again, and the grand prize is incredible for dancers!

I am hoping by the end of the season, or by season 2 (yes, I am that hopeful) that we will get a judge's performance. Those 4 dancing together would be the cherry on top of an already incredible show!

I can’t wait to see what the next nine weeks bring! There are still so many amazing dancers waiting to be discovered!

QueenRadhi
The State University of New York at Stony Brook
2804