Summer League may not be an indication of what a player will be at the pro level, but it is a litmus test for every general manager's favorite word: Potential 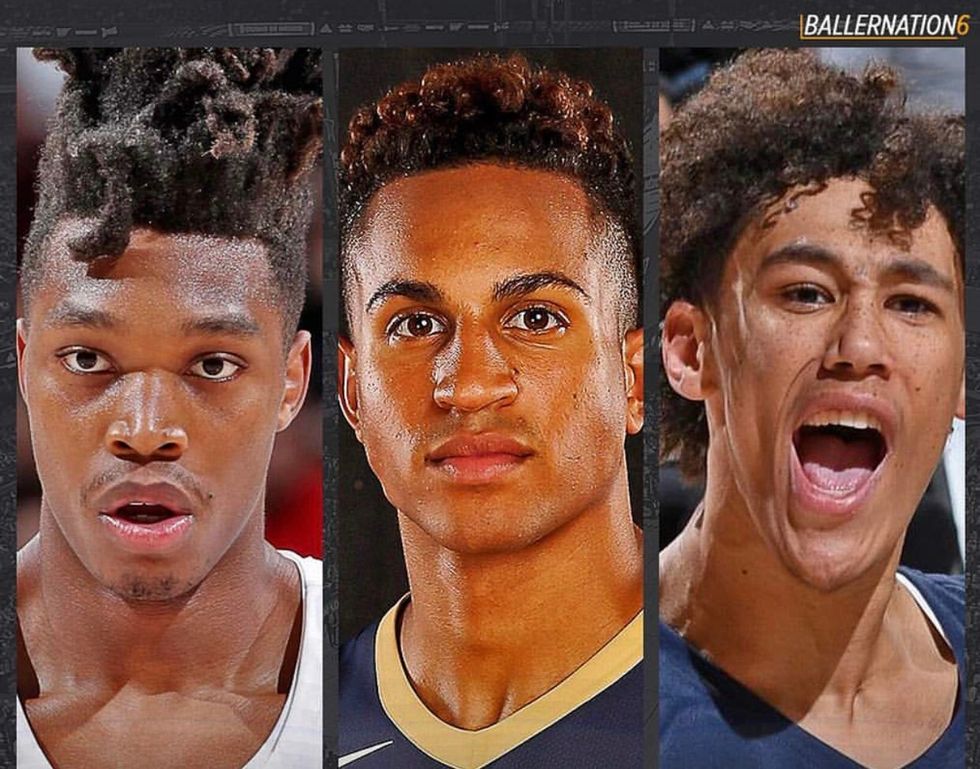 Over the last few years, the hype around NBA Summer League has vastly increased. In an offseason jam packed with star movement, we now get to see the grit and grind of those just looking to make a roster spot. Amongst the flurry of rookies, second year players and international prospects, here are six players who made their mark in the 2019 NBA Summer League.

Ranks within the top eight in scoring and assists showing promise as a primary decision maker. As one of the most underrated acquisitions this offseason by the Pelicans, Alexander-Walker has shown his ability as an all-around guard who can be efficient, facilitate and play defense relatively well. What surprises me is how well he positively contrasts Pelicans' point guard Lonzo Ball on the offensive end. While he may not be the passer or rebounder that Ball is, Alexander-Walker makes up this discrepancy with his aggressive tenacity as a scorer. Not only did he take 80 shots in four games with next highest on the team being Trevon Bluiett with only 47 shots, but he is also hit over 40 percent of those shots which shows good shot selection and the ability to play make for himself by getting to his spots. Look to him to be a key role player off the bench for this youthful Pelicans team as a primary ball handler who can run the offense smoothly and provide a much needed bench scorer.

Ranks amongst the top ten in rebounding as a promising young forward looking to take advantage of Michael Porter Jr.'s absence due to injury. Although it is easier said than done, Vanderbilt simply needs to bring his summer league averages to the pro level to become a respectable replacement for Millsap. Millsap is coming off his 13th season as he averaged nearly 13 points and seven rebounds per game. Millsap is not getting any younger while Vanderbilt is only 20 years old heading into his sophomore season with a chance to take strides as an athletic, rebounding big man for a Nuggets team stock piling hidden gems

The next iteration of the near seven-foot tall Texas center behind Jarrett Allen and Mohammed Bamba.

Going into the draft as a raw prospect, Hayes has displayed unique measurable and a skill set that is moldable. With a 7'3 wingspan, significant athleticism and the willingness to run in transition, Hayes shows the potential to be a productive center at the pro level as an inside presence. Although the offensive and defensive capabilities are there, my biggest concern is his inability or lack of rebounds at his size. Although he came on strong in Summer League, in college he only averaged five rebounds, which is a bit underwhelming for a guy with his physical gifts. There is not much competition at the center position in New Orleans, but Hayes will have to improve as a rebounder to be an effective all-around big man at the next level

One of the Summer League's most prolific scorers and most notable for dropping 23 points in 24 minutes of play.

The man has shown the ability to get supernova hot from behind the arc as a consistent three-point shooter.If nothing else, Herro's ability to hit perimeter shots at a high clip will carve out a roster spot for him on a Heat team desperate for three-point shooting. In fact, Herro had such an excellent Summer League to the point that the Heat refuse to include him in any trade offers for All-Star point guard Chris Paul or Russell Westbrook. Shooting the three is practically a requirement in today's NBA and Herro has shown that he can give you that and do it in a hurry.

One word: Scorer. Coming out of Miami, he was scouted as nothing more than an athletic above the rim player who is most effective slashing and driving to the basket. In Summer League competition not only has he displayed this, but he practically imposed his way to the basket at will. Walker is an efficient finisher in the paint who can get his own shot and rise over defenders. He is not very good at getting others involved as seen through the lack of assists so that is easily his biggest weakness. Look to see Walker imprint his skill set within the Spurs' system as he hopes to remain healthy for the entirety of the 2019 – 2020 season.

Undrafted free agent picked up by the Boston Celtics

No eye popping stats and played in limited minutes, but the potential is through the roof. With the height and over an eight-foot wingspan that allows him to effortlessly finish above defenders in the paint, Fall is a towering big man that can be a double-double machine within the confines of a system. He will likely be relegated to a simplistic role as a shot blocker, but even that is a significant role in the pros where there many offensively gifted big men such as Joel Embiid and Karl Anthony-Towns. With the Celtics recently opening up a roster spot by releasing fan favorite, Gueschon Yabusele, do not be surprised if Fall slides into that spot and assumes his places as the tallest man in league history.