Name Brands Helped Me Fit In

When I looked good I felt great 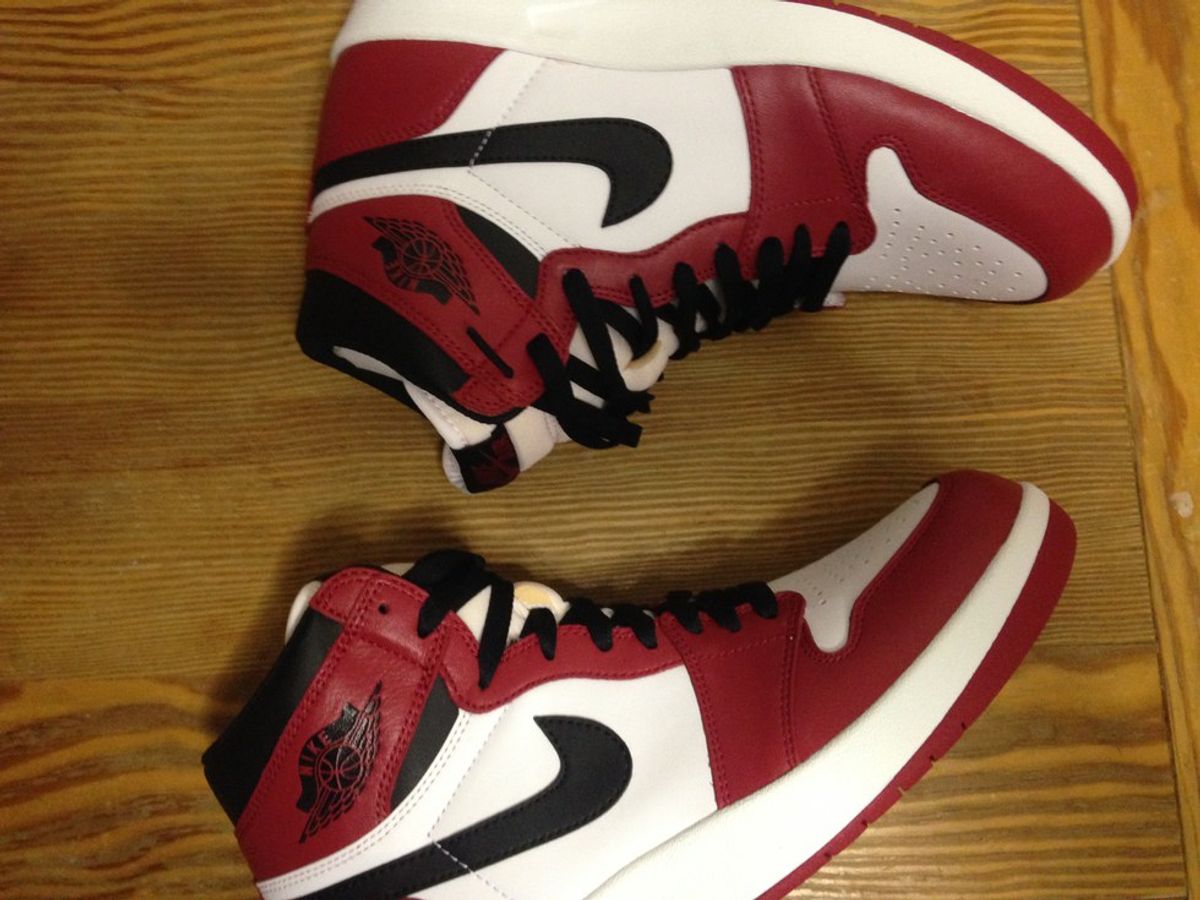 Going to public school in Brooklyn had a really big influence on how I dressed and how comfortable I felt with my own body image. I grew up in a modern day Mexican family where we believe in the 3Ts of diet, Tacos, Tortas and Tamales. This is something that I was brought up with, family parties and daily family dinners; it was all a way to get a full tummy. This also meant that I grew up as an overweight child most of my life.

When you attend a charter school in New York there are a few things that happen. You grow up with some close friends who have a similar financial struggle as you but you also grow up in a constant competition. This form of competition does not always include academics; in fact, it was never really about academics. Every single day, from middle school to high school it was a constant fashion show in school. I had friends competing with each other as to who could rock their Jordan’s better, who had the latest Supreme camp cap, BAPE hoodie, Stussy tees, Nudie jeans, and even Nike Elite socks. Some would even risk getting detention if it meant being able to wear the latest in street fashion. (I had a dress code in High School).

As a sixteen or seventeen-year-old who weighed over one hundred and eighty pounds while only being 5’4, I had a lot of body issues. I did not like changing my shirt before and after soccer practice if it meant changing in front of my other teammates. I would rather wear baggier t-shirts and walk with my stomach tucked in than walking with my head held high.

The moments I did feel comfortable was when I was wearing the latest sneakers, some with a retail value of over two hundred dollars, and being able to show off my small Supreme collection along with wearing gray brimmed baseball hats in high school. I started to listen to music from artist like Kid Cudi, Big Sean, Wale and a few others who at the moment were rocking so much fresh gear that I wanted to be just like them. They carried themselves with so much confidence and dressed like it. I quickly found out that they had a much larger budget to work with than I did but that didn’t stop me from going to Supreme every Thursday and begging my parents to buy me sneakers as often as they could. I would even save my daily lunch money, skip eating a meal, just so I had more to spend on my wardrobe.

When I did manage to look my best, which I tried to every single day, I would get so many compliments and my day would just go better. I would no longer think about how chubby I was or about the fact I could not fit into certain clothes because they were made for a specific size; most importantly I felt like I belonged. I no longer felt fat, instead, I just felt fresh, fly, and my confidence was high.

Public school has a funny way of building a person and how they decide to express themselves. As a chubbier teen I felt like I needed to try twice as hard in order to be seen as an equal with my peers. It is a trend that does not end either, as I see it continuing with some of the students I work with.

In college I kept this mentality and always looked a little fresher, at least in my opinion, than a lot of the young adults my own age, but that’s also because the way my friends dressed and how I dressed...were two very different styles. Inner city kids tend to look at different clothing than those who didn’t grow up in the same conditions.

Today I can honestly say that I love my own body. I love me height, my hair, my four sharp teeth that help me resemble a vampire, my stretch marks that tell a story of change and acceptance. It hasn’t been an easy battle and it took me many years to be able to accept how I look but it’s made a difference to me. I still like to purchase name brands but not for the same reasons as I once did. I no longer feel like I need to cover myself with expensive brands in order to help my confidence and I often encourage others to love their own body, after all it is the one thing that holds all of awesomeness that is YOU.

Glorie Martinez
5785
Why I Write On Odyssey