Mythology as a way of knowledge and understanding 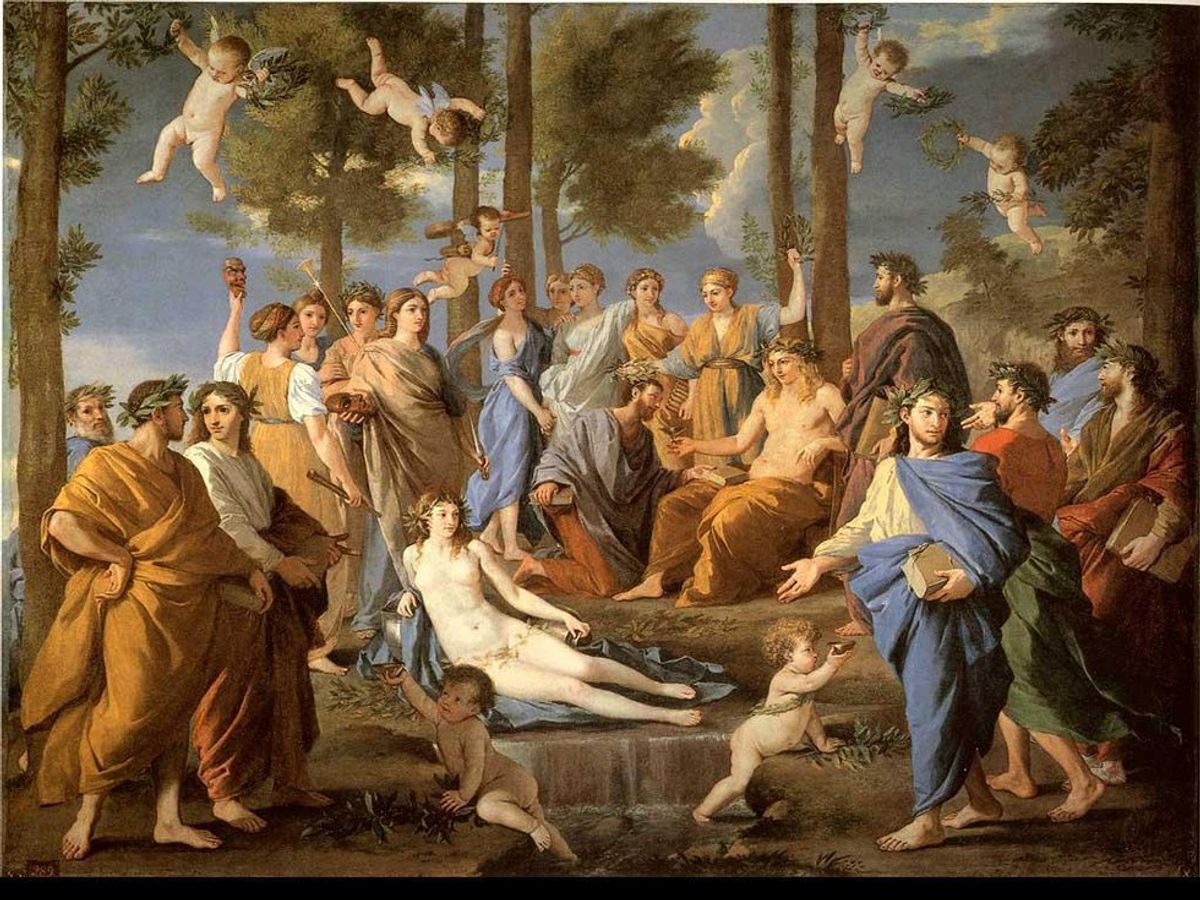 For thousands of years myths and stories have shaped the way that cultures have thought about themselves as a people, their society and their relationship to the divine. Stories have told how the world was created, reflected upon the place of humanity within creation and how we relate to one another as people. Clearly stories have served as a critical part of culture, especially as reflections upon the human condition. We have all grown up listening to stories our parents or teachers read to us, the tales of our grandparents’ childhoods or simply reading countless books in our spare time like I did. The effect of all these stories upon us as people is incalculable. We are shaped by what we read and hear, even the stories we tell others. As such, our society as a whole was built upon the narratives we tell others and ourselves.

Why, then, have we abandoned myths and stories as a source of wisdom and knowledge? The scarcity of humanities majors and the explosion of STEM majors in colleges across the country are but small effects. The broader cultural implications are far more serious. We lose a part of our heritage as a people when we forget the past; but when we lose the stories from the past—the creative expression and outpouring of years of learning and wisdom—then we lose ourselves in the present as well.

Over the course of several articles I will be exploring the importance of myth and story as creative expressions of cultures over time. These myths express beliefs about human nature, the human condition, relationships between individuals and cultures as a whole, and our spirituality. To start, I am going to discuss our relationship to God through spirituality and religion, and how this expresses itself through myths and stories.

By “myth” I do not mean it in the colloquial use of the term, “not true.” What I mean by “myth” is a story that expresses universal Truths about the world, coming forth from a specific culture’s expression of its past and its relationship to the divine. The deep cultural consciousness of a people is expressed by the stories the people tell and write; the accumulation of these stories becomes the culture’s mythology. These stories teach lessons not only to children, but also to people of all ages. Though myths may in fact be fictional, the historical truth is not the point; G. K. Chesterton once wrote “Fairy tales do not tell children the dragons exist. Children already know that dragons exist. Fairy tales tell children the dragons can be killed.” The reality of the dragon in the physical world is beside the point; in one’s imagination they are as real as a banana. But the myths themselves show that the dragons can be defeated. Just as the mysterious and ominous problems we have in our life may not be right in front of us, they still exist in our hearts and minds, and we still must deal with them. Myths show that these dragons can be slain.

Mythologies are rife with wisdom passed down through time, and guide people through the spiritual life. Joseph Campbell was a great popularizer of the importance of myths as a way of insight into humanity and spirituality. He wrote of myth as an experience of being alive, an expression of humanity’s innermost desires and expressions of creativity. He once said:

Myth helps us connect our physical experience to our spiritual being. The stories resonate deep within us and show us what we can accomplish and experience in a relationship with the divine.

Christianity has incredibly deep roots not only in the age it was founded, but in the broad and diverse past of many cultures, including the Israelites, the Near East, Ancient Greece and Rome. Greek philosophy from Plato to Aristotle has been the building block of apologetics and evangelization of Gentiles since the beginning. Saint Augustine took Platonic philosophy and found a way to mesh and express it in Christian terms and use it to evangelize non-Christians. Saint Thomas Aquinas Christianized Aristotle in order to reconcile Aristotelian ideas to Christian belief and was momentously impactful in strengthening Christian doctrine. But it is not just pagan philosophy that did this, but the eternal truths of human nature and the human condition that were present in the stories and myths that these cultures told. Take, for example, the idea of perfection and suffering. These motifs are foundational to Christian belief, but they are also universal, and we can gain insights from other belief systems and cultures through their myths and stories. The motif of perfection, as God is perfect, appears in many myths; or rather, the absence of perfection, because as Campbell says, perfection would be a bore, “it would be inhuman.” And this is exactly what Christianity expresses:

"The umbilical point, the humanity, the thing that makes you human and not supernatural and immortal—that’s what’s lovable. That is why some people have a very hard time loving God, because there is no imperfection there. You can be in awe, but that would not be real love. It’s Christ on the cross that becomes lovable."

This is the crux of Christian belief. The sacrificial nature of Jesus on the cross is what makes Him human: the pain he endures, the temptation he feels, and the misery he expresses in his last moments are the sign of His love for us, and the path to receiving and returning that love, letting it transform us in the process.

The life of Jesus is not just a story or a belief of Christianity. The life of Jesus and His suffering on the cross takes on a mythic quality because of its universal nature and the eternal Truth it expresses. The differing accounts of this story in the Gospels are not a reason for disbelief; on the contrary, these differences are what gives the life of Jesus its endurance and power. The Truth of His life transforms us all, but how we respond to it is different for every person. How we take the life of Jesus and express its universal nature in our own limited lives is what gives Christianity its beauty. We truly can be in a relationship with God. It is not simply a tribe or a culture having a relationship with a god, but each individual that is touched by God firsthand and led into a deep and transformative relationship with Him. Matthew, Mark, Luke and John were each touched in different ways, and each expressed this difference in their writings through the stories they tell and the events to which they give emphasis. The differences are not contradictory, but are in fact unifying. They show that God is truly universal and eternal and desires a relationship with each individual He has created, and our experience of that divine love gets expressed in our lives first, and then in our culture, giving rise to the stories that then take on a mythic quality that binds together all humans in the world.

These ideas express how spirituality is deeply imbued within the stories we tell as a culture. There is a reason why the Bible is filled with stories; they are the best way to express wisdom and revelation. All cultures from around the world have these mythologies that express their ideas about how the world was created and our place as humans within it. In future articles I will explore these ideas more, not only in relation to Christianity, but also to all beliefs and systems of knowledge in general.