My Summer Interning For "The Man"

My Summer Interning For "The Man" 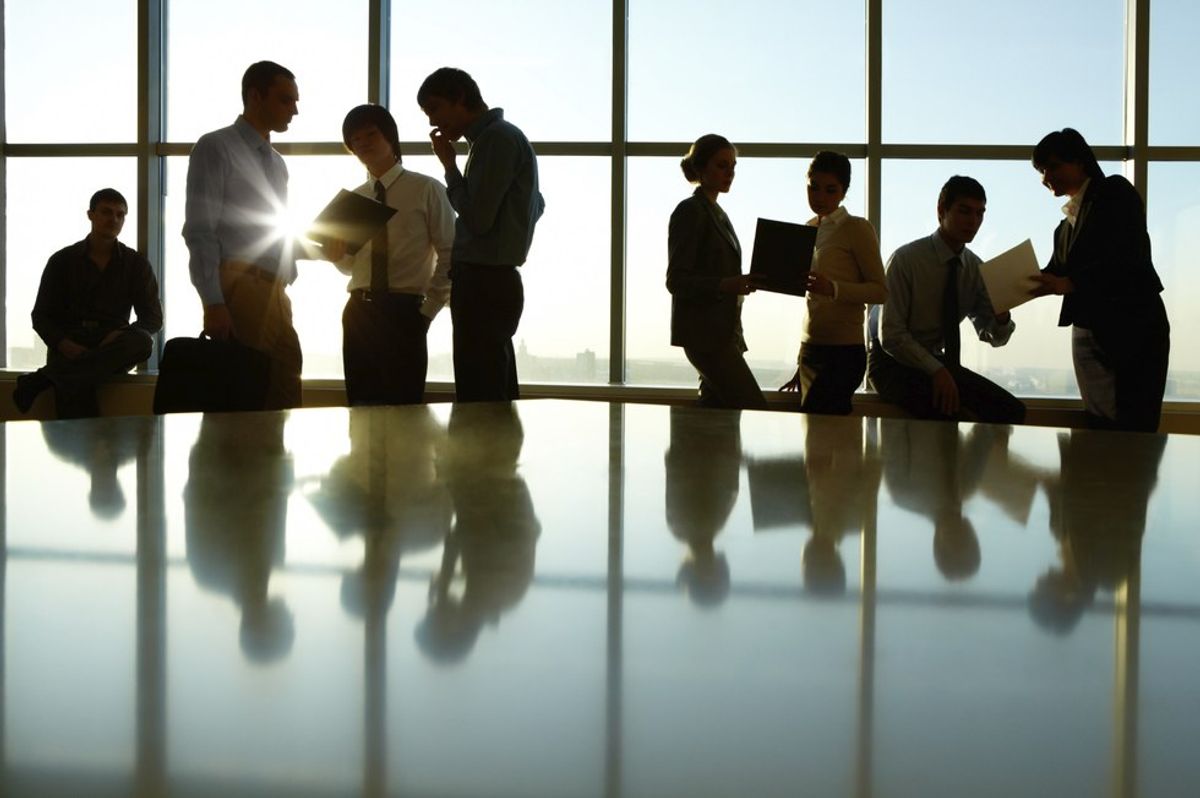 “Corporation” has been a trigger word for the liberal youth in the United States since the 60’s. The private sector is often portrayed as greedy, immoral, and will stop at nothing to consolidate power. CEO’s are the enemy, companies underpay workers, corporations killed the middle class, etcetera; you have heard it all before.

This summer, I decided to take a break from my “glorious” career as an amateur musician to work at a global, corporate firm as an intern. You might expect that I would be stuck in a cubicle for eight hours a day with uninteresting and menial tasks stacking up by the hour. However, this summer completely changed the way I feel about corporations in general.

APCO Worldwide is a global strategic communications firm. That combination of words may not make sense at first glance, which is almost purposeful. APCO is not just a public relations firm, or a lobbying firm or anything terribly specific. It is a large entity that employs all of its resources to become what each individual client (from both the public and private sector) needs it to be by, first off, figuring out what it is the client needs. The firm works with clients on a case-to-case basis to pull together strategies, connect networks, and to ensure that businesses are provided with creative solutions to their issues that combine global viewpoints and local insights.

When I arrived at APCO on the first day of my internship, I was welcomed to brightly painted walls, a beanbag chair breakout room, and an electronic desk that converts for sitting and standing positions. Essentially, I felt as if I had landed in the Silicon Valley of Washington, D.C. Aside from the aesthetic of the office, the employees all seemed to glow. Everyone at APCO has a very relaxed intensity that immediately dismisses the depressed, overworked and dried up caricature of those who work for large corporations.

I worked as an intern for the Office of the Executive Chairman (or in this case, Chairwoman) and had the opportunity to really talk to and learn from the founder of the company, Margery Kraus. Margery started APCO essentially from scratch in the mid-1980’s and has grown the firm to over 30 offices worldwide with over 600 employees.

In Africa, APCO worked alongside Novartis Pharma AG and Medicines for Malaria Venture in order to raise awareness of pediatric malaria treatment that resulted in the delivery of 200 million units to five African countries. APCO also worked with the Womanity Foundation to facilitate the creation of a forum for female leaders to work collaboratively on women’s empowerment issues among Arab-Israeli women.

These are just some examples, but it proves that businesses and corporations do have the power to make a positive change in the world. Their ability to collect profit, to grow and to incentivize employees for hard work gives them tools that non-profits simply do not have.

Of course, not every company in the world is as ethical and principled as the examples I have given. But I do believe that we should change the way we think about privatized, for-profit firms. Just because a firm is earning a profit does not imply that one person at the top is keeping all the money. The point, however, is that corporations are just collections of individuals. Some are good and some are bad. That is no basis to become disenchanted with the idea of private ownership.

At APCO, the employees come first, and every opinion matters. As an intern, I was constantly pushed to punch above my weight. I was encouraged to knock on office doors, to make suggestions, and to point out flaws in the projects I worked on. APCO treated me, a two-month intern, as a valuable part of their well-oiled machine.

Overall, I still firmly believe in government regulation without suffocation. Public interest should still take priority over profit, and monopolies should be prevented appropriately. This is far from a backing of trickle-down economics, but rather a call to end the stigma behind working for corporations. If APCO has taught me one thing it is that profit and philanthropy are not mutually exclusive.

Far too often we find ourselves making assumptions about what money does to people. Working in Washington this summer has shown me that humanity is very much alive in the business world. Amazing things get accomplished when good people put money into good things.