I went to the woods because I wished to live deliberately... 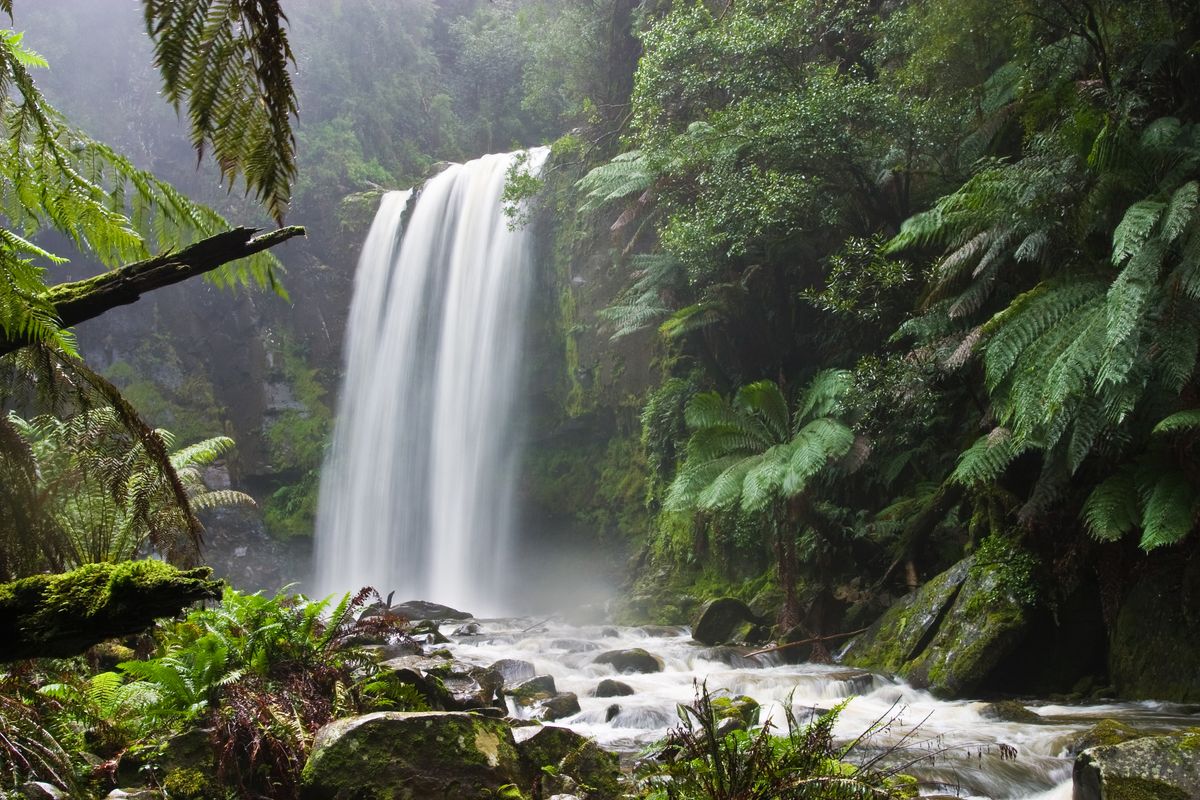 Can you remember the best day of your life? Most likely. The worst? I'm sure. The most nerve-wracking? Maybe. But, how about the most relaxing? Can you recall a moment where you were so at profoundly at peace that its stuck with you ever since? A type of serenity that you could hardly replicate even if you tried because it was such an extreme instance? Probably not. But, I do mine, and perhaps because it was so unexpected.

I decided to go on the North Carolina Outward Bound trip this summer, which is a week-long, challenging outdoor adventure program, where we lived in the woods with nothing but bare necessities. Despite loving nature and adventure, being a person wrought with extreme anxiety throughout my life, I entered the experience more than a little bit fearful. I thought that if life at home, where everything essential was never out of reach, gave me anxiety, that living in the woods putting all my effort into basic survival needs would absolutely destroy me mentally. But, I was wrong. The following are excerpts from a journal I kept throughout the trip, regarding some of the most beautiful and peaceful moments of my life:

"As the sun set on our first day and we inevitably approached nightfall, we found ourselves caught in a pretty heavy rain. After a night of not sleeping at the Comfort Inn due to my overactive mind anticipating the excursion, the rains tainted me with another night guaranteeing minimal to no sleep, and ultimately, difficult, racing thoughts. Or, so I thought. As the dense rain, like bullets, noisily bombarded the top of our tarp, my sleep was hindered, and yes, my mind continued to race, but in the best way. Here, in nature, during a rainstorm which practically everyone around me found stressful, I began to gain my innermost peace. I began to have very real and genuine thoughts about my life, and life in general, and all of its many aspects. I wouldn't say it was a revelation, but the thoughts I were able to conceive away from my daily pressures and in the middle of the woods, were unlike any I had had previously."

"On day two, we completed our most grueling hike. We hiked off trail, climbing up the side of an incredibly steep mountain, pushing trees, shrubbery, and everything in between out of our way as we trekked...Long story short, it was grueling, but once we made it to camp, we were all beaming with a sense of pride and accomplishment. Any description I would give of the course would not do it any justice, but trust me, it was hard. At the end of it, I felt deeply empowered; I felt like I could conquer anything I needed or wanted to...At night, it rained. No, that's an understatement. There was a torrential downpour. I woke up mid-sleep, yet again as our tarp was under siege by these thick, heavy bullets. And they were utterly relentless. As everyone awoke in a frenzy, drenched and in severe discomfort, I found myself not caring at all. If anything, I laid there, enthralled and appreciative of what was happening around me. Whatever discomfort I felt meant nothing to me in the grand scheme of what I was experiencing, pure, untouched, unfiltered nature at work. I find it so odd that I suffer from such severe anxiety, yet I am completely indifferent too, and even enjoy, these things happening now that so many of my peers abhor and even fear."

There are a few reasons why I have decided to share these journal entries. Firstly, I am beginning to view nature as a macrocosm for the human mind, or the idealistic human mind, rather. The way I witnessed animals, plants, and the environment around me feeding off one another so effortlessly and instinctively represented optimal cognitive functioning to me, and being immersed in nature influenced my mind to work as such. Feeding off of itself and growing, instead of succumbing to internal conflict as it constantly does in society. Secondly, this truly opened my eyes to the effects of societal pressures. Exposed to one of the few intact and unaffected areas of our world, and forced to rely on our own primitive instincts, I began to kick myself for the ways my anxiety has taken hold of me outside of this shielded environment. The things I worry myself over, school, drama, etc..., can all be boiled down. These are pressures we have merely created for ourselves, but they do not exist if we do not allow them to. Sure, its easier said than done, but truthfully, everything can be reduced to a mental game, and won that you can win, at that. Of course, it requires dedication and introspection of relatively high amounts, but it is possible. Lastly, I cannot emphasize enough the truth about finding yourself in nature. While this is not a professional opinion, I am 100% convinced that everyone should seek out an experience that exposes them to dealing with and living in pure nature, exposed to the elements, if you will, at least once in their life. It is so eye-opening, so humbling, and really grounds you. It teaches you to differentiate the real things in life from the things society thrusts upon us, and gives us the tools to sort through our priorities without being blinded by external pressures. It truly enforces intrinsic motivation.

As Henry David Thoreau once said, "I went to the woods because I wished to live deliberately, to front only the essential facts of life, and to see if I could learn what I had to reach, and not, when I came to die, discover that I had not lived."