My Parents Didn't Raise A Liberal, They Raised A Moral Person
Odyssey
CurrentlySwoonLifestyleHealth & WellnessStudent LifeContent InspirationEntertainmentPolitics and ActivismSportsAdulting
About usAdvertiseTermsPrivacyDMCAContact us
® 2023 ODYSSEY
Welcome back
Sign in to comment to your favorite stories, participate in your community and interact with your friends
or
LOG IN WITH FACEBOOK
No account? Create one
Start writing a post
Politics

My Parents Didn't Raise A Liberal, They Raised A Moral Person

And my morals lead me to the left. 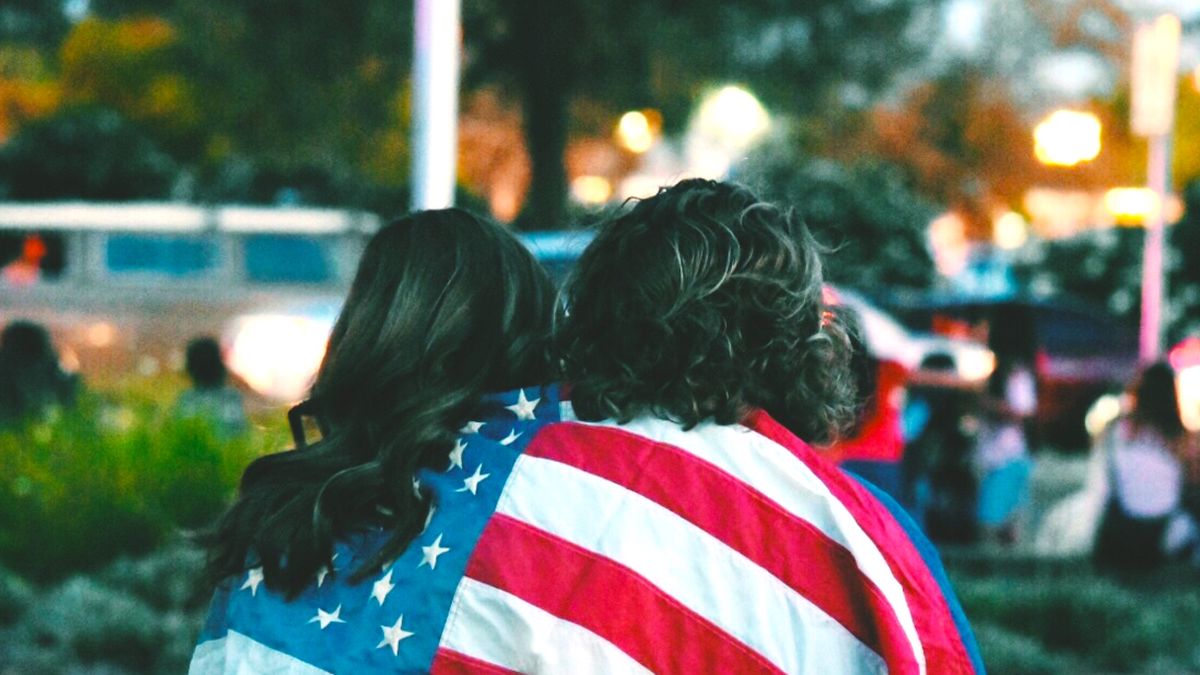 I don't like political labels. I think political parties cause unnecessary division, limit the opportunity for dialogue between those of opposing views, bring a ridiculous and damaging amount of money into politics, and are ultimately causing harm to our ideals of democracy. I don't ever want to label myself as a "Democrat" or a "Republican," because I want to vote for candidates, not parties.

However, especially with current politics, I've found it hard not to feel drawn towards one party and against the other.

By all accounts, I'm politically liberal. On social issues, I'm definitely liberal. On issues of healthcare, economics, foreign affairs...well, I find myself agreeing with the Democrats.

It's definitely not like I was raised a Democrat. Though my parents definitely lean a bit more to the left (from what I can tell), they've voted for candidates from both parties and neither of them identifies strongly with one party or the other. They try their best to allow me to form my own opinions, without the influence of their own.

I vividly remember them printing out pages with each candidate's views on it during the 2008 presidential election, when I was 12. They had me look it over, and put a "check" next to views I agreed with. When I was finished, we counted my checks and figured out who I would have voted for if I had been old enough to vote.

Pretty damn good parenting if you ask me.

So my parents didn't teach me to be "a liberal." But they did teach me morals. And my morals make me comfortable identifying with the word liberal.

Now, maybe that's not fair. Maybe there are people who have the same moral compass as me, but identify strongly as a conservative or a Republican. But personally, my morals lead me to the left. Here's why:

With those values in mind, I am drawn towards socially liberal ideals. I believe in marriage equality. I believe in a women's right to make her own decisions about her body. I believe in equal pay for equal work. I believe in supporting those in our country who are hurting, even if I'm working much harder than they ever will. (Because let's be honest, there are so many factors preventing them from getting to a point where they can work their hardest.) I believe in ending the discriminatory war on drugs. I believe in showing compassion before showing strength. I believe in treating every human as an equal under the law, actually.

I'll be honest, I have a lot to learn about economics. I do not currently have the knowledge to feel like I can form educated opinions about how our country's finances should be handled. So who knows, after I do more research (which I plan to), maybe I'll be fiscally conservative. Actually, for the sake of argument, let's assume that I am.

I understand the notion of being socially liberal but fiscally conservative. A lot of people identify that way. Unfortunately, in our current state, you're not going to find many, if any, candidates who represent that mindset. (Parties are divisive and encourage extremes. I could say more, but that's for another article).

Maybe that's ignorant. Maybe my willingness to give up my own time and money for those who are oppressed in this country will leave me broke and alone. Maybe my dreams of equality are too grandiose for our society, and their actuality would lead to a crumbled government and a broken country. I've been told as much.

Maybe it's naive, but I'd rather end up with no money than know that I saw discrimination occurring and turned a blind eye. I'd rather take a low paying job in public service than retire in a summer home at age 60. I'd rather forgo my personal comforts than live comfortably at the expense of others.

I lean far to the left on social issues. And so, in this political climate, I can't help but take the side of the Democrats. I certainly don't like everything about the Democratic party or Democratic politicians.

But as a whole, I can see my values in the social stances they take, and those are what are most important to me.