My iPhone Broke And Now My Life Is Over
Odyssey
CurrentlySwoonLifestyleHealth & WellnessStudent LifeContent InspirationEntertainmentPolitics and ActivismSportsAdulting
About usAdvertiseTermsPrivacyDMCAContact us
® 2023 ODYSSEY
Welcome back
Sign in to comment to your favorite stories, participate in your community and interact with your friends
or
LOG IN WITH FACEBOOK
No account? Create one
Start writing a post
Student Life

My iPhone Broke And Now My Life Is Over

I promise that wasn't a drunk text. 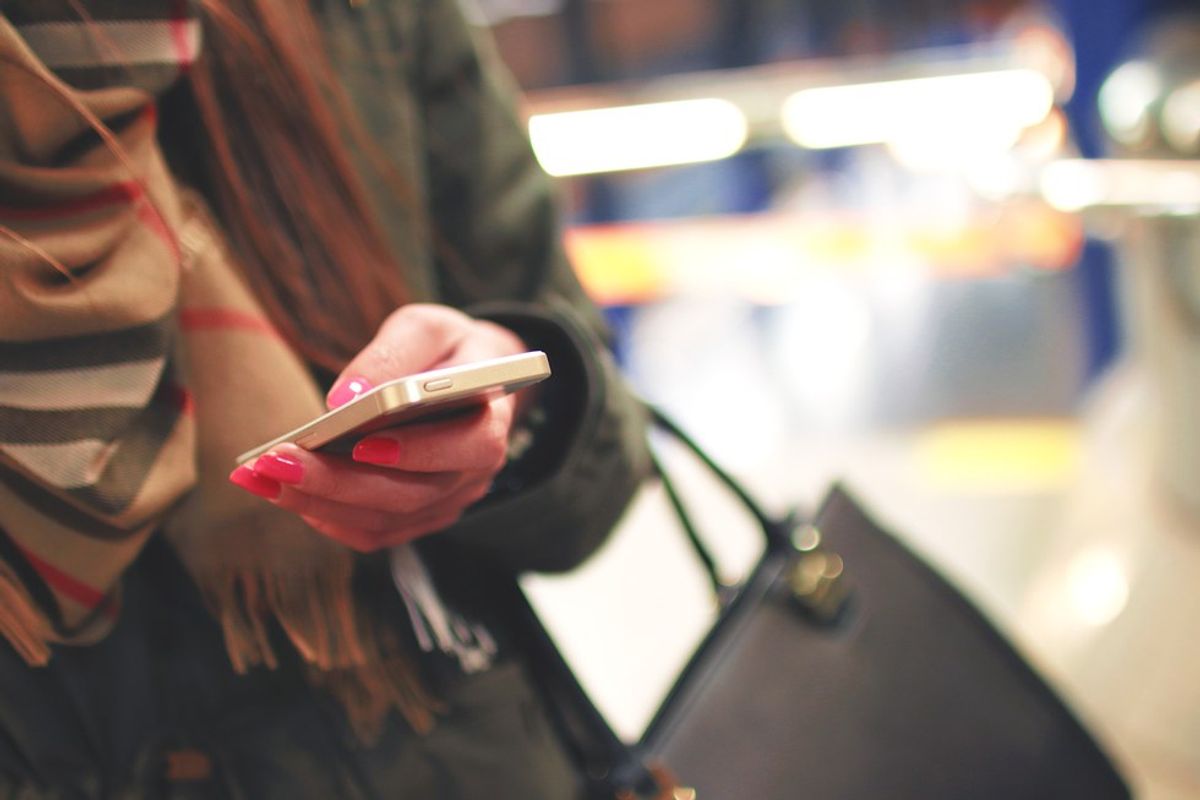 Ok, let me explain. I'm not really someone who is "addicted" to their phone. Yeah, I like the snapchat dog filter as much as the next girl, but that's beside the point. Literally even actual dogs look cuter with that thing.

Let me start from the beginning.

A while back, I shattered my phone screen. No, this wasn't just your run of the mill scratch. It was about two cracks away from looking like it had spent some time in a trash compactor. We're talking a screen crack so bad there were chunks missing and the "a" key wasn't working. Do you know how many crucial words contain the letter "a"? Answer: a lot of words. Also, as, are, alcohol, again, ayyeee and always are all "a" words very important to every day communication.

So, yeah, I basically had to preface all my texts with "promise I'm not drunk," which is hilarious until you have to text your older relative "happy birthday" but it just comes out like "hppy birthdy" and he or she thinks you're just another degenerate teen who can't spell.

I finally got my screen replaced and felt like a whole new woman. That is, until, not only the "a" key, but the entire touch screen decided to quit on me. So basically, I felt like I was living in the 1800s. That's right, for the entire next week, I was relying on one b*tch to keep my life together: Siri. I sounded like a complete jerk every time I needed to call or text someone. Trust me, nobody thinks you're cool when you have to yell "call mom" like twenty times into your piece of sh*t phone while walking around campus between classes.

As someone who spent an entire week using the extremely high tech voice controls on my iPhone 6, I have come up with a list of um, "opportunities" for Siri to improve on. As a teenage marketing major, I sincerely believe Apple should take the following sage advice when considering their next updates:

I have a friend named Christine Lane. Siri had a very, very hard time realizing "Christine Lane" was not a place I was trying to navigate to. Now, whenever I need to text Christine, it has become so difficult I consider jumping off a bridge.

Nothing ruins the magic of taking a cute candid picture with your friends like having to say "Siri, open snapchat." Or, even worse, "Siri, open FaceTune." Siri has absolutely zero discretion. The following conversation, while a slight dramatization, will hopefully get my point across:

Siri: I didn't quite understand that, did you say "google Panera?" Didn't you just eat, fatass?

Siri: Are you sure you want me to do that? Your friends said those jeans didn't make you look fat, but they actually kind of do. Plus that top is not your color. Your haircut also makes you look like Paul Rudd and you'll probably die alone. Is there anything else I can help you with?

Going out with a broken touch screen really makes you consider what you text people, because when you text someone, you have to say it out loud for the entire group to hear. Trying to slyly drunk text your ex at 2am? Good luck.

Me: *would rather work out in complete silence*

So that's pretty much the true story of how I got roasted by Siri all week long. Next time you see me, I'll be happily using my brand new Motorola Razr.