I Wish I Never Would Have Played High School Football
Odyssey
CurrentlySwoonLifestyleHealth & WellnessStudent LifeContent InspirationEntertainmentPolitics and ActivismSportsAdulting
About usAdvertiseTermsPrivacyDMCAContact us
® 2023 ODYSSEY
Welcome back
Sign in to comment to your favorite stories, participate in your community and interact with your friends
or
LOG IN WITH FACEBOOK
No account? Create one
Start writing a post
Sports

I Wish I Never Would Have Played High School Football

Some say it's a time of your life you will never forget, and I agree, but not for the good. 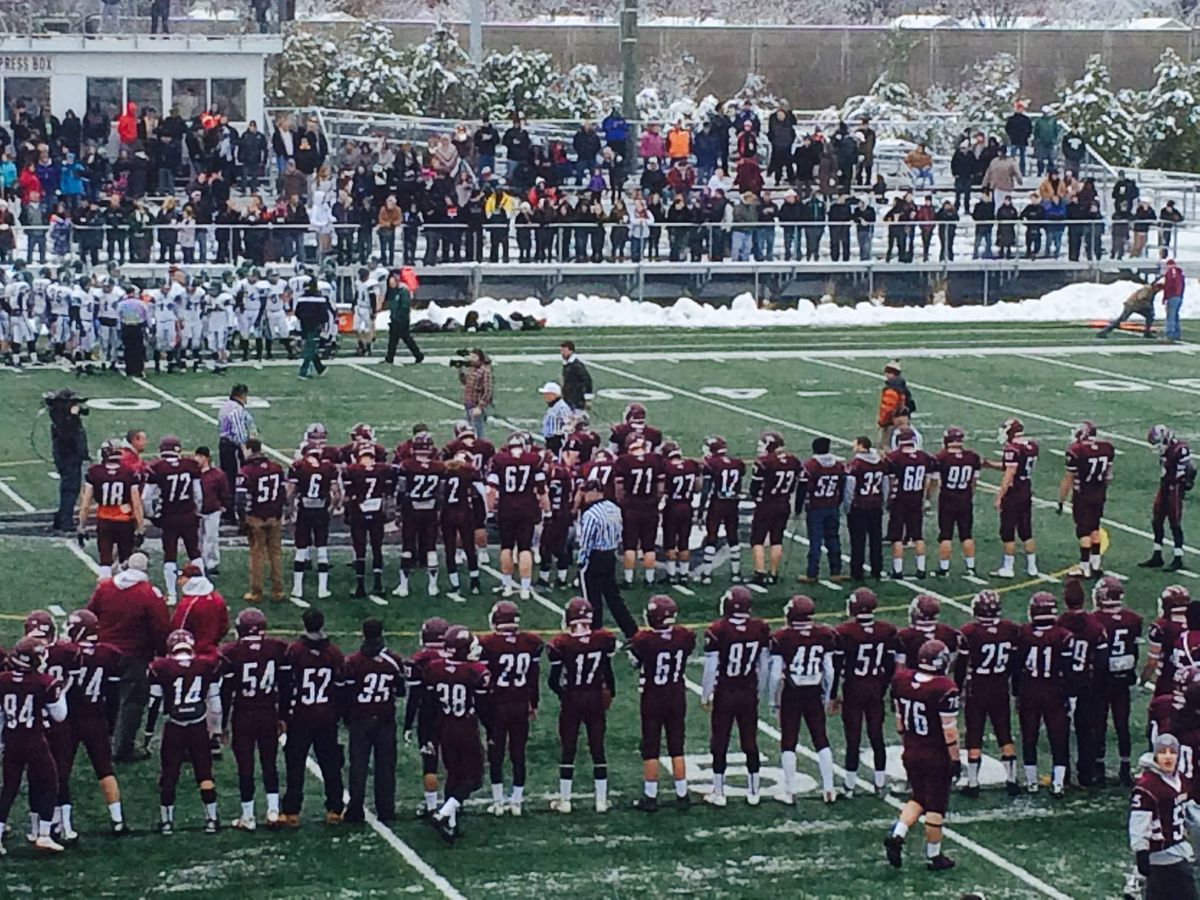 We all have our fair share of moments where we wish we could just go back in time and re-do everything differently. But sometimes regrets are good, they can teach us valuable lessons and make us grow, yet still sometimes they serve no absolute purpose. My biggest regret is something most would consider something to be proud about, or that many wish they could also have experienced. It supposedly has this “high” status in your community, making you cool and well known, picking up chicks left and right, but to me it was all a lie. This regret? High school football.

It’s crazy, I’ve always presented football as something that I’ve been proud about and I even wrote my college essay on it. Sure enough it really taught me a lot about toughness and discipline, but none of that can sugar coat my true emotions and feelings about it all. I just want to share my real experiences, thoughts, and feelings mainly to give potential football players a real opinion on the sport.

When I first played I expected to dominate, pick up girls, and become popular. I played the game of football for my status and popularity, not for the love of the game. In fact, I really didn’t like playing football. My sophomore year I was a Junior Varsity B team second string running back, and practices that year were just me accepting beatings every afternoon. It's set up so that varsity defensive players play against junior varsity offensive players, and varsity offense versus JV defense. So for about 3 hours every single day, I went up against 250 lb defensive linemen who could eat me for breakfast, clobbering me and crushing me every single play, putting my face down to the ground so I could eat the dirt. A whole 3 months of this, and on top of that the freezing weather, it was just torture.

Eventually, with some luck, I switched positions to cornerback and became a varsity starter my junior year, and I was excited to begin this new chapter of my football career. My pride shot up to another whole level; finally football was going to be fun, but just the opposite happened. I discovered the reality of favoritism--a huge flaw in high school sports. Both my senior and junior years I still remember those select few “cool kids” whom the coaches just absolutely loved.

They treated them like their sons, protecting them and never blaming them for an obvious screw-up, or always joking around with them on the sidelines and giving them all this attention. Everything was given to them, just because they were considered “cool”, and no matter how hard I or some of my friends worked, we never achieved this sense of liking from any of the coaches. It was ridiculous, because these kids had this right to just treat the team however they wanted, giving them this advantage above every other player. They could slack off every play, become lazy at practices, treat teammates like dirt, or go off and do illegal things every week, yet nothing changed. There was this one guy my junior year who during every play put his head down and rammed us defenders head to head, which wasn’t allowed during practices especially against your own team. I got a ring in my head, and googly eye vision every single time, but no one cared. Favoritism.

Not only was this favoritism bad, there was something else that just made everything worse: racism. Football always emphasizes community and teamwork, saying that we’re one together and a brotherhood, but I learned everything opposite of community and brotherhood. Being one of very few Asian Americans on the team, I stood out, and that wasn’t a fun four years. Hearing derogatory statements and getting made fun of for my culture or the way I looked was all fun and games the first few times, but trust me: hearing them over and over again becomes this record player in your head creating shame and hatred of your own identity and appearance.

Coming to practice everyday and hearing the exact same jokes made football a burden. After class I remember walking to the locker room just hating everything, hating how I was treated and hating how even some of my closest friends would laugh at the jokes, despite knowing how much it sucked. Putting on this fake smile became a sickening errand, because hearing the jokes really makes you think about yourself differently, since you begin to brainwash yourself in believing these things. I’m not sure why I went through all of the racism, I should have just quit, but my pride for popularity, for fitting in, and my lack of bravery made me just go through it all, every single day for four years.

And finally, the simplest of it all: fear. Football’s supposed to train toughness and durability, but what’s crazy is every single Friday I walked in to the stadium with fear. Fear of injury, fear of failure, fear of everything. It’s easy to trick your mind in loving it all and putting on this mask of love, passion, and toughness, but deep down inside I knew I was scared. I didn’t want the ball thrown at me, or the runner to come at me. I wasn’t confident; I knew I wasn’t even that good. Everything was a show. I knew “fake it till you make it” pretty well at this point.

I find it absolutely crazy how it took me a whole year to figure out how I really felt about high school football. I still love watching NFL, amazed at the toughness and athleticism of the players, thinking just how it almost seemed like they weren’t even human. Football in the movies promises popularity and glory, toughness and durability, but honestly all I really remember is shame and fear, frustration and inequality. Don’t get me wrong that there are definitely some good attributes to football, but the experience as a whole now that I think of it a year later really just sucked. Finding a community now and really understanding what support, diversity, inclusion, and love really mean, high school football promised none of that.

If you asked me to do it all over again, I would look at you, laugh, and probably go shoot hoops with some of my best friends, or join the science team, or even just play another sport.

Nicole Marie Nigro
Individual Creator
6271
c1.staticflickr.com
Where to start...... Let me start with the cliche that life throws us curveballs and what we do with it is what counts.