We didn't think it was possible to cry while chewing a piece of gum. 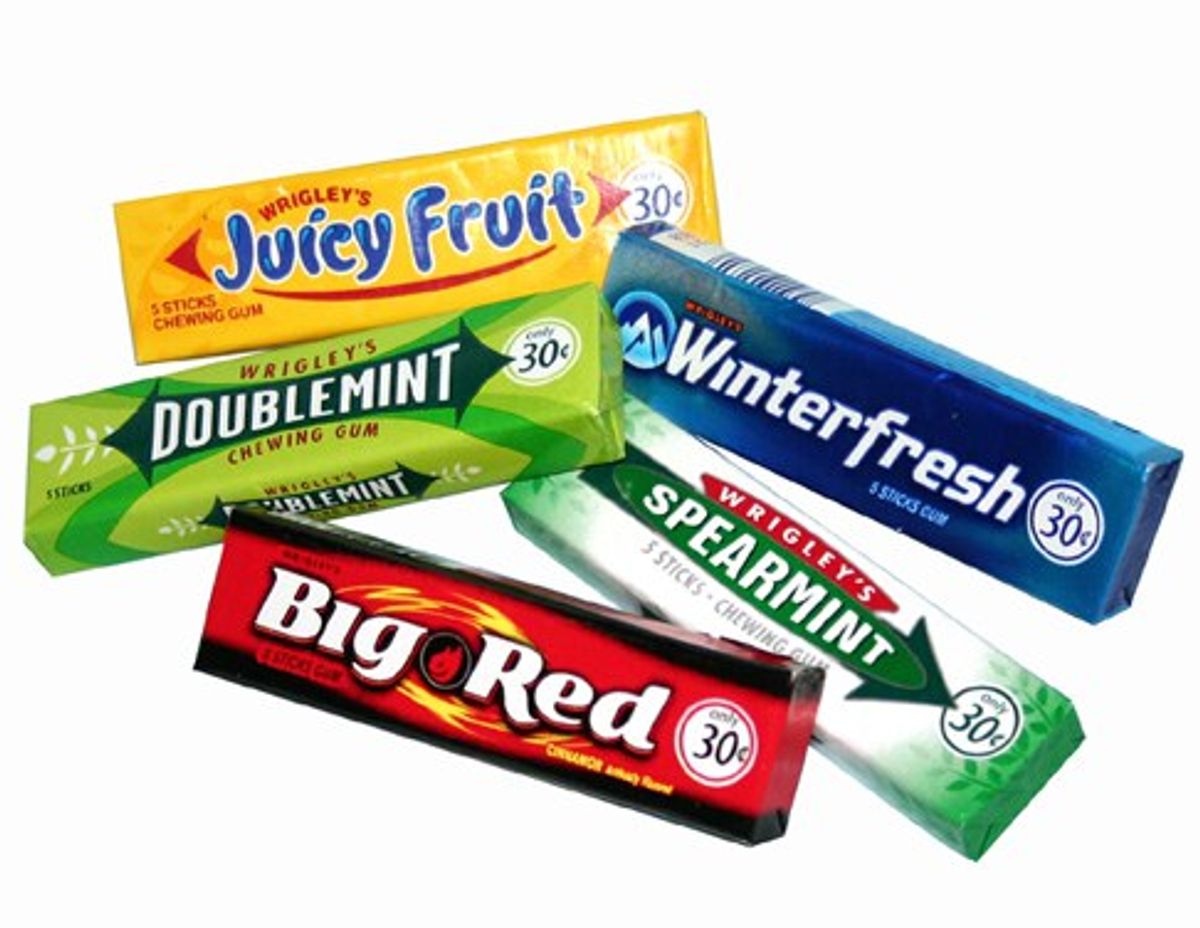 I am a gumaholic. Yes, I am addicted to gum. My problem began when I was eight years old, on Tuesday, May 17th 2005. That day, my father died suddenly of a heart attack.

In the week after, friends and family brought food and stayed with us. I didn’t understand why they were bringing us gifts at such a somber time. Until that point, I had only received gifts for birthdays or holidays. My young mind associated gifts with happiness and I was certainly not happy. I do not truly remember grieving my father’s death in the days and weeks after my father’s passing. I was too young to recognize my own feelings. What I remember most was my mother’s reaction. I had never seen someone cry more than she did. She cried with her mouth half open and her head in her hands. I remember wanting so badly to stop her tears. On the second day after my father’s death, my best friend, Stephanie, stayed home from school to be with me. She and I were upstairs in my room listening to my mother’s cries while we tried to brainstorm ways of cheering her up. The first step was to stop her tears. I remember asking my grandmother to take Stephanie and me away from the crowd of people at my house so we could buy a pack of gum. Neither of us thought it was possible to cry while chewing a piece of gum.

We returned home with four yellow packages of Wrigley’s Juicy Fruit gum, where we found one of my father’s colleagues reading a short story to my mother, who, barely listening, continued to sob on the couch. Stephanie and I climbed sneakily up onto the back of the couch and sat behind my mother. Stephanie unwrapped the first piece of gum and passed it to me. I reached around my mother’s head and tried to toss the gum into her open, wailing mouth. My mother’s mouth accepted the piece of gum and started chewing, but continued to cry. Stephanie and I were quickly escorted away by a family friend who scolded me and asked me how I could be so inconsiderate at a time like this. Stephanie and I were not discouraged, however. We were driven by the necessity to see my mother happy again. We quickly came to the conclusion that one piece of gum just wasn’t enough.

In the next few days without my best friend by my side, I tried many different approaches to giving her the gum. I would walk up to her once an hour and leave an unwrapped piece of gum in her hand. She would thank me but continue to cry. By the time I came to the realization that it was indeed possible to cry while chewing gum, family and friends had stopped coming over. They had stopped bringing food. But my mother had not stopped crying. She was paralyzed by her own tears. I knew the gum would not solve her problems. I only had one packet of gum left, and I decided to keep it for myself. I found myself stuffing gum in my mouth when I was hungry, bored, lonely, or restless. Gradually, my mom got better, but a compulsive habit had been born.

Gum chewing became a dependency that lasted long past my mother’s recovery. I find that when I am stressed or sad, I crave gum. I use my cravings as a tool to recognize my feelings. I keep a packet of gum in my purse and on the inside of the flap, I have a post-it note that reads “What’s wrong?” While the gum never helped my mom, it was probably the most important part of my own recovery. When I read the post-it, I take a few minutes to meditate and move toward achieving my own happiness. My hope is that one day, when I reach for a pack of gum and ask myself "what's wrong," I will always reply to myself with "your breath stinks!"