The Unspoken Dangers of 'Mukbang' Culture

The Unspoken Dangers of 'Mukbang' Culture

Ever wondered why you can't stop clicking on these addictive, self-made eating shows? 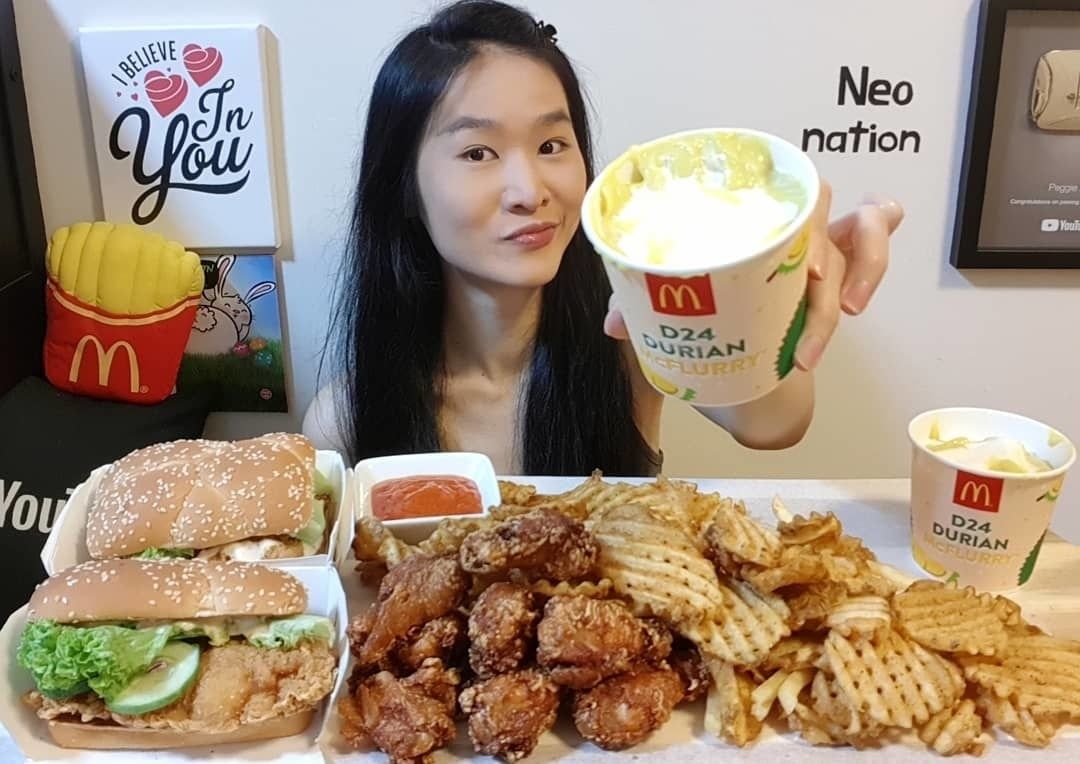 Unless you've been living under a rock for the past five years, you've probably heard of the internet trend commonly referred to as a mukbang, or "eating show." These self-produced video clips typically involve one hungry individual, their filming device, and an obscene amount of delicious foods.

Though these broadcasts originated all the way from South Korea (hence the foreign vocabulary), the growing popularity of eating videos has taken the internet by storm. Nowadays as you scroll through YouTube, you'll find an outrageous amount of uploads with titles like "10,000 CALORIE PASTA MUKBANG," "EATING EVERYTHING ON THE MCDONALD'S MENU," or "THE ULTIMATE CHOCOLATE CHALLENGE."

Popular 'mukbangers' such as Peggie Neo, Megan McCullom, and Steven Sushi have made a sizable profit off of their viral eating shows, some collecting tens of thousands of dollars in revenue.

So, what's the big deal you say? You order a large quantity of food, indulge in said food, film yourself completing this menial task, and upload to the internet for money and fame. On the outside, this may seem like a luxurious lifestyle, but behind the camera lens sits an individual battling their own demons and influencing the world of social media to partake in their harmful behaviors.

Mukbanger Livia Adams ("Alwayshungry" on YouTube) has opened up about her unhealthy relationship with food in the past, praising herself for fasting several hours in order to justify her over-indulgence on camera.

Similarly, internet sensation Trisha Paytas claims to diet and starve herself for weeks just to be able to satisfy her subscribers with epic mukbangs, which are essentially binges.

In all actuality, these social media celebrities are negatively impacting (and possibly triggering) vulnerable viewers.

Many fans only see the highlight reel of YouTubers shoveling bowls of cereal or boxes of doughnuts into their mouths, yet remain completely unaware of what truly goes on behind-the-scenes. Messages saying:

"I'm on a diet... watching this is giving me some sort of satisfaction, like as tho I ate, you know?"
"I watch these videos because I know I physically can't afford to eat like this because I gain weight too easily."
"When having an eating disorder, watching Trisha's mukbangs is sorta comforting in a way omg"

flood the comments sections of Paytas' videos. Quite obviously, fans young and old are heavily influenced by this content and continue to support these creators to fulfill a self-destructive need.

Additionally, famous mukbang accounts never seem to include the painful after-effects of their ginormous feasts in videos. Fitness model Stephanie Buttermore flaunts her slim physique just days after consuming over 10,000 calories for a challenge, giving the impression that her previous overindulgence had no repercussions on her health whatsoever. Because Buttermore is a trained, athletic young woman, she was able to quickly bounce back after a series of workouts and low-calorie meals.

On the contrary, if a sedentary woman of about the same age were to attempt this challenge, she would most likely feel sluggish, irritable, bloated, stomach discomfort, and even vomitous post challenge. Eating regularly like this could lead to bigger issues such as heart disease, obesity, diabetes, high blood pressure, and certain types of cancer. Unfortunately, because topics like these aren't glamorous and attractive to subscribers, mukbangers often edit them out.

Now don't get me wrong. Though not everyone who uploads a mukbang to the internet has an eating disorder or an evil agenda, they have to realize the kind of audience they're appealing to. This generation is more susceptible than ever to emulate the actions and words of their favorite celebrities. Young boys and girls look up to successful adults, and influencers should be remembered for the change they inspired, not the disease they encouraged.