The 7 Best Movies To Binge On Christmas Eve And Day

The 7 Best Movies To Binge On Christmas Eve And Day

From magic, to comedy, sci-fi, family, and even a teddy bear. 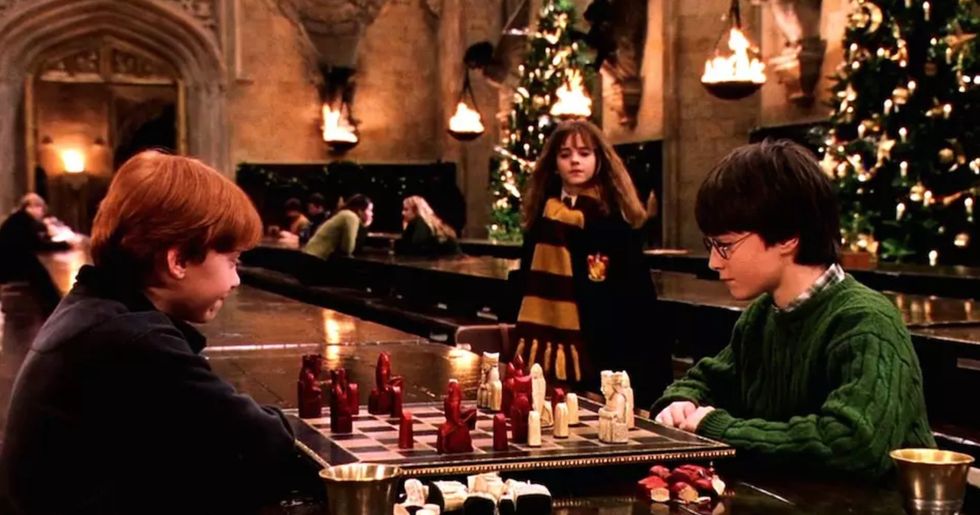 Christmas is around the corner. From shopping to cooking, travelling, and more, people are already preparing for the holiday. In addition to opening gifts, spending time with family, eating, and enjoying time off from school and work, many will also be spending the day and evening before, watching movies. Between holiday classics, blockbuster film franchises, comedies, and various other genres, chances are somebody will be flipping on the TV to stream, turn to, or put in, a great movie. Here are the best movies to watch on Christmas Eve and Day.

Fans are still going crazy for the wizard and his Hogwarts friends, years after the last book was published and the eighth movie premiered. As more generations are becoming fans of the boy who lived when else would be a better day to see where it all began? Both "The Soccer's Stone" and "Chamber of Secrets" even have holiday scenes in them, bringing people more into the holiday spirit.

This will be the first time in four years that Lucasfilm does not release a new Star War's movie. Since 2015, December has become the month when a new film in the series premieres. Sadly, fans will have to wait until next December for episode IX. On the bright side, this gives newer ones, a chance to watch the series from its 1977 debut. What better day than Christmas, to gather around the TV, sip some hot chocolate, wear pajamas, not have anything school and/or work related on your mind, and learn about the original characters?

In their second movie, Drake and Josh returned to the small screen, a little over a year after the show finished. A decade after first premiering, this movie is still making both kids and adults laugh to this day. This time, the brothers face some challenges as they attempt to please foster children in an effort to avoid time behind bars. While the story might not seem funny, it's the characters and dialogue that will keep viewers laughing all throughout it.

In his second movie following his SNL departure, Will Ferrell doesn't fail at making people laugh in this holiday classic. Since it hit the cinemas in 2003, "Elf" has become a holiday classic that many turn to each year. It's also the perfect comedy to turn to after the gifts are open and a great way to say goodbye to it as it concludes.

If you're looking for a good film revolving around two siblings and one trying to help the other out, this is the one. It also includes a few big named stars such as Vince Vaughn, Paul Giamatti, Kathy Bates, and even Ludacris makes an appearance.

While it might not be as big of a Christmas movie as others, it's the beginning of it that will likely get you into the spirit. From when John first receives the teddy bear on Christmas Day, to Ted's many mature moments throughout the film, this one will be sure to kick you in the stomach and have you rolling out of your seat with tears. Just make sure the children are in the basement or not around the TV.


Known as the holiday film franchise where Tim Allen, portrays a man who caused Santa to slip from the roof, finds out he must get married by Christmas Eve, and save the North Pole from Jack Frost, this ought to keep the whole family entertained on both days. The third movie even contains a great song that will be stuck in your head all day.

This tells the story of professional football player Michael Oher's life and the issues he suffered when he was younger. Be prepared to have tears in your eyes as Sandra Bullock and Tim McGraw's performances, will leave you amazed. The story itself will also bring tears to your eyes. It's what family is all about.

christmas
Report this Content
This article has not been reviewed by Odyssey HQ and solely reflects the ideas and opinions of the creator.