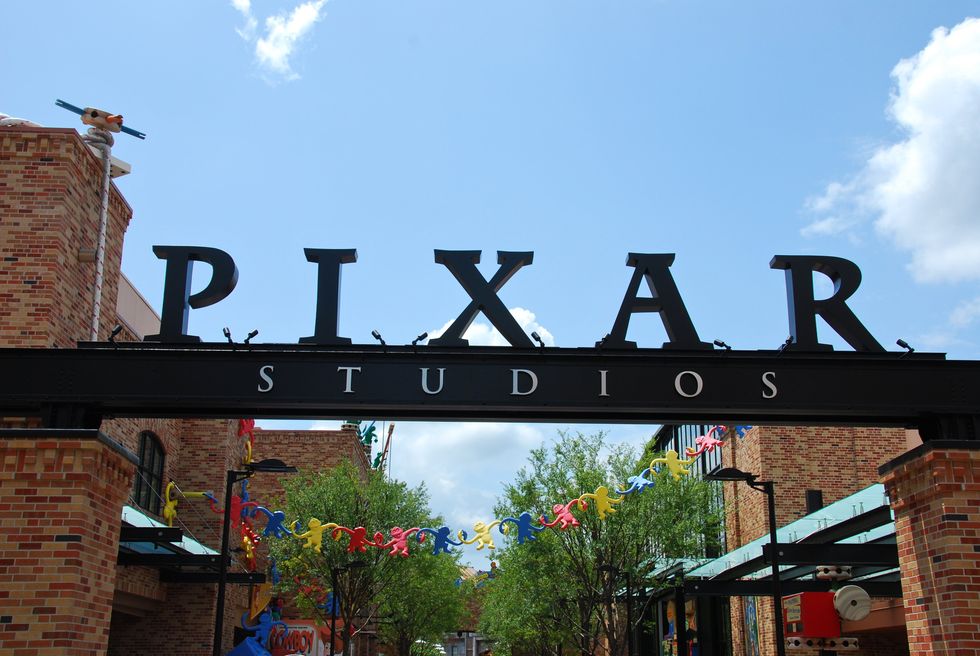 In honor of the recent release of "Incredibles 2" from Disney Pixar Animation Studios after fourteen long years of anticipation, I wanted to compile a list of my top 10 Pixar films.

"A Bug's Life" hit theaters in November 1998 and received praise from most of its critics. Over the years, however, it has lived in the shadow of Pixar's cult classics such as "Toy Story" and "Finding Nemo." It was a stand-alone film and did not get a sequel, which is why I believe it has fallen short of received as much acclaim as some of Pixar's more recent films. "A Bug's Life" will always hold a special place in my heart, though, because of its memorable characters and witty humor.

"Toy Story 2" AKA the sequel to 1995's "Toy Story," and Pixar's claim to fame, hit the big screen in 1999. The much-anticipated sequel introduced new characters in addition to Woody and Buzz, such as Jessie and Bullseye. Although this movie is just as good as the original and produced a great storyline by giving its audience insight to Woody's background as a star, and teaching the importance of sticking together, nothing will ever beat the original "Toy Story" in my eyes, which is why it will appear later in this list.

"Up" is the first movie on this list I actually got to see for the first time in the movie theater, with its release being in May 2009. "Up" is a movie that will make you both laugh and cry (like most Pixar movies, I suppose.) Carl Frederickson and Russell will be sure to make you smile and Doug the talking dog will most definitely make you laugh. Aside from "Up's" storyline, I also throughly enjoy the design and aesthetic surrounding the movie. The house being carried away by all of the colorful balloons has been inspiration to many artistic endeavors.

Pixar's 2007 feature film was "Ratatouille." Another film I saw in the theater, and another underrated film in my eyes. "Ratatouille," although following the typical storyline of a talking animal, it is unique because it relates the story of a rat who can cook. There aren't any other Pixar films that relate around this topic and can produce an intriguing story in the process.

"The Incredibles" was released in 2004, following the release of the hit "Finding Nemo" the previous year. It follows a super-hero family and also features Mr. Incredible's friend, Fro-Zone, who can't find his super suit. Needless to say, I am extremely excited for the sequel to this movie to be released after fourteen years of anxiously awaiting.

I instantly fell in love with "Inside Out" the moment I saw it in theaters in 2015. It chronicles the life inside Riley's head, with her emotions Joy, Sadness, Anger, Disgust, and Fear, controlling how she feels on a daily basis. It's such a heartwarming film and relates an extremely important lesson of allowing yourself to balance out your emotions in a healthy manner. It's okay to not be happy all the time. It's okay to feel sad and angry. Thank you, Pixar, for making such a fantastic film to teach younger audiences such a crucial lesson about growing up.

"Finding Nemo" hit theaters in 2003 and was instantly a hit. It tells the story of an overly protective father, Marlin, who loses his son, Nemo, after he is captured by a scuba diver. He tries his best to find him and along the way meets Dory, a fish with short term memory loss. I will forever love this movie and it will always be one of my favorites. Just remember: P. Sherman 42 Wallaby Way, Sydney.

"Coco" is Pixar's most recent release, and it surely did not disappoint. I saw this movie twice in theaters and I absolutely fell in love with it. I don't want to give too much away because I want you to experience the fantastic storyline for yourselves, but, I will say it is a heartwarming tale about family loyalty and also celebrates the Mexican holiday of Dia de los Muertos in a beautiful way. The movie is on Netflix, so I highly recommend watching it like... now.

"Toy Story" was Pixar's claim to fame back in 1995. It was the first movie to use computer animation, so it took its viewers by storm with fascination. Pixar has went on to make two more films in this franchise, and is set to release "Toy Story 4" in 2019. The lovable characters of Woody, Buzz, Ham, Slinky Dog, and Bullseye will always be some of Pixar's best. They'll also ALWAYS be owned by Andy, sorry, I don't make the rules. Also, remember: "You saved our lives, we are eternally grateful."

"Monsters, Inc" was released in 2001 and follows monster best friends Sully and Mike. This movie gets the number one spot for me just because of its unique storyline, heartwarming ending, and funny humor. Mike Wazowski is also my favorite Pixar character, so that helps. I'm a proud owner of a Monsters University hat, the prequel to the 2001 movie, and own some other memorabilia. This movie is also underrated, I believe, so I'm giving it the appreciation it deserves.

I hope you enjoyed my list and let me know your top ten Pixar films :) Hope you all enjoy watching "Incredibles 2" everybody!