The 7 most insane, admittedly cool sports you can participate in. 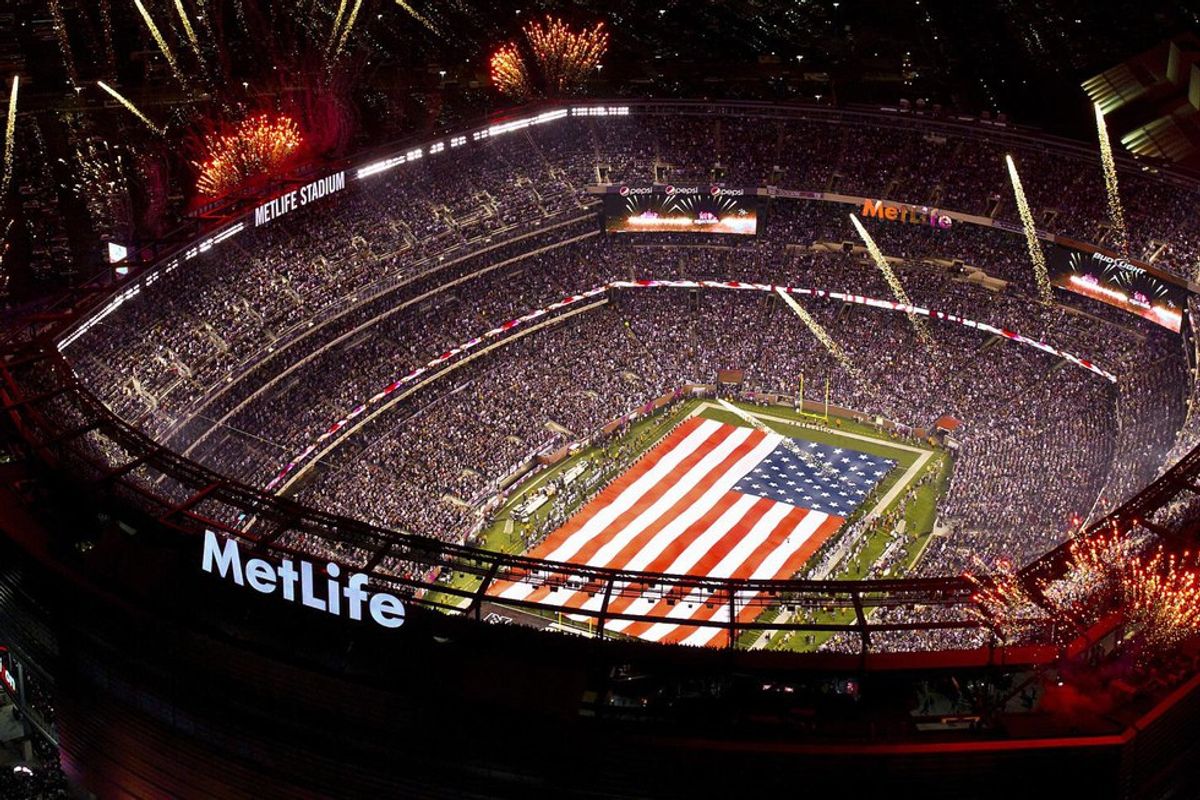 The Super Bowl is just around the corner, and it might be baseball season, or soccer season, or some sport season. If you're someone who isn't specifically passionate about sports, or who was just never quite talented enough to play for the team, don't fear. There are options, and if you put your mind to it, you can turn almost anything into a sport. People have been proving that for years.

Before we can be fully emerged into the world of sports, it's helpful to know what a sport actually is. Sport is defined as "an activity involving physical exertion and skill in which an individual or team competes against another or others for entertainment." Now, with that in mind, let's dive in.

Every Harry Potter fan has dreamed about catching the winning snitch, and flying through the air with Harry and Ron. Obviously we can't do that exactly, but we can get pretty close. Real life Quidditch teams have been popping up all over the United States and England. The game, while not exactly like the real things for obvious reasons, is actually pretty fun. I played in high school. The game is a fun mix of hide and seek, tag, dodge ball, running with a broom between your legs, and throwing.

If you play as the snitch, then you have the privilege of gearing up in a gold spandex suit, and hiding from the seekers on both teams, while other players battle it out on the field. However, you can and will be tackled.

So, grab a regulation sized broom, chase that quaffle, and follow your dreams while enjoying your new found sports interest.

If you're more intellectually intrigued, and crave a challenge, but also just really want to land a sick punch, then there is a sport for you.

It combines the best parts of both activities - the intellectual stimulating side of chess, with the unnecessary violence and stupid ropes found in boxing.

Three rounds. The first one to checkmate or knock out their opponent is deemed the winner.

Well, this essentially like that, but you''re the hamster, and in you're in a down hill race.

Get the best time, and then you too will have a fun sports story for the next awkward moment in the break room.

Hold onto your mothers folks.

Extreme Ironing is a sport in which teams or individual competitors are scored on a couple of different factors, ranging from not falling off the top of the mountain or the cliff they're on, creases in the clothing, and the wow factor, which in extreme ironing is called "creative ironing".

The've had a lot of world championships for this since it is originated in 2002, and Great Britain has had up to three teams a year compete, winning the gold almost every year.

Some ironing locations have included: Hawaii, New York City, Ireland, Manchester, Fuji, and France. Guys, this might just be a really clever way to get your travel expenses paid.

Are you really, really good at handling giant wood? Have you ever wished you could prove it?

Well, turns out, you can.

The game is called Caber Tossing, and the objective is to toss an almost 20 foot, 200 pound wooden pole as accurately as you can.

The game originated in Scottland, where I'm assuming Netflix hasn't expanded to yet.

Have you ever wished that someone would rate you on the olympic scale when you're hurling yourself off a cliff?

Stop wondering why no one has started doing this, and start thanking Red Bull.

That's right folks, the company that you brought you stomach ulcers, shaking hands, and countless midterm essays you swore you wouldn't wait to last minute to do, now brings you cliff diving.

Find a cliff, preferably one with a body of water or trampoline below it, summon your courage, and jump. Good luck.

In the rule book for this, there is a section for swords, axes, maces, spears, and war hammers, all of which are legal in game play. While the league does require you to be fully armored, and they play with the safety of everyone in mind, YOU ARE GOING TO BE HIT WITH AN ACTUAL WAR HAMER.

There's a U.S. Championship every year, and this game is intense. So grab you closest friends, a sword, and go at it.

I hope you found a sport that you can really get into this year. My fantasy extreme ironing league will be starting this Spring.

Have fun, be safe, and go prove someone wrong about your athletic abilities.

QueenRadhi
The State University of New York at Stony Brook
2381