Robert Frost knew what he was talking about. 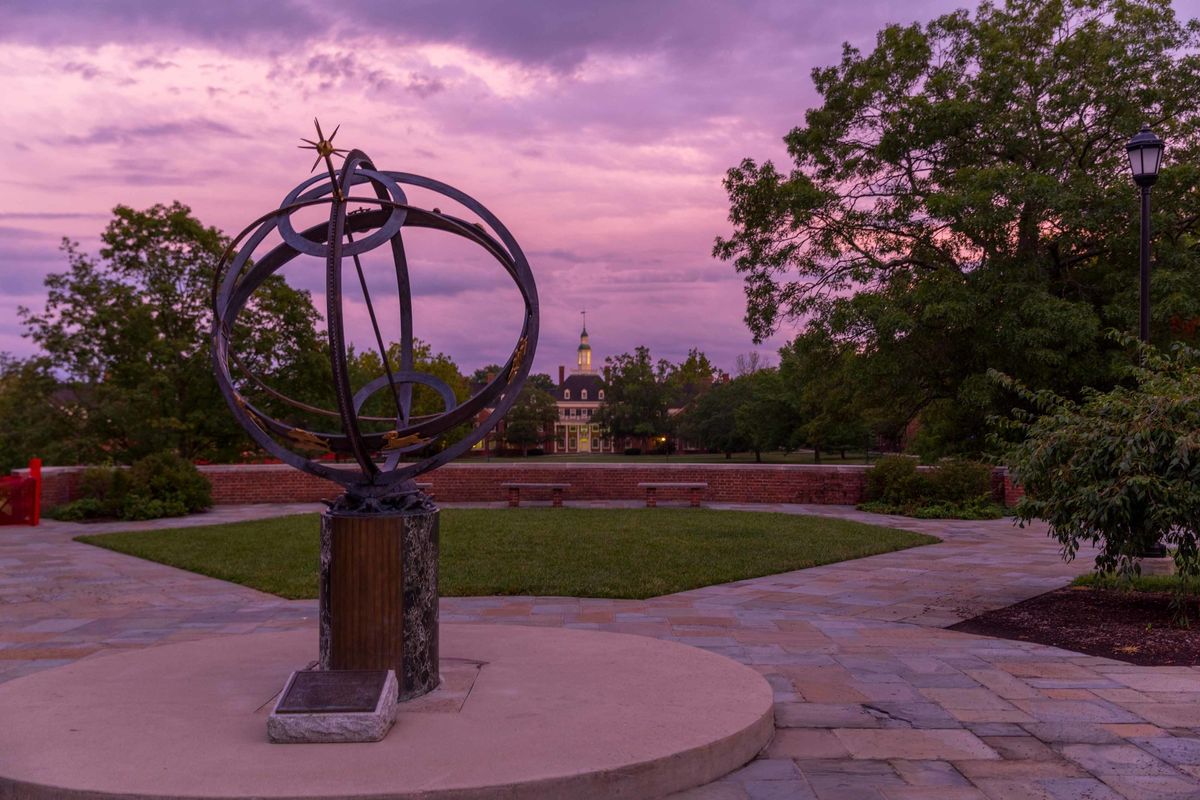 Although this area of Western Campus is the most newly developed part of campus, it certainly does not lack the beauty of the rest of campus. As seen in this photo, it is especially beautiful at sunset.

Anyone who has been on a campus tour knows the significance of rubbing the turtle heads on the sundial, but there's more to the sundial than mere tradition. It's the perfect spot to stand and admire the beauty of Central Quad.

The Seal is not only part of one of Miami's greatest superstitions/traditions, but it also gives you a beautiful view of some of Miami's quintessential brick buildings. As shown in this picture, it even turns dreary winter days into a winter wonderland.

Shideler Hall may be "just another academic building," but it is a perfect representation of the red brick that Miami is famous for. This one building alone is nice enough to look at, but when combined with all of the other red brick buildings on campus, it's no wonder that Robert Frost thought Miami's campus was special.

The path to Central Quad is always lined with beautiful flowers. They're enough to brighten any student's day as they make the trek to class.

Fall is arguably the most beautiful season on Miami's campus. The trees that dot campus fill it with vivid colors. I can't help but think about how lucky I am to live here on days like this.

Kumler Chapel is one of the oldest buildings on Western Campus, but there's certainly nothing dated about it. And the best part? It's just as pretty on the inside!

During springtime at Miami, everything comes to life again. The trees and flowers blossom, and students are, once again, reminded that they are unusually lucky to experience life on such a beautiful campus.

Upham Arch isn't just where you go to kiss your love at midnight, it's also a great spot to go to catch a glimpse of Miami's beauty.

Nothing can rain on Miami's parade, not even rain itself! MET Quad still looks just as majestic on this stormy night.

Although there have been many changes to Miami's campus since Robert Frost last set foot on it, one thing that certainly hasn't changed is its beauty. Miami University is definitely the most beautiful campus that there ever was.

Glorie Martinez
3938
Why I Write On Odyssey