More To The Music

Why Bastille's new album, Wild World, is so important 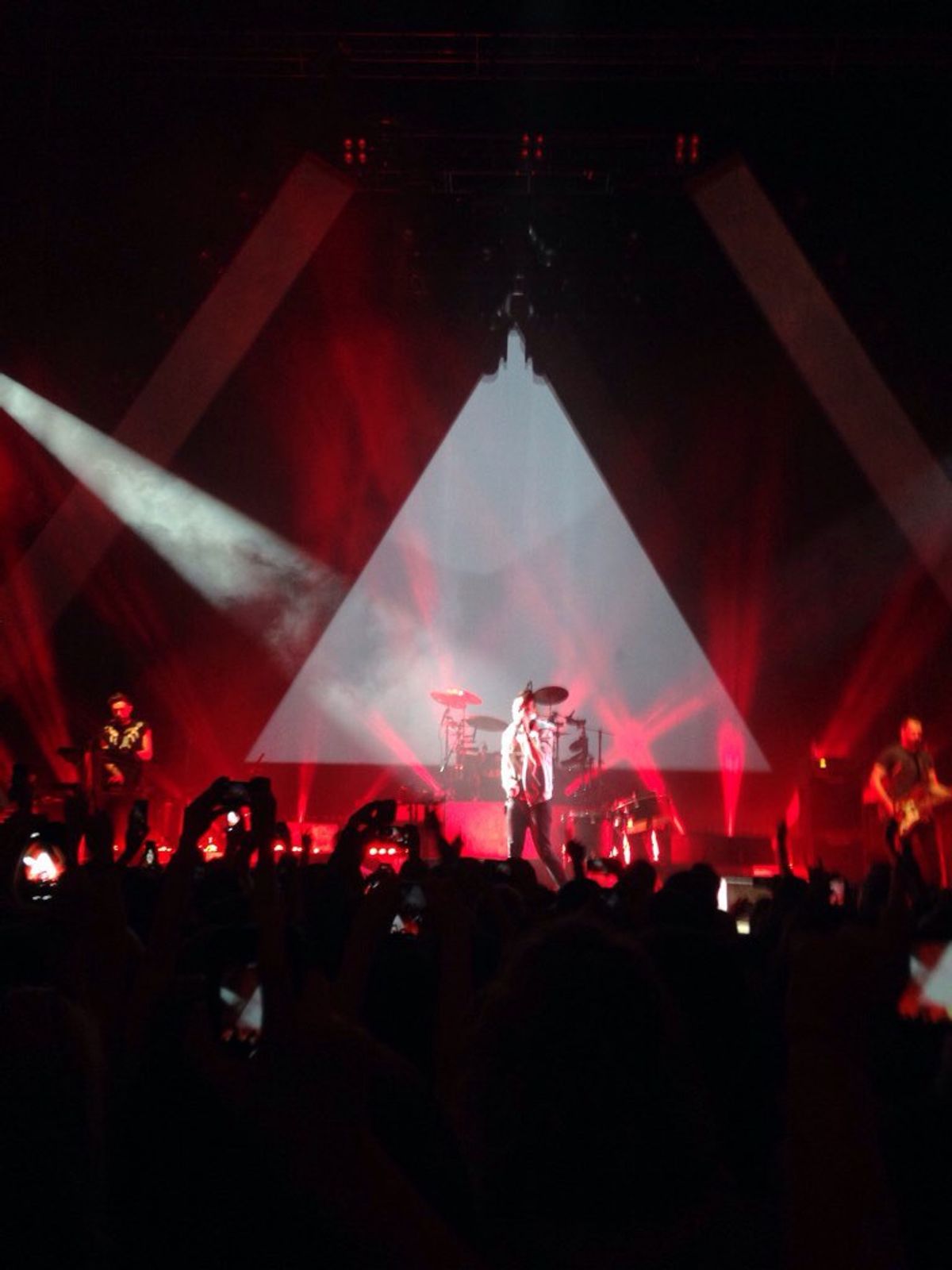 Since hearing Bastille's first album, Bad Blood, in 2013, I was a fan. I wanted to hear every cover they had ever done and waited patiently for every new release. September 9th my waiting was rewarded with the album, Wild World. It includes the mix of styles characteristic of Bastille, some slow, some upbeat, some a mixture of the two. There are some songs to relax with and some that make you want to dance.

The best part of this album, though, is not the drum beats or the fact that Dan Smith might possibly have better hair than any lead singer ever; it's the lyrics. They have even included their increasingly popular use of spoken phrases on the ends, or even in the middle, of their songs . Every song on this album is both musically beautiful and lyrically powerful. Dan Smith left no stone unturned, and no topic unmentioned.

"Good Grief" was the first single off the album and includes all of the X-factors from the album; spoken word, good beats, and a deeper meaning. The song deals with loss, of any kind, and the range of emotions people feel after losing someone from their lives. "Warmth", the song in which you hear the words, 'wild world' mentioned, talks about how the media takes over when something happens and shows the world all of the awful things that are transpiring.

"The Currents" is more of a political piece about how hurtful or otherwise damaging opinions are perpetuated throughout society from those who are seen to know more or hold positions of power, as well as through common discourse.

"We're living in the currents you create. We're sinking in the pool of your mistakes."

That line couldn't be a nod to Brexit, could it boys? The band, along with millions of other people, was outspoken in their opposition to the decision to leave. The song is obviously extremely applicable to all sorts of modern politics, and how the decisions and opinions of the few impact the lives of the many.

There is a song on the album titled, "Blame" which deals with the issues of gang violence. It contains a lot of drums and violent language and metaphors, but it deals with the web members of gangs can often find themselves caught up in. In the song, the member of one gang believes that he has to kill a member of a rival gang, and wants his rival to plead for his life, and surrender, presumably so that he doesn't have to kill him.

"Fall and beg and plead, sing, 'you've got the power to control.' Don't pin it all on me."

This is a subject that is rarely sympathized from the outside, and it is important to look into what traps them and fix the problem at the source.

Wild World also includes a song about Perry Smith, "Four Walls", that deals with the conflicting emotions regarding capital punishment.

I don't know about you, but there's not a single thing I could think of that doesn't make this album awesome. Well done, Bastille

Nicole Marie Nigro
Individual Creator
8621
c1.staticflickr.com
Where to start...... Let me start with the cliche that life throws us curveballs and what we do with it is what counts.