The Moment I Became A Cast Member
Odyssey
CurrentlySwoonLifestyleHealth & WellnessStudent LifeContent InspirationEntertainmentPolitics and ActivismSportsAdulting
About usAdvertiseTermsPrivacyDMCAContact us
® 2023 ODYSSEY
Welcome back
Sign in to comment to your favorite stories, participate in your community and interact with your friends
or
LOG IN WITH FACEBOOK
No account? Create one
Start writing a post
Lifestyle

The Moment I Became A Cast Member

I knew I made the four year old me very proud that day. 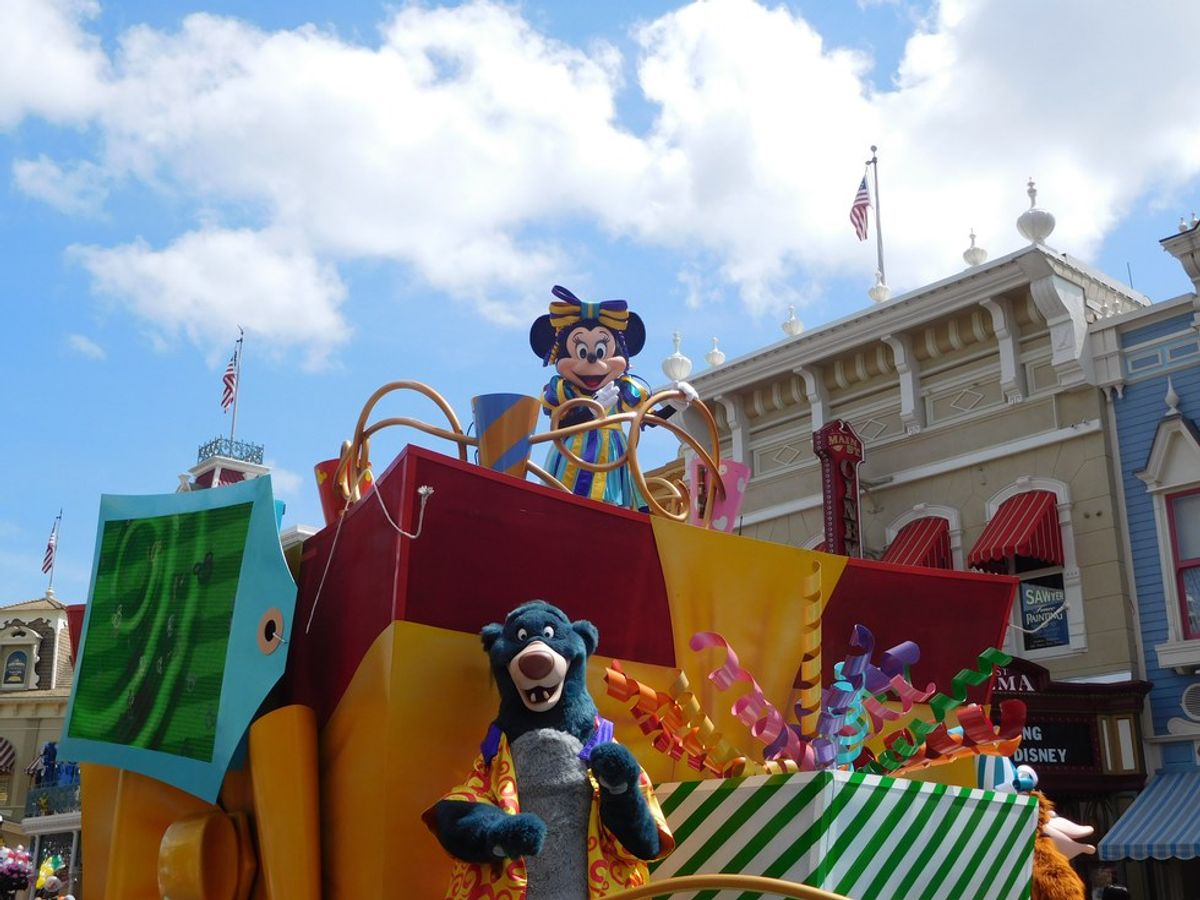 In the days leading up to my Disney College Program I had so many thoughts going through my head I didn’t know how to handle them. Moving into my apartment and being on my own for the first time was overwhelming enough that I forgot that at the end of my move in week I would become a Disney Cast Member.

Before you begin working in Walt Disney World and running around the parks with all the amazing perks, all future Cast Members go through an orientation called Traditions. Traditions is not your ordinary orientation to a company. With Traditions not only do you learn about the company you receive your name tag (hand delivered by the boss, Mickey Mouse), ID, and Mickey ears. If you are lucky and blessed with good weather you also get a quick walk through of the Magic Kingdom. It was in the moments of walking into the Magic Kingdom where I truly felt at home.

Walking into the Magic Kingdom on Traditions day was indescribable. For people who appreciate Disney and what they do it is truly where the magic begins. Walking out onto Main Street brought me back 20 years to the very first time I went to the Magic Kingdom. It made me remember why I was doing this. I knew I made the 4 year old me very proud that day.

As my group walked down Main Street I quickly became overcome with excitement, so did everyone else. We walked toward the castle as Move It! Shake It! Dance & Play It! Street Party made its way past us I was greeted by characters. It was so perfectly timed. It was as if they were welcoming us into their world. The day quickly went by and soon enough I was back in the park with my roommates celebrating our first night as Cast Members.

The day you walk back into the disney parks as a Cast Member is a whole new experience. For me it was as if I was coming to Walt Disney World for the first time. The difference this time is that this place was truly becoming my home, a place I knew I wanted to be in but never realized I needed.

The program went by so fast and it was time to go back to my real home. As much as I knew I needed to continue on my journey in New York there are times I wish I could have stayed. Of course some of those times come from frustration, but a lot of it is when I think about what I want out of life. I hope that whatever I do in life I end up back with The Walt Disney Company. There is really no other way to appreciate this company until you become a Cast Member.