Modern Dating Is Killing My Faith In Humanity

Modern Dating Is Killing My Faith In Humanity

Excuse me, but when did dating get this crap? 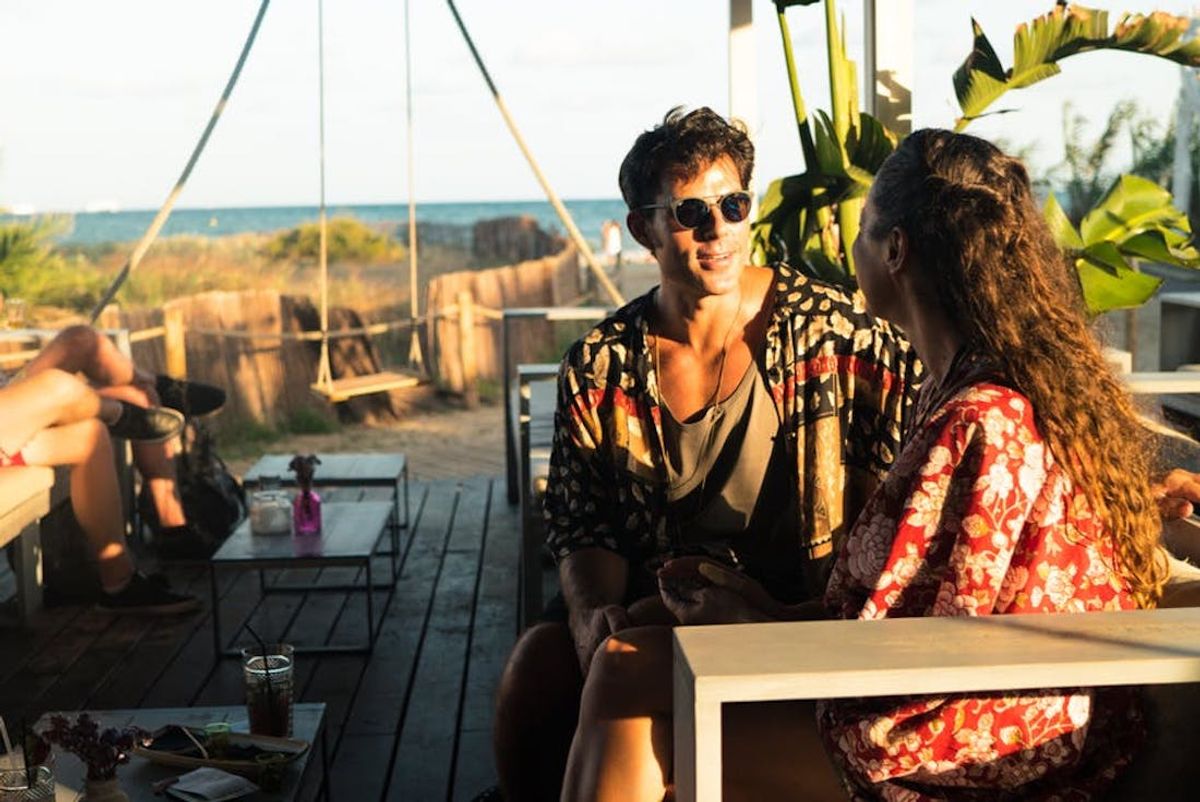 Let’s be honest, dating has always been a little shitty.

With all the uncertainty, the anxiety, the “who pays at the end of the date?” stuff, it’s enough to stress anyone out. But modern dating?

Well, dating today makes me want to poke my eyes out with ballpoint pens.

That could be because I’m a massive overthinker who will try to determine all the hidden meanings behind the text “K”. Or it could mean that I’ve been burned too many times before by dating douches who think it’s okay to tell you you’re exclusive when he’s texting someone else under the table.

Or it could just be that modern dating is utter shit.

I’m gonna go with the latter, because shifting blame is fun! Let’s really drill down though, and take a look at why dating today has become such a cesspit of misery…

I spent nearly 14 years in back-to-back relationships and I used to hear all my single friends lamenting about how difficult dating was. I shrugged them off with the kind of shitty platitudes you hope to never find on a greeting card: “There’s plenty more fish in the sea!”, “You’ll find someone when you least expect it”, and, the very worst one: “I sometimes think it would be fun to be single again.” (Narrator: It would not be fun to be single again.)

To all my single friends, I’m sorry. I get it now. This is my own personal hell on Earth.

Firstly, technology has gone and screwed everything right up. It used to be you only called people you really liked. After all, talking on the phone is actually a bit of an effort, takes time, and is sometimes kind of awkward, so you’d need to be super-keen to actually pick up the receiver and give your potential date a ring.

Now we all bow down to texting, otherwise known as the king of all lazy communications. But, typing letters into your phone still take a little bit of effort, so let’s take it down a notch and cut and paste the same message and send it to 20 people. Who gives a shit if it’s impersonal? Dating’s a numbers game, right? More numbers, more chances! *Rolls eyes*.

Not to mention the waiting game. Want an answer to a question you’ve just texted? Don’t pick up the phone and get one right away, silly! No, stare at your phone for days on end waiting for a reply that may never come! Such anxiety inducing fun!

Then there’s the content in the actual messages, and, hello, non-committal, confusing responses! No-one asks you on a date anymore, they ask if you wanna “chill”, or “hang”, or “meet up”. WTF do any of them even mean?! Are you actually interested in me? Do you just want to have sex with me, or are you wanting something more serious? Are you luring me out of my house to murder me? Who knows!?

After the awkward not-date, you wait patiently by your phone for four fucking days, both of you playing text chicken to see who’s gonna message first. (Unless he’s already ghosted the crap out of you, in which case, boy bye.) All the while you’re thinking, ‘Did he actually like me? Was that even a date? Are we just keeping it casual? Did he really mean that when he said “Let’s do this again?”?!!’

Don’t mind me guys, just casually rocking back and forth like a crazy person wondering what the hell “you look nice” actually meant!

Oh, you sweet, naive, pre-Tinder child… because people don’t show feelings anymore. If you do, you’re not playing the “game” properly.

You can’t possibly tell someone how you feel about them. Oh, no. You have to act like you’re interested but also not interested at the same time, so they somehow know you’re keen but not so keen that they freak out. You can’t text twice in a row, because then you look desperate. You can’t tell someone if their behavior has pissed you off, because you don’t wanna look crazy. You can’t “hang” more than one night in a row, because you don’t want to come off as clingy. And if, by some miracle, you do end up being able to ask the person where all this hanging is leading to, you have to curate your question so freaking carefully so as not to spook the guy if he’s not on the same page as you.

And the most screwed up irony of all this is that you’re going to all this effort to make it seem like you’re not going to any effort at all. We’re turning ourselves inside out to seem like the apathetic “cool girl”. That. Is. Nuts.

So I am done with modern dating. If I like someone, I’ll tell them. If it’s a date, I’ll call it one. If I want an answer, I’ll phone instead of text. If I feel like double texting, Imma do it. If I want to know if my casual hookup wants to go out with me, I’ll ask.

Because honestly, the right guy for me won’t be turned off by me being myself. Girls, same goes for you; only players and commitment phobes get scared off when you refuse to join the game. Who the crap wants to date someone who is scared of dating? NOT ME.

So kiss my ass, modern dating. I know your game, and I’m not playing anymore.

This story originally appeared on SHE'SAID', a global women's lifestyle website, and was written by Elizabeth Best.

Elizabeth is a journalist and editor who’s great at providing relationship advice… for everyone but herself. She’s happy to share her own hilariously bad attempts at finding love, and in her spare time likes long walks down the makeup aisle.

Why I've Never Had A Real Boyfriend
I'm A Strong Confident Woman. But I Let Men Use Me.
What I Learned When I Hired A Dating Coach