Mitchell Trubisky and The Future of The Chicago Bears

Mitchell Trubisky and The Future of The Chicago Bears 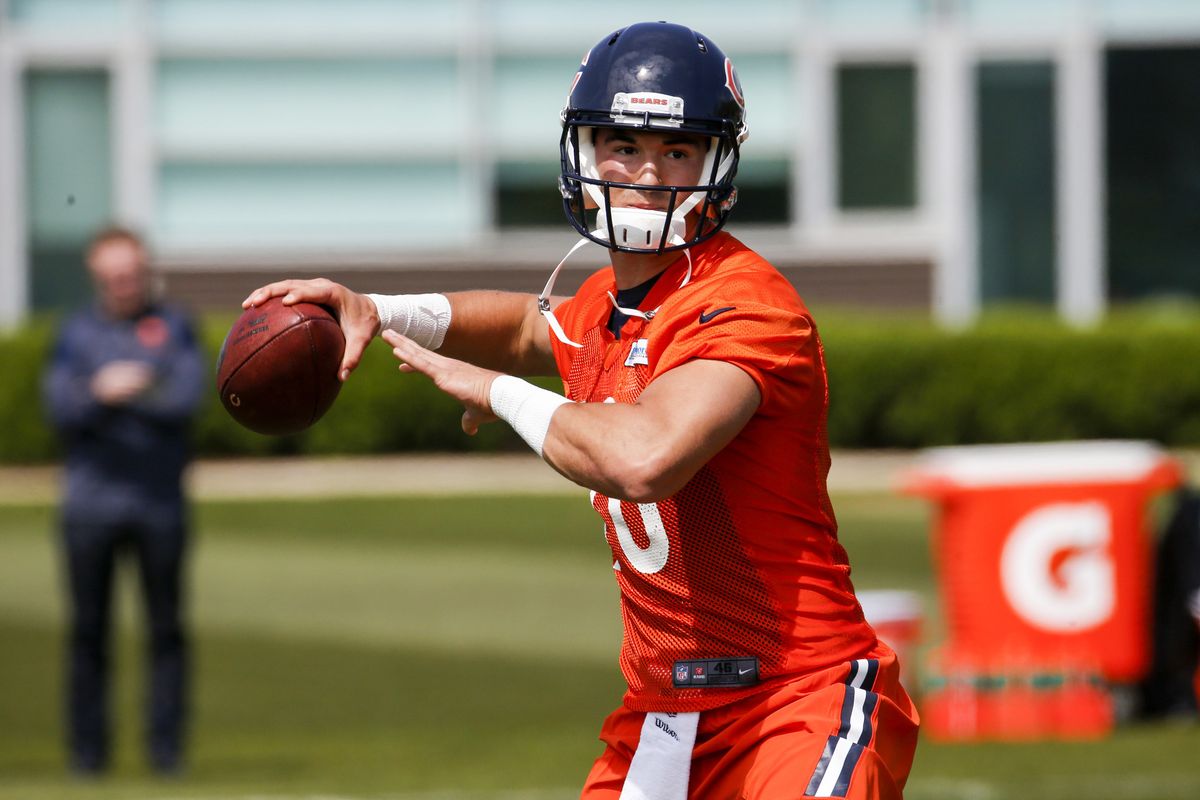 Bears fans will never be satisfied. First, they disliked Jay Cutler and wanted the end of the Jay Cutler Experience. Now, they dislike Mike Glennon before he's even played a snap for the team. Then, they go out and draft Mitchell Trubisky 2nd overall and fans are in a spiral of hate for the Bears organization and Ryan Pace as well. However, don't be so quick to judge because despite how much you'd like to believe about the consensus fan outlook, it's not all toxic and hazy.

As a Bears fan, the Mitchell Trubisky pick was puzzling to me first as well. Why would we throw 14 million dollars at a current backup quarterback who is known for being benched for Josh McCown and ultimately replaced for Jameis Winston. Have they lost their minds!? Then, in the days after the draft, I took a step back and looked at the pick in the long run.

The Bears signed Mike Glennon to be a bridge starter. He is not the long-term answer. Trubisky can learn Loggains's offense for a year as a backup and if all goes well, they can opt out of Glennon's contract after year 1 with little repercussions and if Glennon has a good year, even better. Now they have a guy that can actually play well for them. However, out of the teams whose names are always thrown around in the "Scam For Sam" sweepstakes, the Bears are probably the best of them.

The Bears 2016 draft was one of the best they had in recent years. They traded up to pick Leonard Floyd 9th overall over the Giants who can be a bonafide star, took Cody Whitehair in the 2nd round to help solidify the offensive line, and took Jordan Howard in the 5th round who finished 2nd in the NFL in rushing yards only to fellow rookie Ezekiel Elliott. Three very good starters came out of that class and if that holds up, that's a very successful draft.

That's about all we have on Pace as a drafter besides the 2015 class which consisted of players like Kevin White who is still ultimately a question mark but is looking to be a bust due to injuries, as well as Eddie Goldman who is a solid starter, Hroniss Grasu, who if not for Whitehair, would be the team's starting center and Adrian Amos who isn't a bad safety. So Pace isn't a bad drafter, maybe we can give him the benefit of the doubt and believe that the guy he drafted with the 2nd overall pick is actually a talented player.

The outlook on Mitchell Trubisky shouldn't be so toxic, but it is. Fans booed him at a Bulls playoff game when the man hasn't even taken an NFL snap yet. It's not hard to make your new first round pick feel welcome in town by giving him applause whether you agree with him being the choice or not. Over this offseason, the Bears haven't been insanely active but they've done quite a bit and while they were under the radar over the past couple of years, now, they are the center of attention.

National media has grasped onto the myriad of negative storylines coming from the Bears from John Fox not knowing about the Mitchell Trubisky pick to Mike Glennon being invited to the team's draft party where they then traded up and chose Mitchell Trubisky with the second pick. The Bears look like a mess on the surface but there's reason for some hope.

Besides some deeper organizational questions, the Bears uncovered a valuable gem at their GM position in Ryan Pace. He is aware of the team's needs and has addressed them. He fixed up the front seven last offseason and defensive coordinator Vic Fangio was able to work wonders with them, having three players achieve the seven sack mark. This offseason, he took a look at the secondary signing Prince Amukamara, and Marcus Cooper and saying goodbye to Tracy Porter who was a massive disappointment in 2016. Pace's track record on offense has been a little more puzzling.

He let star running back Matt Forte and wide receiver Alshon Jeffery leave town and has signed Kendall Wright and Markus Wheaton at wide receiver to patch up a core that he broke in the first place. The Bears week 1 receivers look to be Cameron Meredith, Kendall Wright, Victor Cruz and Markus Wheaton. This patchwork group of wide receivers is especially concerning after throwing an obscene amount of money at another team's backup quarterback in the offseason as well as trading up to take a rookie quarterback #2 overall. It's the team's job to sell one of these two quarterbacks to fans but that's difficult to accomplish when they're throwing to a group of receivers that was put together as a patchwork operation to compensate for losing the #1 option they previously had.

However, as Bears fans, patience is the game. This season is a lost cause. The team is still answering questions about themselves. But they have a stopgap starter which means they won't have to rush out a rookie when he isn't ready. Glennon gets the start until Trubisky has learned Loggains's offense and has polished anything that might have been an issue from his college days. They have a front seven on defense to build around and they have surprisingly found a great running back out of a fifth round pick. Patience is the name of the game and Bears fans that exhibit patience and wait for everything to settle will be glad they did in a few years.