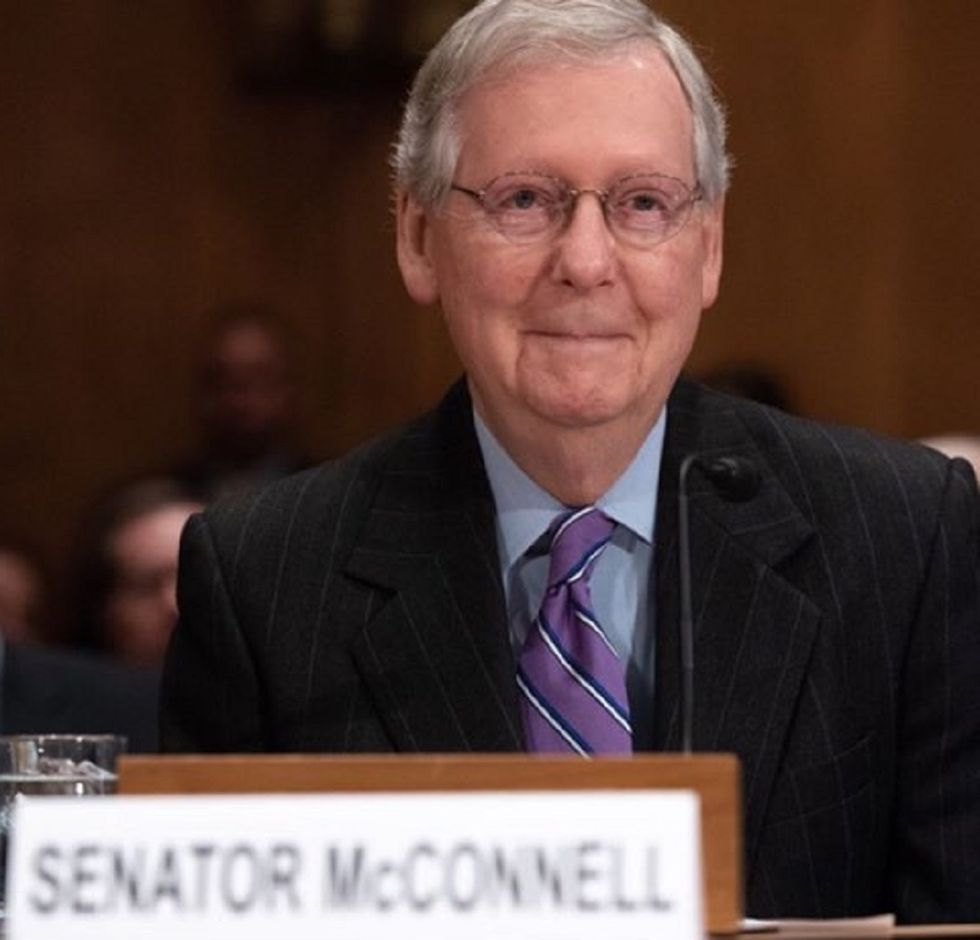 In high school, when I started being interested in American politics, I gravitated from the center-right to the center-left on the political spectrum, and because of this administration, I've gone further left. I've found politicians on both sides whom I've disliked. Some have made my blood boil. And then there's Mitch McConnell. This man is the root of why I cannot stand what the Republican Party has turned into over the years.

The Kavanaugh nomination is just one example, but let me start here. Justice Anthony Kennedy retired from the Supreme Court over the summer, and Brett Kavanaugh was officially nominated on July 9. So it's been three months since the nomination, and the seat is still empty. McConnell has criticized Democrats for stalling the nomination of Kavanaugh because of politics and not merit.

But we must not forget that McConnell did the exact same thing in 2016 for much longer than Democrats have. Justice Antonin Scalia died in February 2016. Then President Barack Obama nominated Merrick Garland to the court in March 2016. McConnell, the Senate majority leader, did not even give Garland a hearing.

The seat would remain empty until April 2017, 14 months after Scalia's death. McConnell claimed that we should leave the seat empty until after the presidential election so the American people decide who should be on the court.

But McConnell's not interested in letting the people decide. It's all a power grab. That's all politics is, but McConnell resembles this in the worst way.

What's sad is, stealing a Supreme Court seat isn't even the worst thing McConnell did in 2016.

When it came time for the general election, CIA Director John Brennan warned senators about Russians interfering in the U.S. elections. According to a new book by Washington Post reporter Greg Miller, McConnell would not sign on condemning Russian interference. And if the Obama administration made this public, McConnell would say that Brennan is interfering in the election on behalf of Hillary Clinton.

Mitch McConnell made a deal with the devil and said that a hostile foreign power, who's been trying to undermine the United States on the world stage for decades, interfering in our election is okay as long as his candidate wins.

So, only did he steal a Supreme Court seat, he stole the American presidency. And since day one of Trump being in office, McConnell has pushed through extremely unpopular bills like tax reform and the unsuccessful health care bills.

This is something you'd see in a show like House of Cards or Scandal. But this is real life, and the current Senate majority leader, one of the most powerful men in politics, looks out for nobody except himself and his political party.

If what the Washington Post reporter says is true, and I think it is, then we need to call this what it is. Mitch McConnell has committed treason, and he is a traitor to the United States.