What we wish had made the transition from book to film! 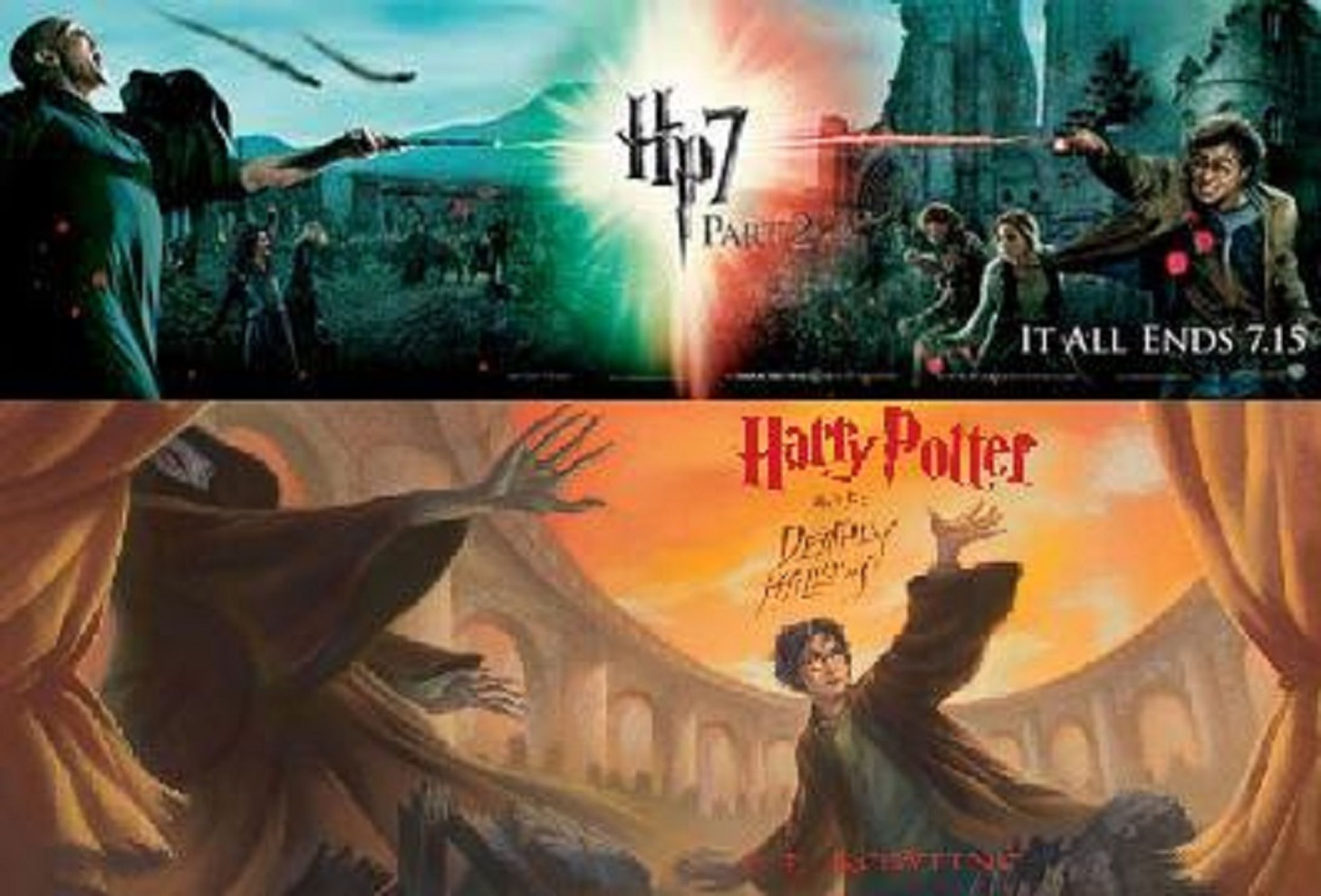 In the Prisoner of Azkaban, we learn that a group of people made the Marauder’s Map. They were called Moony, Wormtail, Padfoot, and Prongs, and while the movies touch on who each of these people is, I wish desperately that the book's explanations had been left into the films. In chapter 18 of Prisoner of Azkaban, Remus Lupin clearly explains that He is a werewolf called Moony, Peter Pettigrew is a rat Animagus called Wormtail, Sirius Black is a grim Animagus called Padfoot, and that James Potter was a stag Animagus called Prongs. In the films though, we don’t get such a clear indicator, just hints.

7) The Lack Of Weasleys

The books showed us, Charlie Weasley, twice. Once when he came to rescue Norbert the dragon and once when he brought the dragons for the Twi-wizard Tournament. In the films, he doesn’t exist. We hear people talk about him, but he never is shown. They didn’t even cast anyone to play his character, except for to pose for a family picture. This sucks because the Weasley’s are an integral piece of Harry’s life and leaving one of them out just seems wrong.

8) What Are The Horcruxes?

In the films, they give us a flimsy explanation that the Horcruxes house part of Voldemort’s soul and he made them by killing others. In the books though, Dumbledore gives us a lengthy multiple page explanation of Voldemort’s possible Horcruxes and why it was so difficult to learn about them in the first place.

9) Who Is The Other Minister?

The Other Minister is the chapter title of the first chapter of book six, The Half-Blood Prince. I believe it is a vital piece of the puzzle. By book six, we are aware that Voldemort is making moves to take over the Wizarding World, but if one doesn’t read the book, they wouldn’t know that he is affecting the Muggle World as well. In the movie, the Death Eaters destroy a bridge, that is all we see of their impact on Muggle areas. I the book, though, the Muggle Prime Minister is in this scene with Minster Fudge of the Wizarding World:

“The Brockdale Bridge didn’t wear out. That wasn’t really a hurricane. Those murders were not the work of Muggles. And Herbert Chorley’s family would be safer without him. We are currently making arrangements to have him transferred to St. Mungo’s Hospital for Magical Maladies and Injuries. The move should be affected tonight.”
“What do you… I’m afraid I… What?” blustered the Prime Minister.
Fudge took a great, deep breath and said, “Prime Minister, I am very sorry to have to tell you that
he’s back. He-Who-Must-Not-Be-Named is back.”
“Back? When you say ‘back’… he’s alive? I mean —”
The Prime Minister groped in his memory for the details of that horrible conversation of three
years previously, when Fudge had told him about the wizard who was feared above all others,
the wizard who had committed a thousand terrible crimes before his mysterious disappearance
fifteen years earlier.
(Harry Potter and the Half-Blood Prince by J.K. Rowling)

I don't really have specific examples for this one, but throughout the books, we learn more about Dumbledore’s history, Voldemort’s history, and so many other characters. A ton of this information was left out from the films.

BONUS: DID YOU PUT YOUR NAME IN THE GOBLET OF FIRE!

Okay, so any Potter fan will tell you this irks us to no end. Dumbledore is supposed to be a nice congenial old man trying to save everyone and win a war. In the book for Goblet of Fire, when Harry’s name suddenly comes out of the Goblet, the scene says:

Professor Dumbledore was now looking down at Harry, who looked right back at him, trying to discern the expression of the eyes behind the half-moon spectacles.
“Did you put your name into the Goblet of Fire, Harry?” he asked calmly.
“No,” said Harry. He was very aware of everybody watching him closely. Snape made a soft noise of impatient disbelief in the shadows.
“Did you ask an older student to put it into the Goblet of Fire for you?” said Professor Dumbledore, ignoring Snape.
“No,” said Harry vehemently.
(Harry Potter and the Goblet of Fire by J.K. Rowling)

But, in the film for Goblet of Fire, Dumbledore does this:

Calmly! Calmly! Please note J.K. Rowling’s use of this word in the books. I do not understand all the reasoning for having the amazing Michael Gambon ruin this line. He was rough and mean. It doesn’t make sense. Stop trying to fix what isn’t broken. I would have much rather seen a calm, but slightly anxious Dumbledore wondering who was trying to kill his student rather than this madman they turned him into.

Save yourself some heartache the next time you ask why something happened or didn’t happen and a Potter fan gets angry. Overall, what I’m trying to say is… read the books.

If you missed Part 1 of this list, it’s available here !