Why Coal Mining In The Mountains Needs To Stop

Why Coal Mining In The Mountains Needs To Stop 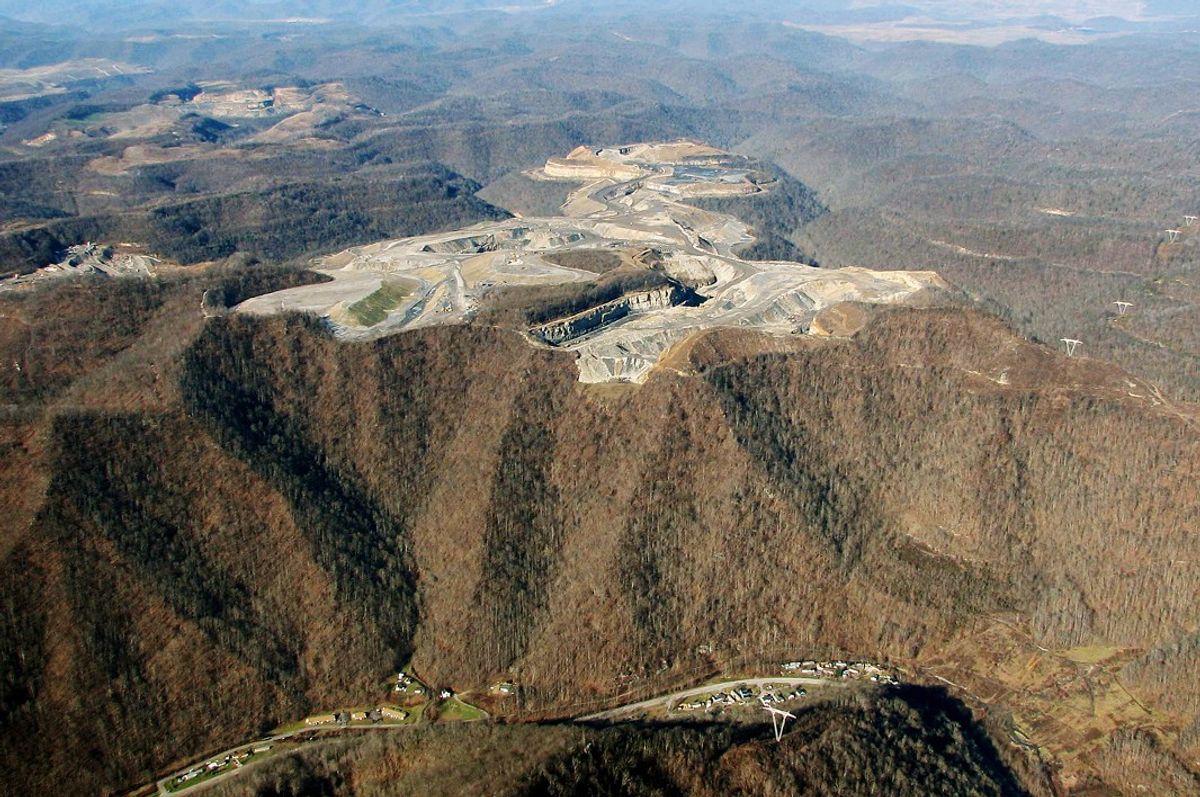 Coal mining has not been a popular topic of conversation since most people believe it is a dying industry. While yes, this is somewhat true, coal mining actually still accounts for 48% of America's energy. Coal mining, especially in the method of mountain-top removal, has had a tremendously negative impact on the Appalachian regions in southern West Virginia.

This area, believe it or not, holds the second most diverse forest in the world, right after the tropical rainforest. Although, this diversity is quickly declining because of mountain-top removal, a method of mining that blasts the tops off of mountains, which in return has devastating after effects.

People whose families have lived in the area for generations say that because of this process, they have experienced overwhelming floods since there is nothing left on top of the mountains to absorb incoming rainwater. Although, according to the Director of the West Virginia Coal Association, mountain-top removal is the most effective way to mine coal in the upper reaches of the mountain and says flooding is a natural occurrence.

He continues to say that of course, they are a continent target to blame for this and that people criticize their methods but never come up with an alternative. When the tops of mountains are blasted off, where exactly does all of that extra rock and soil go? Well, about 1,000 miles of streams have been filled over with this excess rock. Not only is the surplus of rock dumped into the streams, but also the valleys.

Shockingly, the material being dumped isn’t just regular lumps of coal. The contents being dumped are called a slurry, which is a byproduct of liquefied coal waste that is put directly into contact with surface and groundwater when dumped into the streams and valleys, creating reservoirs of the stuff.

These waste reservoirs have failed and imploded before, resulting in the release of 3,000 gallons of slurry into community water supplies, killing approximately 124 people in the area. Because of this slurry regularly leaching into the groundwater of this area, streams are left with no aquatic life and citizens are left with undrinkable tap water.

Since this is mostly a poor income area, many people are forced to use their city water, which is poisoned with not only this slurry but also flocculent, an extremely harmful chemical that causes gastrointestinal diseases, dementia, diarrhea, and severe reflux.

They have fought to stop the terrible actions that are literally poisoning them by protesting the building of another coal silo, which will be right next to an elementary school. There has been a direct correlation of the poisoned air and water children are consuming making them sick because their school is surrounded by coal refinery equipment.

Some workers of these coal companies apparently take pride in the "minimalistic footprint" they leave on the mountains of West Virginia, and how there is a seemingly artistic nature to seeing how the bulldozer strips the mountains of their naturalness while removing coal.

The Governor of West Virginia even says that coal has turned West Virginia into a superpower and that converting to clean coal is helping our environment. Although, this "clean coal" technology still emits the same amounts of mercury and CO2 into the atmosphere, so it is a complete a misnomer to call that clean coal.

With those emissions from coal mining, there was about one billion tons of coal burned in 2005, with that number most likely to have increased since then. Companies claim to have created more jobs in the mining industry, but in reality, there are only 15,000 coal miners now, compared to over 25,000 in previous years.

The governor has also stated, in reference to coal, that the Lord has given us the resources to use and the sense to know how to use them. They use these false claims to confuse society about what coal mining is actually doing to people and the environment.

The government has made laws about the disposal of coal waste, outlawing it. But rather than forcing the companies to comply with these laws, they change them again so they are still able to get away with dumping. Clearly, these people are also against laws that legislate morality because they seem to ignore the effects their actions have on people and the environment.

Madison Franz
The Narrative
1115504
Photo by Brooke Cagle on Unsplash

Madison Franz
The Narrative
653387
Photo by Manny Moreno on Unsplash