9 Songs To Get You Through A Breakup Nightmare

9 Songs To Get You Through That 'Nightmare' Of A Breakup

Take it from me, these songs will get you brought it. 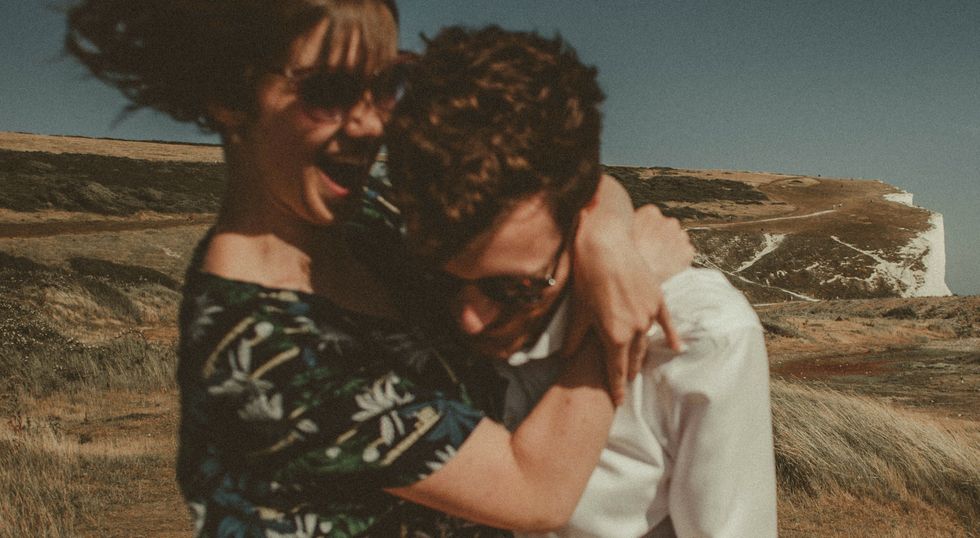 Breakups are never fun. Losing someone you thought you were going to spend the rest of your life with is such a hard thing to deal with, and it can even feel like you lost your entire world. It's such a hard thing to deal with. Sometimes it's for the best though. It won't feel like that at first, but with time you'll heal. However, until that point, you need to mourn the relationship. And a good way to do that is crying it out to some music. Here is a min playlist for you next (or current) breakup:

The song "Midnight Sky" is a song about Miley finding herself, discovering (and or deepening) her self love, and understanding that she's all she needs. The lyric that sticks out to me the most, and that actually made me fall in love with the song is, "I was born to run/ I don't belong to anyone/ Don't need to be loved by you. It's an awesome song to listen to after a breakup when you're making the journey back towards finding yourself and loving yourself.

This particular song is a good one to listen to if maybe you're a little mad at your ex. Maybe they cheated, maybe they lied to you, or maybe they just fucked you over one too many times. This song is about going out and having fun with your friends, and leaving your ex completely in the past. The fact that your loser ex is probably at home sobbing over the fact that he lost you, and you're just out living your life and having fun, is a slightly twisted, but effective way to help you get through the breakup.

"Nightmare" is another fantastic song to listen to if you're mad at your ex. It's the perfect song to scream to at night in the car when you're in your feels. It's a great way to get your anger out in a healthy way, and remind yourself, as Halsey would say, "I don't you don't owe you a Goddamn thing!"

This has quickly become a classic post break up song. This is the perfect song to get wine drunk with your friends and sing to. It's a fun, and upbeat song, but it also can be really helpful during a breakup (take it from me). It's a great song that basically reminds you that men aren't shit, and you're 100% a bad bitch. It's a great song to hype yourself up to and remind yourself of your own self worth, especially after a breakup.

This is a serious song that will definitely put you in your feels but in the best way possible. This is an especially good song if you were in a possibly toxic relationship or with a partner who was unfaithful. This song is basically telling the person that you feel bad for them because you gave your everything to them, and they're too selfish to realize it. And this song is just to say "Yeah, you had me, but you treated me bad and you will never have me again." One of the most powerful lyrics from this song is Halsey screaming, "You would never ever touch me again."

This is a fantastic breakup song if you weren't "technically" in a relationship but you basically were. And then they go out and basically cheat on you. And now, this off and on relationship is OVER. The song is another great one if you're mad at your ex because they cheated on you. Josslyn is basically a big "fuck you" to your ex saying "I hope that it was worth it fucking Josslyn" (or whoever he might have cheated with). It's a fun but sad song, and it's great to scream with your friends.

7. "Slide Away" by Miley Cyrus

This song is a bittersweet song about an on and off relationship. As much as you want it to work, it just can't. You and your partner have grown apart, and just want different things and it's finally time to just let it go. YOu know it's going to be hard, but it's what needs to happen. This personally was one of the best songs for me to listen to during my breakup. The lyrics, "Baby, we were found, but now we're lost/ so it's time to let it go," just hit you in the feels every time. And it sucks, and it's sad, but it will get better.

Now this song is an amazing song if you're maybe still going through the breakup, but for the most part over him. This is a great song, again, to remind yourself who you are, and that you're all you need. The specific lyrics, "Stupid boy think that I need him," just hit so hard. IT's the perfect song to remind you that you don't need this loser boy and that you will be just fine or even better all on your own.

And lastly, "IDGAF" is the perfect song for when you're finally over your ex and they come crawling back (they always do by the way). This song is so empowering for so many reasons. When you can finally look the person who causes you so much pain in the eye and tell them" I don't give a fuck." You have moved on and you don't need them anymore. And the best lyric out of this song is just that, "I don't need your love."

Madison Franz
The Narrative
1115359
Photo by Brooke Cagle on Unsplash

Madison Franz
The Narrative
653319
Photo by Manny Moreno on Unsplash