It's Not a Mental Health Or A Gun Problem, It's A Government Problem
Odyssey

It's Not a Mental Health Or A Gun Problem, It's A Government Problem

Why America is Incapable of Putting Safety Over Money 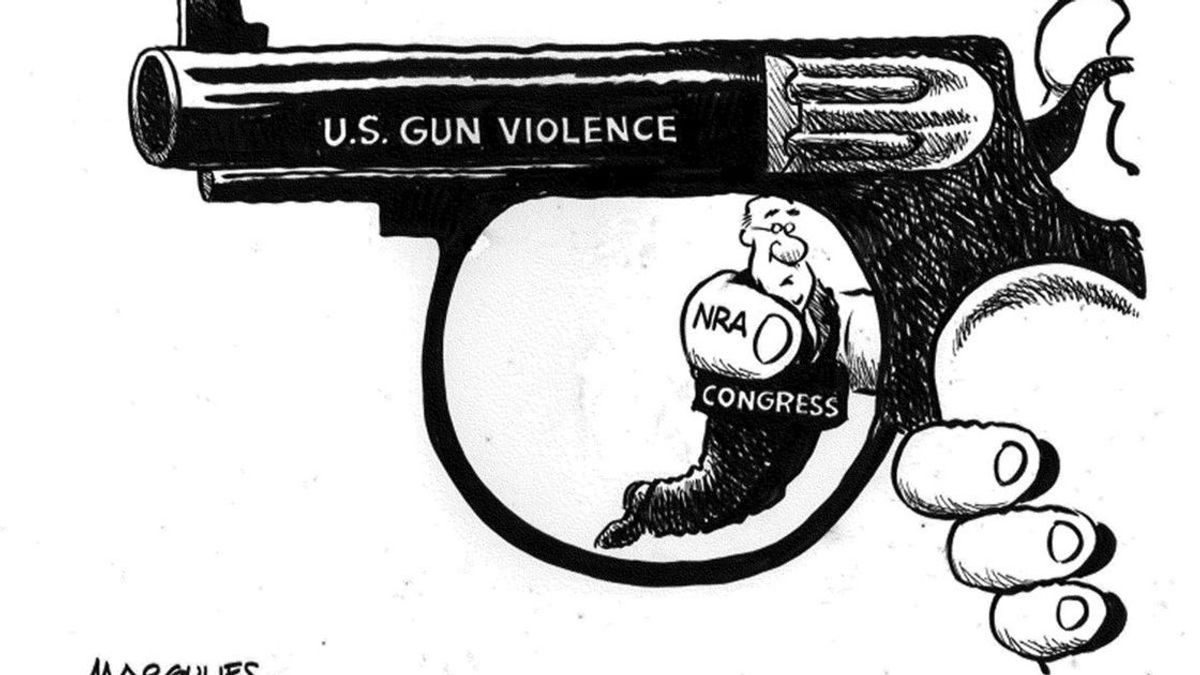 As of February 14th, America has endured a total of 30 shooting incidents in 2018, including the mass school shooting in Parkland, Florida last week. At this point, we have all heard the pleas from parents, teachers and students to enact common sense gun reform in this country. As Emma Gonzales, a survivor from Parkland said: "enough is enough."

Yet again, the news cycle, the President and Americans across the country have dominated the conversation around this tragedy. Debates across my Twitter feed and Facebook friends' pages have infuriated me the past few days. I've seen arguments that school shootings are a mental health problem; even the President tweeted that if the shooter had gotten psychological help, this tragedy would not have occurred. Yes, America does have a mental health problem, the stigma alone keeps thousands of citizens from getting proper treatment. Yes, America does have a gun problem, weaponry and military technology has evolved rapidly over time, and it takes 20 minutes in most states to purchase a artillery weapon. However, the reason we have had 30 shootings in less than two months is not because of mental health or guns but because our government operates on money, not on a concern for the public good.

Our government is broken, and if you haven't realized that yet, this is your wake up call. The reason politicians have repeatedly sent their "thoughts and prayers" and bullshit "now isn't the time to talk about gun control" excuses is due to the fact that the NRA has been lining Congress' pockets for decades. The gun lobby, in the 2016 election season alone, gave $5,900,000 to Republicans and $106,000 to Democrats. It's disgusting. Time and time again, across a wide variety of issues (health care, education policy, criminal justice etc.) we see our elected officials place money as their top priority over the safety and well being of American citizens.

It is unacceptable for us to continue living in this fear. I mean us, the students. I was born in 1999, the year the Columbine High School Massacre took place. I have sat in my therapists office over the years telling her that my worst fear is a school shooting. I have never known anyone personally who has been affected by a school shooting, I have never felt unsafe at my school, I have never, in my 14 years of education, met anyone that I thought could commit that kind of crime. However, I grew up seeing the aftermath of school shootings on the news. I grew up participating in active shooter drills, knowing that they would not protect me. I grew up anticipating when someone I knew would be shot and killed at school. I grew up knowing that one day it may be me.

This is a call to action: I have registered to vote this week. If you haven't, do it today. Register today because the only power we have in this country is our constitutional right to vote. You must act -- if not you, who will? Do not depend on others to make a change, you have to do it yourself. If you are an educator, talk to your students. These events affect them deeply and you are their protectors at school. If you are a parent, have you talked to your child recently? You can save their life and many others just by checking in.

This is an ongoing fight, so gear up for the battle. We have work to do. May Parkland be the last mass school shooting in America's history. We can and we must do better.

Emma Hyatt
2147
The Truth About My Parents' Divorce