Men And Women Can't Be Friends

Men And Women Can't Be Friends

Men and women can and should be friends, but there is a reason why this myth is so prolific. 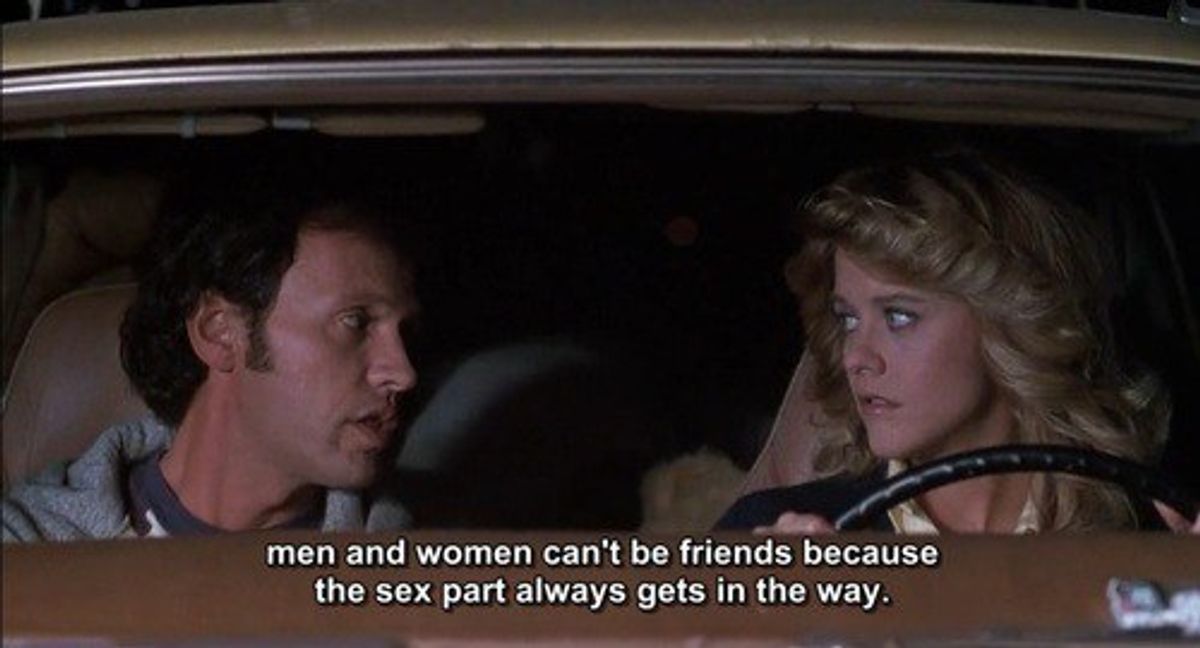 Men and Women can't be friends.

People who believe it argue that men and women can't be friends because there is too much sexual tension. In other words, all male and female friendships are based on the premise that they secretly want to have sex with each other.

I find this claim to be completely false.

First of all, how exactly are members of the LGBT+ community supposed to make friends? How are people who are attracted to people of the same gender or other genders or both supposed to work under this premise? Are gay and lesbian people not supposed to have any same sex friends? Are pan or bisexuals just supposed to isolate themselves from everyone and not befriend anyone? Those who believe that men and women can't be friends tend to ignore people that have other sexual orientations because they provide an obvious exception to this rule.

This claim that friendships can not exist across gender boundaries even falls apart when addressing the community it is most applicable to; cis, straight men and women. Somehow, cis, straight men and women still identify themselves as friends despite this "fact." Contrary to this myth, many of these friendships do not rest on unrequited love or un-actualized lust. These friendships are not merely disguised lust that can only be maintained until the sexual tension mounts to a sexual act. There are many reasons why friends may not pursue a sexual relationship perhaps they are not mutually attracted to each other despite their compatible sexual orientations. Maybe, even if they are mutually attracted to each other, most if not all people are beyond the primitive stage in which they must fornicate with every person they are attracted to and therefore, choose not to have sex with the other person. Human emotional health requires relationships that are exclusively platonic and yes, we can find successful examples of entirely platonic friendships in people with different genders.

Although it is obviously false that men and women can not be friends, I do believe that the prolific nature of this claim reveals a universal truth; it is difficult to define a relationship.

As platonic relationships develop, our feelings grow for the other person. Sometimes it is hard to distinguish whether or not those feelings are advancing into romantic territory. Many relationships are born out of friendship then eventually grow into romantic. Even if your feelings toward your friend are unchanging, it is very easy to doubt them especially if your peers encourage or even expect romantic feelings to develop.

Unfortunately, the way in which this myth examines the difficulty of defining relationships and feelings also devalues platonic relationships by suggesting romantic feelings are the primary type of significant relationship.

Platonic relationships are some of the most valuable in life. Friends are essential moral boosters, fashion consultants, and therapists. Friends are there when the significant others leave and provide the consistent support that fleeting romantic endeavors might not.

So, if you are celebrating Galentine's late this year, considering inviting some gals and some guys. Or don't. Just know that friendship across gender is valuable and worth celebrating.