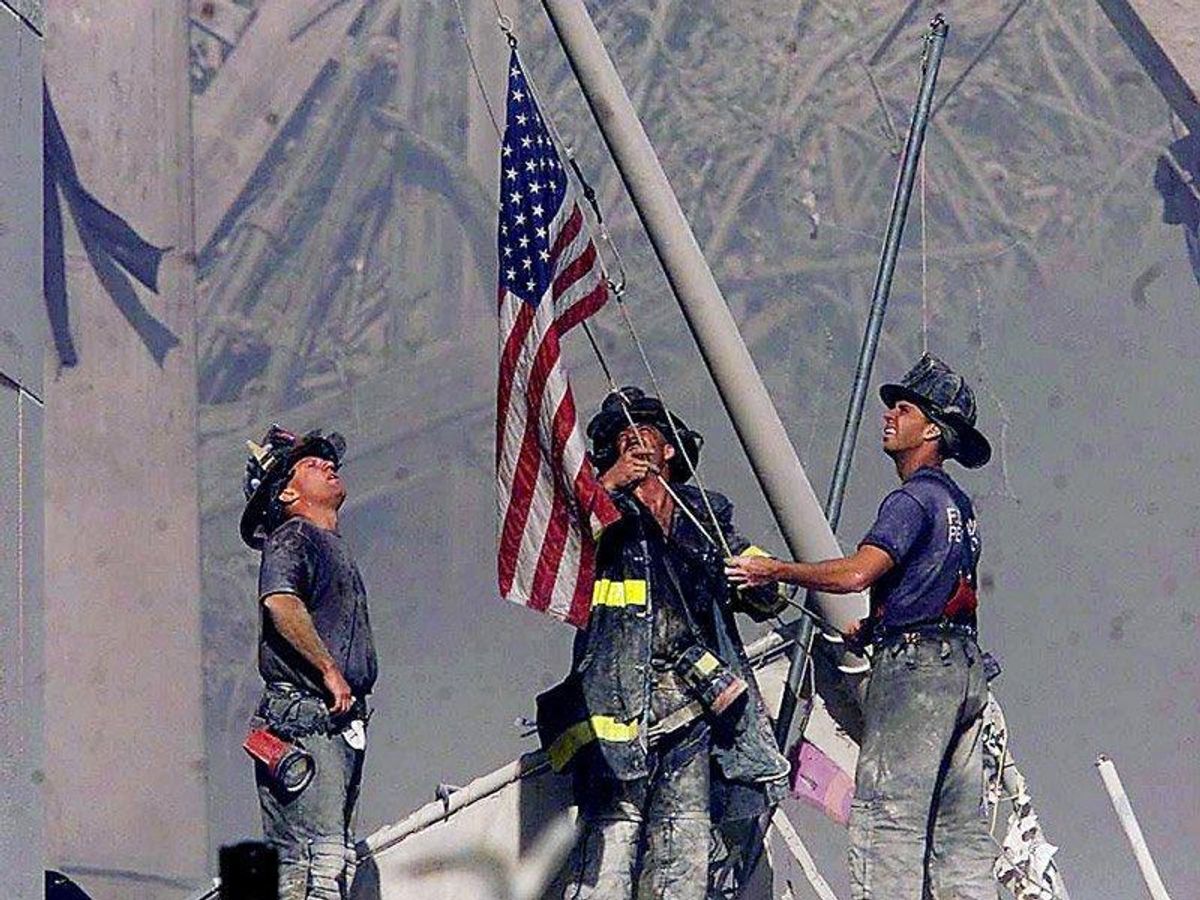 Fifteen years; it can seem like a long time ago, especially since I was only six years old when it happened. Yet, that cloudless morning of September 11, 2001 really wasn't that long ago. At times it's hard to process that a tragedy of that magnitude occurred. 2,996 souls is a number beyond comprehension.

From that day on, Americans have been forced to make sense of what happened. I think we can all agree that it hasn't been easy, in fact it's been incredibly difficult, especially for the families and friends of the victims, and the survivors and their families.

Everyone has stories about where they were and what they were doing when the attacks occurred. For instance, I was just getting up for another day of first grade; my mom had the television turned on, and the first thing she told me was that our country had been attacked. Though I wasn't able to grasp what happened in its entirety, I understood quite a bit for a little girl, and I knew that nothing would be the same.

In the days, months, and years to come, I would learn about terrorism, extremism, and the ultimate sacrifice of 343 firefighters and many other first responders. As a country we learned that we could pull together, despite differences, and lend a helping hand, pray for one another, and attempt to piece back together all that had been torn apart.

As I grew older, and came to understand what had happened, I found myself in a unique position: unlike many of my peers I had very clear memories of 9/11. Many of my high school friends were apathetic about the terrorist attacks. In fact, one of them even told me that she didn't understand the point of the moment of silence that we took at the beginning of school, every Patriot's Day. I was aghast; when I attempted to explain why we continued this ritual she brushed me off and implied that she didn't care. It worries me to think that, one day, most people won't remember what happened, and many might not care.

Yet, despite all the evil that occurred that bright September morning, hidden blessings have arisen from the ashes and darkness of that time. Cantor Fitzgerald, the company that lost the most employees in the World Trade Center attacks, has gone on to be a successful company that has raised a significant amount of money for charity.

I would learn that one of my family members is a survivor of the attacks. Her story is harrowing, heartbreaking, yet shows the resilience of the American spirit. Another, personal blessing, that arose not long after the tragedy, was the birth of my little cousin, exactly one year later, in the city of Manhattan. As her name reflects, hope is stronger than any amount evil.

May we always remember the tragedy that occurred fifteen years ago. I pray that the ages never dim the heartbreak, and that our memories give us faith in the American spirit and hope for a better tomorrow. I ask that despite whatever happens in your life, whatever your political bent is, whatever you personally feel about the United States, you never ever forget.