I Began Meditating 3 Weeks Ago And I Already Feel Better

I wanted to let you know about my new hobby and encourage you to give it a try if you have anxiety, need to calm your mind, or want to bring more positivity into your life. 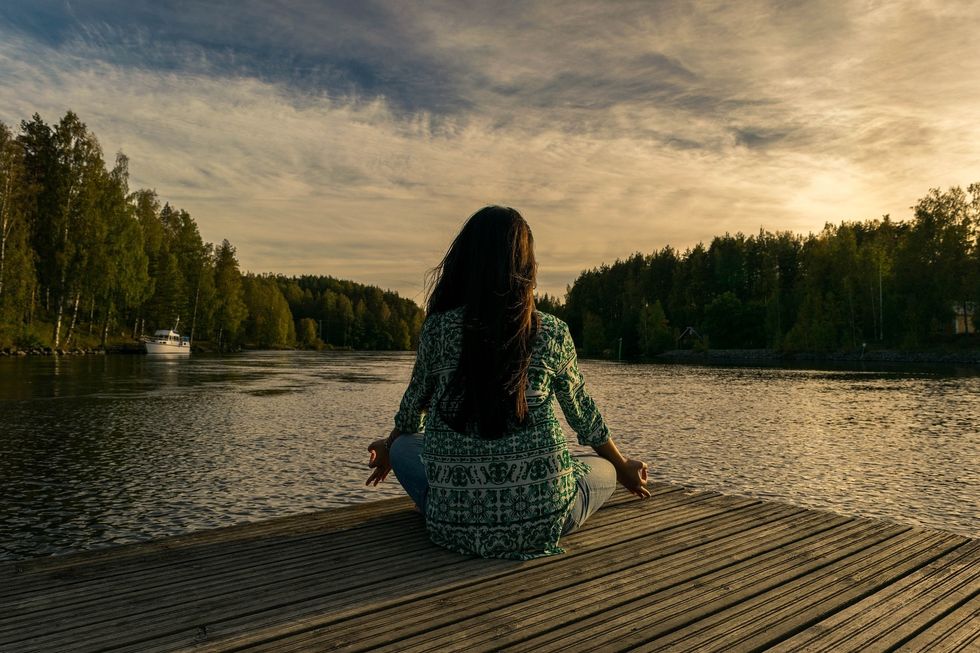 My therapist, whom I have been going to since I was 13, has meditated regularly for years. As a perfectionist, my therapist knew I would struggle with not feeling successful when I tried to meditate. After years of being told of the benefits both in my psychology courses and by my therapist, I was interested but still skeptical.

One day, about three weeks ago from the date I wrote this article (four from the time you will be seeing it), I needed to turn my brain off. I am a classic over-thinker, I can get lost in my own head sometimes. To get rid of my intrusive thoughts, I decided I might want to do something like a meditation to stop thinking.

After debating for approximately ten minutes in my head, I decided that I would give it a try one day. If I did not like it, I vowed to never do it again. I decided to use a guided meditation I found on YouTube, I only wanted to do a five minute session.

I sat back in my chair with my arms on my legs, put my headphones in my ears, and closed my eyes. The voice in the video and the background music were soothing.

I had many thoughts throughout the five minutes. But the voice told me to acknowledge that I had the thoughts and let them pass. I decided to allow them to pass on a kayak in the river.

When the five minutes passed, I felt relieved and more relaxed than before. Giving myself five minutes to not dwell on the thoughts that were previously taunting me allowed me to come back with a more level head.

I actually felt bummed that it ended that early because I wanted to go back to that feeling. I made the decision to meditate tomorrow with a goal of meditating three to four times a week.

To meditate the next day, I decided to listen to "Clair De Lune" by Claude Debussy for five minutes. I sat the same way in my chair, closed my eyes, and set a five-minute timer.

When I finished the second meditation, I felt relieved and calmer like I had the day prior. I decided to do it the next day and the next. Instead of meditation being an every few day activity, it quickly turned into a staple of my daily routine.

Now, I have began using a meditation app (Insight Timer) and I usually meditate for seven to eight minutes. My routines often consist of alternating between classical music and app-guided meditations. Sometimes I use a mantra of wishing people in my life peace and happiness. I am more focused on breathing than I have when I started.

While I am still a mega newbie to this form of mental exercise, I have already noticed positive emotional changes in me. While I am still getting caught in thought spirals, I am able to catch them before they get too crazy. I am also able to be more mindful of my actions and the actions of others. I am able to use the calmness I feel in those sessions when I interact with others. I am being more kind to myself.

When I learn more about meditation, I will be sure to give tips. Until then I wanted to let you know about my new hobby and encourage you to give it a try if you have anxiety, need to calm your mind, or want to bring more positivity into your life.