Media's Decision Of Putting The Wrong Face Forward
Odyssey
CurrentlySwoonLifestyleHealth & WellnessStudent LifeContent InspirationEntertainmentPolitics and ActivismSportsAdulting
About usAdvertiseTermsPrivacyDMCAContact us
® 2023 ODYSSEY
Welcome back
Sign in to comment to your favorite stories, participate in your community and interact with your friends
or
LOG IN WITH FACEBOOK
No account? Create one
Start writing a post
Politics and Activism

Give one horrid person those 15 minutes of fame, and you may be giving another person a motive to be horrid. 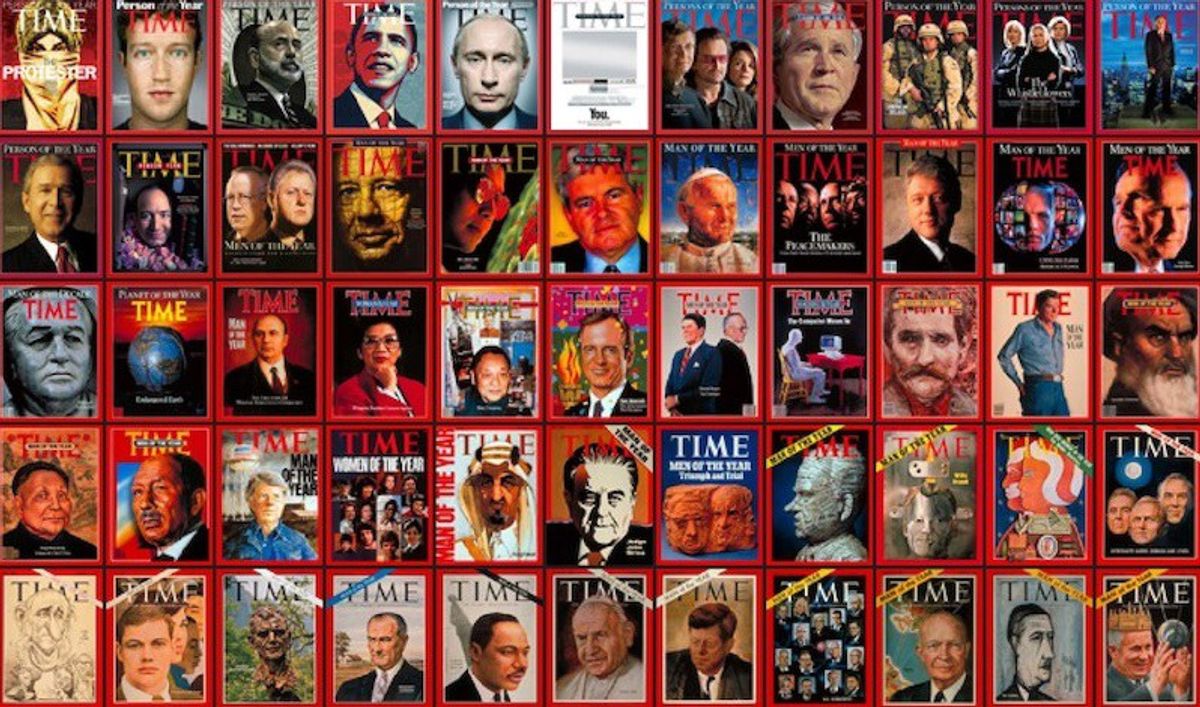 The world can be a scary place.

No matter how much I’d like to pretend that’s not true, sadly, it is. I’ve always had a habit of avoiding the news simply because I hate how much paranoia, fear, and hurt it puts into my heart. Naive, of course, to think that simply keeping the television turned off will do me any good, especially when I’ve always been overly invested in everything that’s happening to people throughout the world, but hey – it was an attempt.

The thing is - there never seems to be anything good on all those breaking news stories, and keep in mind this is coming from the person who has no plan of writing novels with stereotypical happy endings any time soon. However, it’s not just that the breaking news is heart wrenching – it’s that, in my opinion, it has people thinking of all the wrong things. Media’s presentation of these stories has people thinking of names that shouldn’t be in the limelight.

I’m tired of seeing people who commit horrid actions have their 15 minutes of fame.

I’m tired of seeing the face of school shooters, terrorists, murderers, and even robbers sit on my screen for hours at a time, be publicized on magazine covers for months, and become household names by the end of the night. I’m tired of standing in line at the supermarket and seeing Rolling Stone plaster the face of people like the Boston Bomber on their cover. I’m tired of typing in “Time Magazine covers” in web searches and having half of them be terrorists like the 1995 Oklahoma bomber, or shooters like those of Columbine High School. Click on those articles that show up on your Facebook page today about breaking news stories, and guess what the first picture will (probably) be of, the first name you read? That of those that committed the action.

Don’t get me wrong – knowing the facts is a vital step to understanding a situation, and that includes the identity of who did it. It’s important to know who, what, when, where, and – if you can find a reasonable answer – why.

But since when is the ‘who’ (the antagonist, not the rock band) the biggest part of the story?

I’m not trying to push for a sheltered life here – and in no way am I implying that I lived one. But once I’ve learned who did it, I’m ready to face what they’ve done. Figure out how we can help. Not learn their backstory or see pictures of them all dressed up for their high school dance.

Phillip Palmer, a news anchor for ABC 7 "Eyewitness News," has a habit of making sure he does not use the name of people who commit these horrid actions any more than he absolutely has to, and it’s a habit I’ve come to develop myself. I write in the hopes of making people think, of changing perspectives in ways that I believe will bring about change and influence.

The media doesn’t have to just hope that their stories will do this – they have the power already in their grasp. Everyone’s eyes are on them to figure out how to react and go about situations, especially in times of hardship and, quite frankly, terror.

Media impacts future actions. Once again, sad, but true. In today’s day and age, it furthers everything: what celebrities we pay attention to, who we put in power, even where we decide to go for dinner. Give one horrid person those 15 minutes of fame, and you may be giving another person a motive to be horrid.

Pay attention to those we’ve lost. Remember those names.

Pay attention to this feeling – frustration, determination, defensiveness to protect what is good. Remember it when you think you can’t do anything.

Because yes – the world can be a scary place.

Especially when we forget there are still ways to be brave.

Nicole Marie Nigro
Individual Creator
7034
c1.staticflickr.com
Where to start...... Let me start with the cliche that life throws us curveballs and what we do with it is what counts.