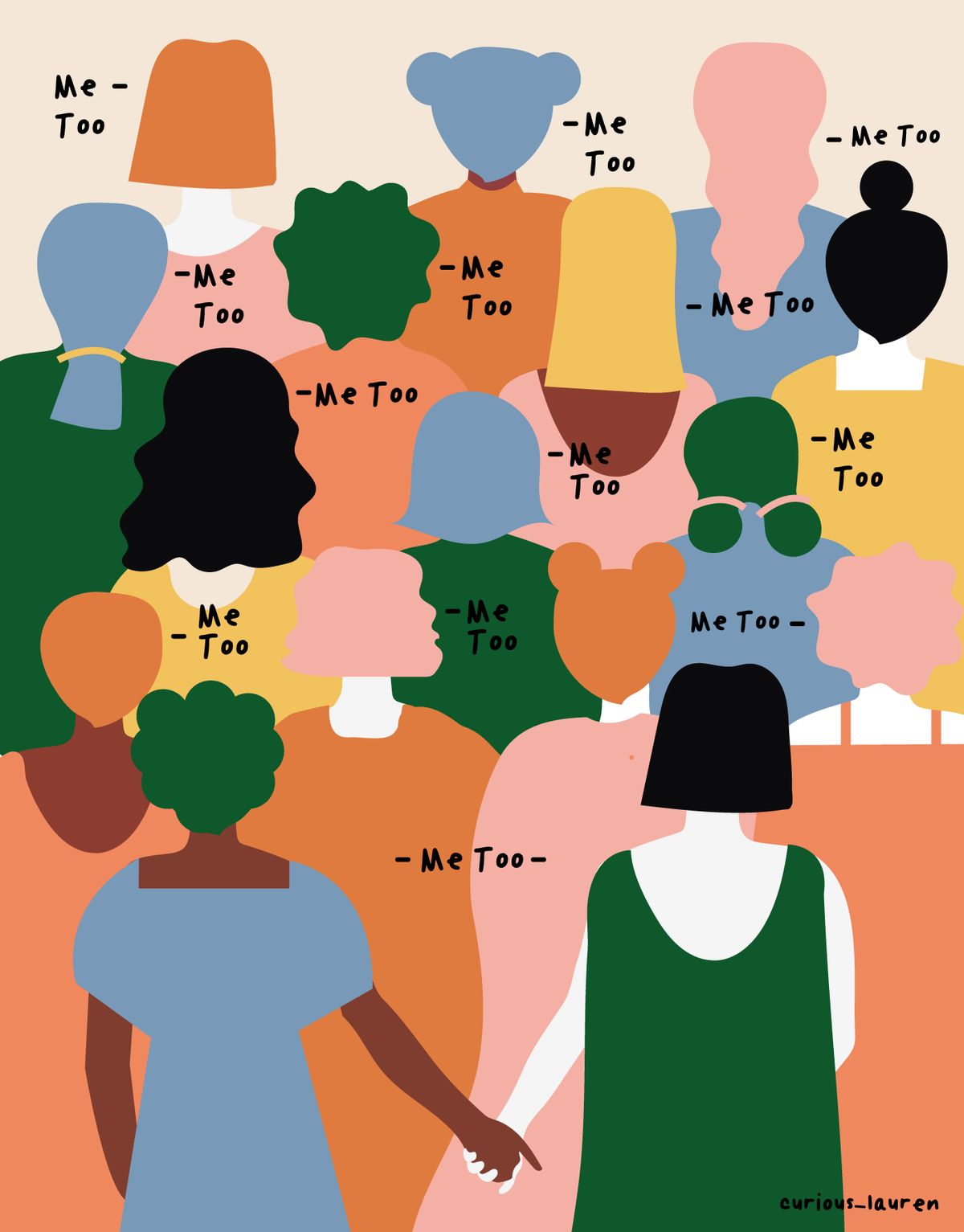 It was hard to watch, like everyone should find it hard to watch, as you scroll through your Facebook, Twitter and Instagram, and there they all are: Me Too. Friend after friend posted Me Too. Some shared stories and some didn’t, and it’s everyone’s own right whether or not they want to share stories about sexual assault and harassment. I am say, but never really post, Me Too.

To be honest, I did not post it, because I am one of the million women and men who will not post Me Too. For me, it is vulnerability. I do not like to show that something bad has happened to me, and really, while it stung at the time, thankfully, I wasn’t an one that was sexually assaulted. I was sexually harassed. We shouldn’t compare our scars to others, but to me, what I experienced was nothing compared to sexual assault.

I know that if I went “Me Too” on my account, there would be people asking, “You?”

Well, yes, actually, sexual harassment and violence comes no matter shape, size, gender, race, religion and everything else. No one is immune of it, but for some reason, people think that they can get away with it.

At the same time, I wouldn’t want my father to see it. I can speak to him about pretty much anything, and this is the hesitation. He wouldn’t say that I was asking for it or that the boy-- in my case-- was just trying to pay me a compliment, and he wouldn’t be too angry. I’m not sure how he would react, but I think I wouldn’t want to say it to him.

As for him “paying me a compliment,” that’s not how it works. There is a difference between flirting and sexual harassment. If you don’t have an understanding of the difference, I wouldn’t suggest “flirting” with any girl any time soon.

As for him “paying me a compliment” in that way, maybe when I was sixteen with low confidence did I think “Yes, thank you.” However, now as a woman with respect, no. When I was sixteen, I was happy to have anyone look at me; now, no. But this didn’t happen to me when I was sixteen. This happened to me when I was eighteen, nineteen and twenty. At no point through being sexually harassed did I ask what these males thought of me, but rather, they just had to say it.

This is my non-story to you as I say “Me too,” and my stories are none of your business, like the thousands of women and men who do not post their stories. It took me even a while to write this, and now I am done with it. Now, you can see how often it is and just another person it happens to. It is another person, and we never realized there were so many.