#MeToo... But I'm One Of The 'Lucky' Ones
Odyssey
CurrentlySwoonLifestyleHealth & WellnessStudent LifeContent InspirationEntertainmentPolitics and ActivismSportsAdulting
About usAdvertiseTermsPrivacyDMCAContact us
® 2023 ODYSSEY
Welcome back
Sign in to comment to your favorite stories, participate in your community and interact with your friends
or
LOG IN WITH FACEBOOK
No account? Create one
Start writing a post
Politics and Activism

I've never been physically assaulted, but I've been made to feel as if my body is not my own. 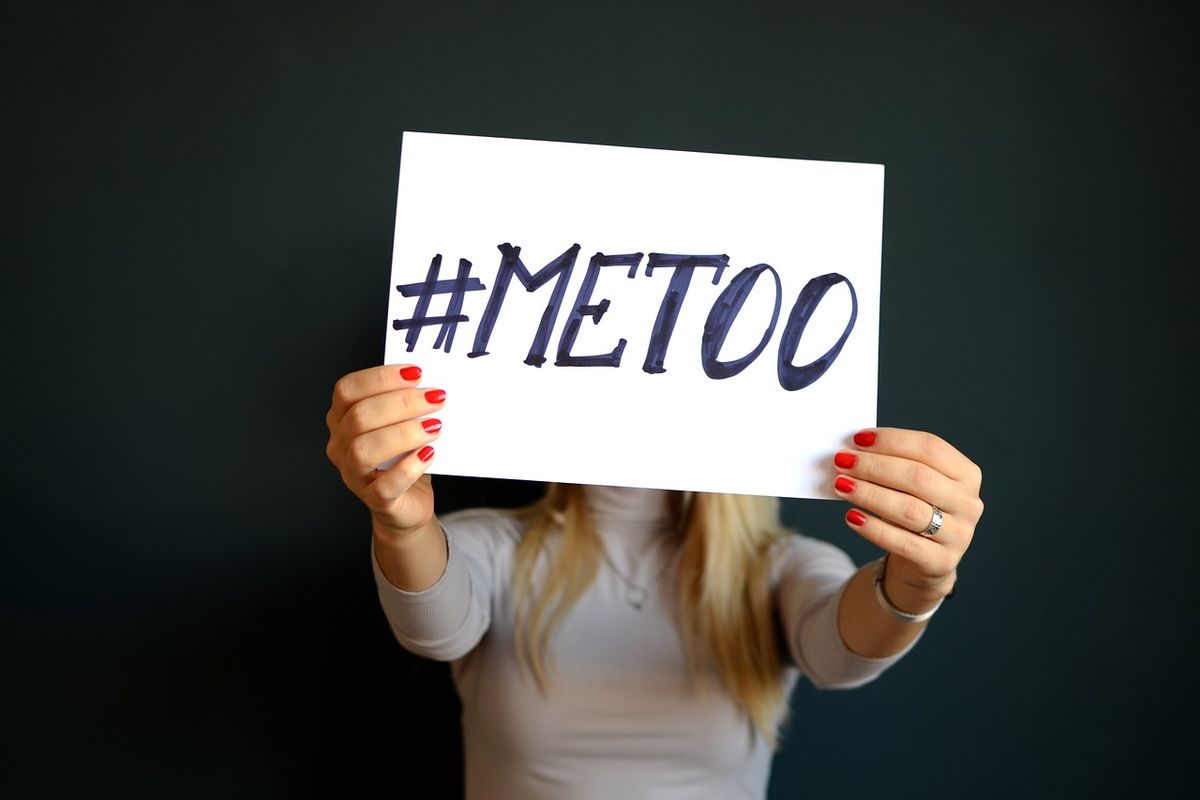 When I was in middle school, I would walk home after school with my friends. We walked together for most of the way, but when we hit the park I would turn right towards my house and walk the last three blocks alone. Those last three blocks were down a street with four lanes of traffic.

At least once a week, I would be whistled at, honked at or yelled at by men in their cars. It scared the shit out of me. I was 12 years old, but I learned quickly to walk with my headphones in, but no music playing — a way to look unapproachable but also be able to hear if someone was coming. I was 12 years old, and I didn't know the word "catcall" but I knew that these men startling me on the street made me feel gross. It certainly wasn't a compliment.

I wished I could say that the catcalling stopped as I grew older, but of course, it hasn't.

I wish I could say that I grew numb to it, but how do you grow numb to that fear? The fear that comes with being called out on the street, honked at, yelled at as if you're simply an object, a toy for them to play with. Because if they see you as less than human, what will stop them from grabbing you, taking you, using you? Instead, each time, my heart pounds and my skin crawls, as I survey surroundings for the best way to escape, or hide if need be.

When I was in high school, I had a male teacher who would put his hand on girls' shoulders and compliment them on their hair or their outfits. I didn't view him as a predator, but a well-intentioned man who wasn't aware that his behavior was crossing a line. Despite his intentions, however, his behavior made me feel unsafe and sick to my stomach.

When I was 18, I was a waitress at a small restaurant. One evening, I took a table of two young men, probably around the age of 25. After a few beers, one of them started asking me personal questions — my age, my relationship status, and if I would add him on Facebook. I politely dodged his questions. When I came back out to check on them, he again asked me for my full name and if he could add me on Facebook. I told him no, that I was not interested in adding any friends on Facebook, and moved on to another table. When I came back around, he tried to grab my wrist. I pulled away before he had me firmly in his grasp. At that point, I did not feel comfortable continuing to wait on those men. I, with embarrassment, went up to a male coworker of mine and asked him to take over the table. I lost out on that tab that evening.

The unfortunate thing is that that was not an isolated experience.

Though that was the only time a customer attempted to grab me and the only time I gave up a table as a result of harassment, it was not unusual for men, of any age, to ask me my age, make comments about my smile or my stature, or run their eyes up and down my body as I approached their table.

There's something about being checked out that makes you feel as if your body no longer belongs to you. Or, if it does, that you wish you could disown it.

Experiences like these have only increased as I've turned 21 and have gone out to bars with my friends.

There was a guy who kept trying to kiss me, despite me clearly dodging him each time. I didn't want to cause a scene, but eventually, I blatantly asked him to cut it out, at which point he acted hurt and offended.

There was a "nice guy" who "saved" me from a creepy drunk man who wouldn't stop putting his arm around me and asking me to dance. I was relieved — until this "nice guy" put his hands on my hips and tried to dance with me himself.

And of course, there have been the countless other uncomfortable, rude or scary comments and gestures to which I have smiled halfheartedly and then left the situation as quickly as possible.

Do you know what all this feels like? What it feels like to be harassed, even in seemingly minuscule ways? I'm sure most women can attest to it.

It feels like there's a scream buried deep inside of you, growing, but with no way to get out. It feels like every part of you that is strong, is suddenly weak.

It's when there's a pit in your stomach, your head is spinning, your limbs feel weak, your heart is racing, your chest feels tight, and you don't know when you'll feel normal or safe again. It is fear and sadness and anger and all your warning bells going off and your body telling you to run and cry.

I've never been physically assaulted, thank god. But I've been made to feel as if my body is not my own.

These incidents inflicted nowhere near the amount of trauma that so many women have experienced, and I still needed to stop after writing each paragraph, and take deep breaths to calm myself down.

I've learned to feel on edge whenever an unknown man approaches me, not because all men are predators, but because some (enough... too many) men are, and no one is stopping them.

In nearly every incident I mentioned, other people were present, and yet no one said anything.

Perhaps other people thought that it was too small, insignificant or harmless to speak up. Perhaps that they thought that their acknowledgment that such a behavior was wrong would make no difference, or put them in harm's way. Or perhaps they didn't see the behavior as wrong.

All I know is that if this behavior was treated as being as unacceptable as it should be, it would not be as pervasive in our society. All I know is that not enough is being done — because it's still happening.

(I would like to thank Tarana Burke for starting the #MeToo movement.)

Nicole Marie Nigro
Individual Creator
3718
c1.staticflickr.com
Where to start...... Let me start with the cliche that life throws us curveballs and what we do with it is what counts.