Things That Are Wrong With The MBTA

They really have some stuff they need to fix. And keep those fare prices down for once, for heaven's sake. 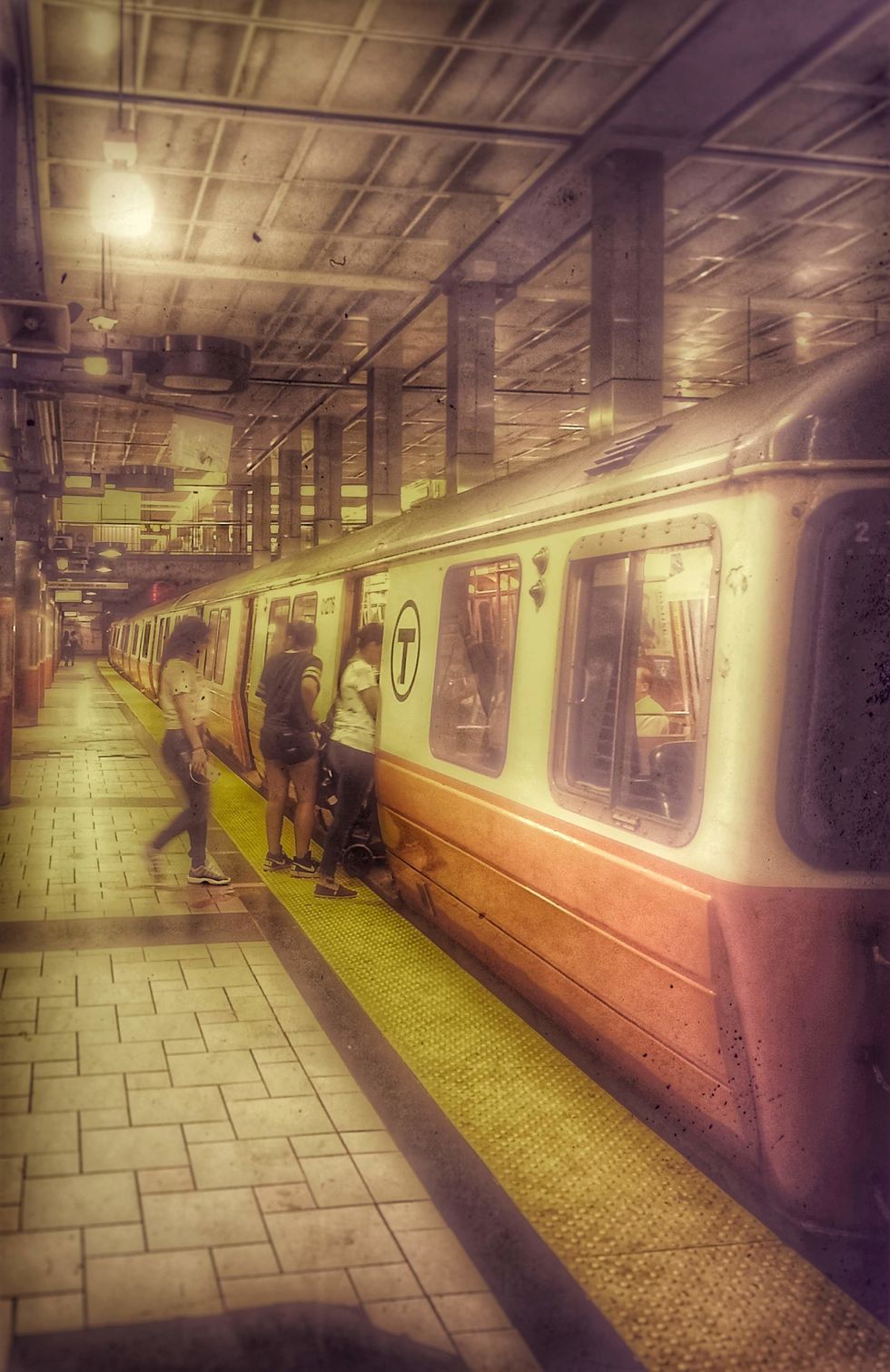 For many Bostonians, the MBTA (otherwise lovingly dubbed as the T), is the prime method of traveling around the city and beyond. Even residents who live well outside the area take solace in state's commuter rail so that they might get to experience the city themselves from time to time. But whether you live in Braintree or Hopkinton, Watertown or Dudley, the MBTA is bound to upset you in at least one of these ways every time you ride the train.

There's always at least one thing being renovated or constructed. Which translates to something being restricted during a ridiculously niche time of day, which just so happens to be the exact time you need to ride the train. Also tends to be where half of your tax dollars went this fiscal year.

If it feels like prices just went up the year before, then you're probably right. MBTA prices have gone up so many times in the past ten years or so it's almost impossible to keep up with. Which sucks for the people who can't afford it, but it also makes you wonder where the hell your tax dollars are still going.

(Note: this sign is from who knows how long ago. The price of a monthly pass has almost doubled by now.)

If you haven't crammed yourself onto a rush hour Braintree train during the summer, you haven't quite lived yet. Rush hours in Boston can range anytime from 4 to 6 at night, no matter the train -- so there's no loopholes if you're just trying to get out of the city. But if you're trying to get in, you're in luck! Nobody's on that train that time of day. Same thing goes for the middle of winter -- and it's probably worse then.

5. The Green Line in general.

It's slow, it's cranky, it's almost never on time and tends to stop in the middle of nowhere more than usual. The Green Line, while the most accessible to people living around Boston, tends to also be the source of most stress for commuters on it. It also tends to be the one people get the most lost on, which is understandable. Is that the B train or the E train you're getting on?

If you thought packing yourself into a sardine train in the summer was bad, try waiting for a train in the middle of the summer during said rush hour. You'll feel the sweat running down your back and evaporating into the air at the same time. You'll also most likely lose your grip on the pole because your hand's so sweaty.

The Green Line will stop every thirty seconds on every other street. On the Red Line, no one will get on or off at Andrew or Broadway, and the entire car will just stand awkwardly until it moves on to South Station. Perhaps there are actual people that need those stations, but it seems like every time the train stops, no one gets on, and no one gets off.

You know the one. The one that is somehow on every train you get on, but you can't exactly pinpoint where it's coming from? Or there's too many possible sources for you to figure out where the smell is coming from. Either way, it's an excellent commute. Maybe one day you'll figure it out.

Say, what's in that drink? We all know what it is -- we've all been there. And the crowds are pretty identifiable, especially after a Sox game afterwards rather than before -- revelry and general drunkenness abounding. Sometimes they're pretty genial crowds, especially after a win. But that doesn't change the fact that it's still a giant mass of bodies piling onto the train you're on. Not something you needed on your commute home.

I Visited The "Shameless" Houses And Here's Why You Shouldn't

12 Things You Know Too Well If You're From Sandusky, Or 'Cedar Point,' OH

Why Small Towns Are Boring