No Matter What Happens, We Are Still America
Odyssey

No Matter What Happens, We Are Still America

In the eye of the storm, You remain in control 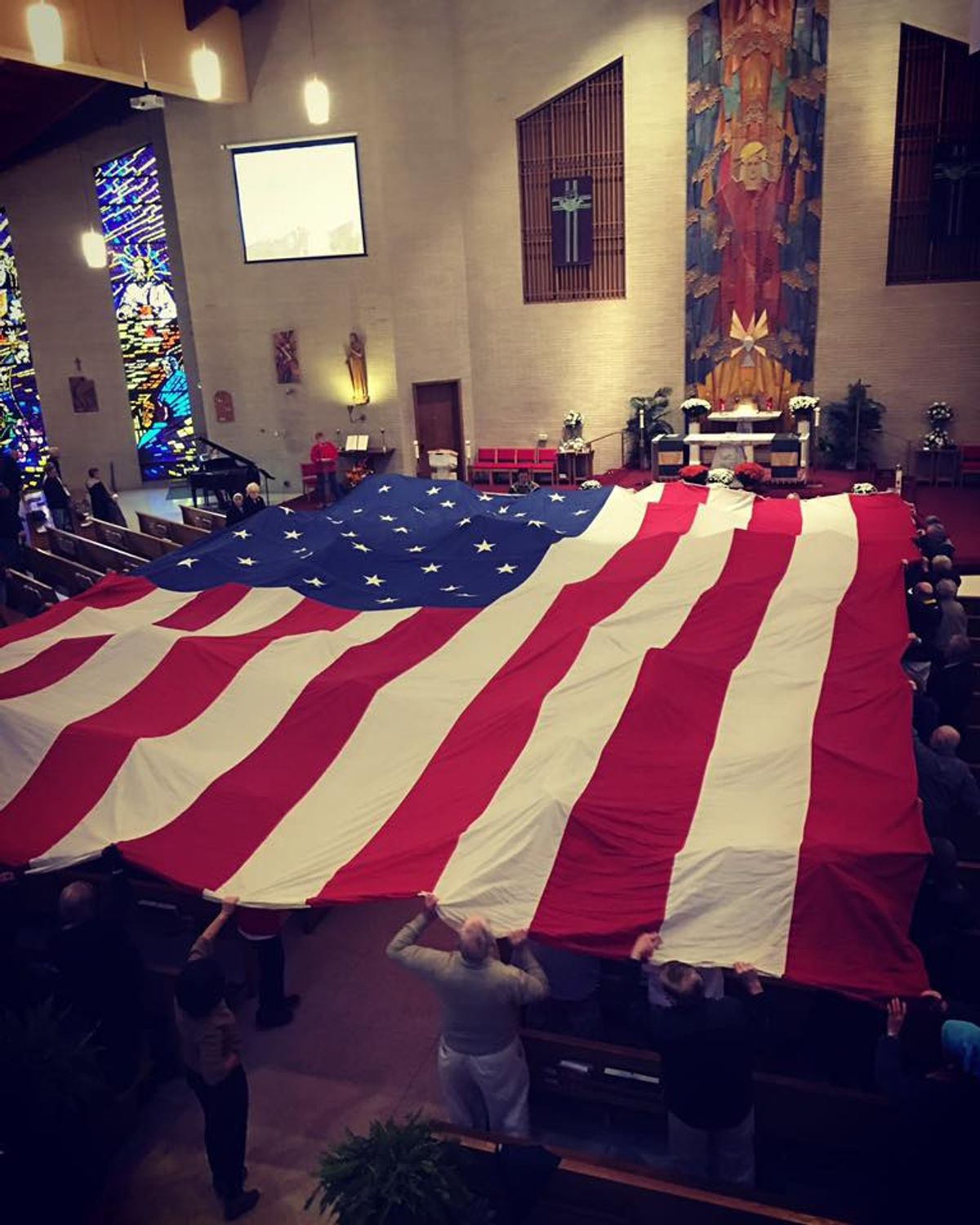 Election day is looming and with it comes a lot of unrest. Our nation is filled with great uncertainty as of late and it’s kind of been a scary place. The Black Lives Matter movement feel as if no one is paying attention to them. Police officers are being shot at for simply wearing the uniform. We are becoming all too accustomed to mass shootings in shopping malls and high schools. In times of apprehension people often question, if God really does exist, why is he hanging us all out to dry? Why out of all of the qualified people in our country are we left with these two candidates? Why, why, why? People rather question and wait for answers instead of going and finding them. The tension in this country hurts my soul, daughters and sons burying their mothers and fathers who are police officers, African-Americans feeling as though they are not welcomed and appreciated in our country, everywhere we turn, there is some sort of controversy.

I am born and raised Roman Catholic and my parents, my two sisters and I attended mass as regularly as possible growing up. When I moved two and a half hours away to a college that had no religious association, it became my responsibility to make sure I was going to church. For my first two years on campus, I would go to the mass held in the church on campus. One of my teammates had brought me to a church in the area and this year living off campus, I started to go there more frequently.

One weekend I was incredibly overwhelmed with schoolwork and basketball, but I could feel myself being called to church. I had been trying to decide if I was going to attend mass on campus or at Our Lady of Lourdes, in Utica New York, and something inside of me was telling me to go to Our Lady. I was being called to stop questioning “why” and go seek answers, and then something incredible happened.

“And when the tears of pain and heartache are falling down my face. I find my peace in Jesus' name”

The visiting priest stood up on the altar to give his homily and he threw his hands up in the air. He said he was watching the presidential debate and he said “God, why have you left us with these two candidates, I don’t understand.” I suddenly felt at ease. Even the priest was questioning God, I started not to feel so alone, but he ended up saying exactly what I needed to hear.

He began to explain that he was a veteran, and he had brought his American flag to church that he had received on duty. He asked us as a church to display the extremely large flag in the middle of the church, and we were going to pray for America. The flag was unrolled and the young and the old gathered to help hoist it up. We sang “My Country ‘Tis of Thee” and “America the Beautiful.” After we were done singing, we prayed. Prayed for America. The young and the old, the sick and the poor, the black and the white, the unhappy and anyone else who needed some strength. I was moved to tears, thankfully the woman behind me was kind enough to send me the pictures she took from the upstairs view point.

“My only hope is to trust You. I trust You, Lord”

After sitting through the rest of mass and going home and reflecting, I realized how moved I was by this, experience. Though it seems incredibly minor, it was life changing. It’s okay to question and it’s okay to wonder “why God, why must this happen,” but you must be willing to open your hearts and let God give you an answer.

This presidential election season has brought out the worst in people. Citizens are ready to move to other countries if Donald Trump is elected and #HillaryforPrision is trending on social media. We are a nation divided. No matter what end of the spectrum you are on, or who you choose to vote for, I beg you to remember we as a whole are America. I watched as the young and the old gathered to the center pews and proudly hoisted the flag of our great country in to the air as we prayed. People came together.

God gave me the answer I needed. This great nation of ours is going through some complicated stuff, but regardless of the outcome of this election, we are still America. Who is standing in that Oval Office does not make up our entire nation. “We the people” do. It is our job to be kind to one another, to support one another and to help one another. We are all broken, just not in the same place. Thomas Merton once said, “our job is to love others without stopping to inquire whether or not they are worthy.” So go out and love thy neighbor, regardless of who you are voting for in this next election. The more we take responsibility for our own actions the better place the United States will be, and I don’t know about you, but I still whole heartedly believe this is the greatest nation on earth and I am blessed to live here.

Continue to pray for America, it’s all we can do.

Kassie Hsu
Baylor University
4619
Panda Whale
Here are 100 things I'd rather to than study. I know the semester just started, but
Featured