A Cystic Fibrosis Patient's Liver Transplant Miracle
Odyssey
CurrentlySwoonLifestyleHealth & WellnessStudent LifeContent InspirationEntertainmentPolitics and ActivismSportsAdulting
About usAdvertiseTermsPrivacyDMCAContact us
® 2023 ODYSSEY
Welcome back
Sign in to comment to your favorite stories, participate in your community and interact with your friends
or
LOG IN WITH FACEBOOK
No account? Create one
Start writing a post
Health and Wellness 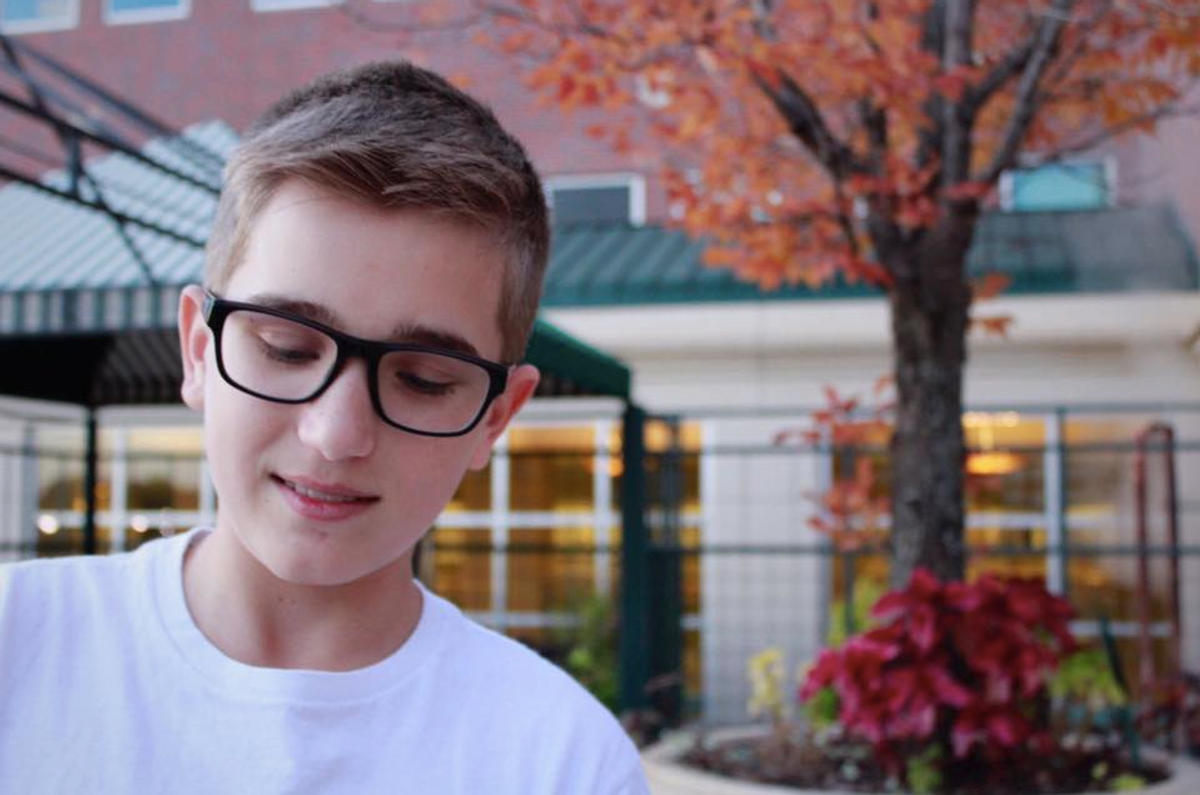 Just two days after his 15th birthday, Mason Grimmett received a liver transplant that would save his life for the second time. Days before, Mason faced major complications with his first transplant and his family was told that his body would survive just three or so more days without a new organ.

As a child with cystic fibrosis, Mason Grimmett grew up having experienced only mild pulmonary difficulties, and hospitalizations due to pulmonary complications were rare.

Young Mason’s CF experience for most of his childhood and adolescence pertained to his liver. As many people with CF will likely say, the disease manifests itself in different ways in all of us, and we all have our own unique experiences as a result.

Mason's family was well aware that Mason would eventually need a transplant due to the progression of his liver disease. Because of Mason’s low-functioning liver, his spleen was overcompensating and becoming enlarged, putting it at risk for rupture. Over time, doctors advised him to avoid contact sports and to prepare for an eventual transplant. Yet, Mason's outlook on needing a new liver has always been incredibly positive, taking his prognosis in stride.

Even going into surgery, when Mason’s sisters and mom asked if he was ready for the transplant, he wasn’t nervous at all and handled it gracefully. He had always known this day would come and was excited for this turning point in his life.

The day after his first transplant, Mason and his family learned that he had 'graft failure' and needed a second liver transplant as soon as possible. His current organ, which was a partial liver donated by a living donor, could sustain him for a short time. Doctors told the family that Mason could probably survive on the failing partial liver for a few days, but that his only option was a new organ from a cadaver donor.

Mason's miracle came the day after his 15th birthday, when his family learned that a second organ was a match. Mason was not conscious when this news arrived, but his family's spirits were immediately lifted -- there was new hope!

Within just four days, the family experienced both the darkest and brightest moments in their lives, leaning on each other for comfort and support, as well as celebrating the arrival of a new organ.

Now, two months later, Mason is nearly fully recovered and thriving with minimal complications. He has already returned to school.

Mason’s incredible story is not just a testament to his strength and character as a person, but it is representative of the courage and bravery that make the CF Community so strong.

Even with the harsh realities that people with CF face every single day, we see miracles so very often, no matter the size. Mason’s miracle was the gift of life thanks to amazing doctors, a strong support system, and the selflessness of his donor and donor’s family.

Had it not been for his donor, Mason might not be with us today. It is so, so important, especially in the CF community, that we raise awareness for organ donation. Many of us and our loved ones will need transplants in our lifetimes...

And that is why it is so important for people with cystic fibrosis to direct as much energy as possible toward promoting organ donation, as well as organizations like COTA (Children's Organ Transplant Association), which helps people like Mason and their families to brave through such difficult times.

More of Mason's transplant journey can be viewed here.

I'd like to give a special thanks to Morgan Barrett, Mason's sister, who took the time to help me write this article. Morgan, thank you for inviting me to hear your story and tell it - to the best of my ability - to Internet communities around the world. I hope that together, we are able to bring awareness to the amazing possibilities that organ donation has to offer and the importance of becoming an organ donor.

Morgan Barrett (24), Allison Grimmett (22) and Mason Grimmett (15) are siblings who are all living with cystic fibrosis. Sharing a journey with CF has only made them closer over the years, and they are grateful to have each other to lean on (even though they wish they could take away each other's disease!) The past year has been very busy and exciting for the family: Morgan got married to her husband Kory in October 2015, Allison had her daughter Callie in September 2016, and Mason had his liver transplant in October 2016! Despite living with CF, all three have always been committed to living full, happy lives. They credit their success to their mom, Kristin, and their extended family.

Nicole Marie Nigro
Individual Creator
2409
c1.staticflickr.com
Where to start...... Let me start with the cliche that life throws us curveballs and what we do with it is what counts.