The Vineyard is beautiful, but it isn't perfect. 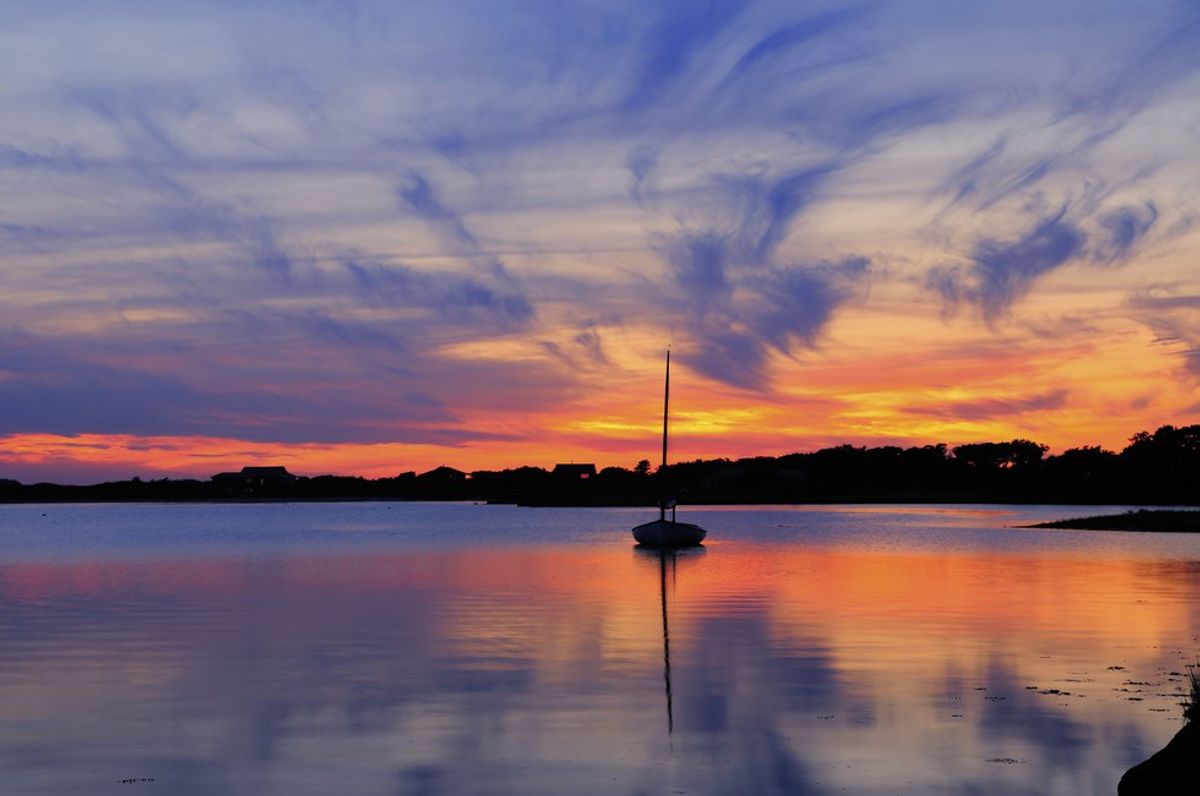 Recently, local hero Mike Benjamin published a piece for the New York Times called "Martha's Vineyard, Off-Season" that makes a case for the island's unconventional, melancholy beauty during the fall and winter months. While his prose is exceptional and his reflections are truly "bucolic," Benjamin buys into the very stereotypes that he seems to be trying to debunk. His piece perpetuates the myth that the Vineyard is an idyllic paradise, regardless of season, and makes no effort to deal with the darker issues that the island's year-round population faces.

When the off-season arrives on Martha's Vineyard, local police and counselors encounter a spike in cases of depression, alcoholism, drug abuse, drug-related crime and domestic violence. While the Vineyard in the off-season may be a welcome respite from the hustle and bustle of summer life for some, it forces many others to confront their demons as the pleasant distractions of summer scuttle away.

Due to the huge discrepancy between summer life and winter life for year-round island residents, countless members of the island community struggle with Seasonal Affective Disorder (SAD). While no data exists on the prevalence of SAD among residents, seventeen percent of the island's year-round population has been diagnosed with clinical depression, which is double the national average.

The suicide rate in the Cape and Islands region for people 15 to 24, and for middle-aged men, is double that of the state average. Further, in 2006 to 2007, 12% of Vineyard high school students reported having attempted suicide and data suggests that this figure has continued to rise in recent years.

Given that many turn to substance abuse to cope with mental illness, the Vineyard is the drunkest county in Massachusetts, with 28% of adults participating in excessive or "binge" drinking practices. The island's issues with substance abuse also creeps into the school system.

As someone who grew up in this school system, I can say with authority that effectively everyone who enters the high school will leave with some experience in casual drinking, drinking in excess, or with other recreational drugs. The drinking and drug culture within the high school is normalized by the fact that it's virtually inescapable. There is absolutely nothing for teenagers to do in the off-season besides go to school and hang out in friends' basements. Casual substance abuse makes the reality that there is nothing to do just a little more bearable.

Currently, the island is in the throws of a heroin epidemic like it has never seen before. The problem has become so far-reaching that high school students have even been getting caught with opiates, prescription or otherwise. The local police force has been overwhelmed trying to deal with the issues of the drugs being dealt around the island as well as having to respond to overdose cases.

Working retail a few summers ago, I once apologized for having to bring in a police officer after an instance of shoplifting and he responded saying that he was so excited that I had called it in because it meant that he didn't have to go to another heroin overdose. The island's heroin epidemic is symptomatic of larger national issues regarding prescription painkillers but it plagues the year-round population nevertheless. If we want to talk about the realities of island life, we need to be ready to talk about more than scenic kayak rides through the fog.

Benjamin quips that "Portuguese is, in fact, a second language on the island" given the large Brazilian immigrant population. This attempt to capture the diversity of the Vineyard falls short as Portuguese may be spoken by a large percentage of the island's year-round population, but their language is not at all embraced by the rest of the Vineyard community. Benjamin fails to recognize the intolerance that the Brazilian population faces.

To give just one example, I vividly remember an instance in kindergarten when a teacher once reprimanded a Brazilian student, threatening to staple him into a box and ship him back to Brazil. Brazilian students feel isolated in the island's school systems and the Brazilian community faces constant criticism, especially in our current political climate, as other locals feel that the immigrant population threatens their jobs. Benjamin's two-sentence shout out to the Brazilian community on the island is clunky, incomplete, and does not read as authentically inclusive.

"Martha's Vineyard, Off-Season" is a beautiful piece, but it does not fully capture the essence of the community it seeks to speak for. While Benjamin's personal essay may resonate with many who have sought refuge from the chaos of life on the mainland by building homes on the Vineyard, he fails to address how island life isn't always beautiful. Living on Martha's Vineyard can feel isolating, bleak, and wholly depressing but as a community, we can come together and confront these difficult issues that distress our home.

Everyone loves to paint the Vineyard as pastoral and characteristically unflawed, but if we keep framing Vineyard life like this, we'll continue to ignore the harassment of the Brazilian community, and we'll continue to normalize substance abuse as a mechanism for coping with mental illness. If you want to write about your experience on the Vineyard, have at it, but consider what kind of an impact you want your piece to make.

Do you want to convince people that the winters are beautiful and just as fulfilling as the summers, or do you want to make a difference in reframing these narratives as to accurately address the hardships that face the year-round population? If we continue to do the former without the latter and refuse to acknowledge that the Vineyard may be fundamentally broken, we will never be able to come together to properly address these life-or-death issues that afflict our community.